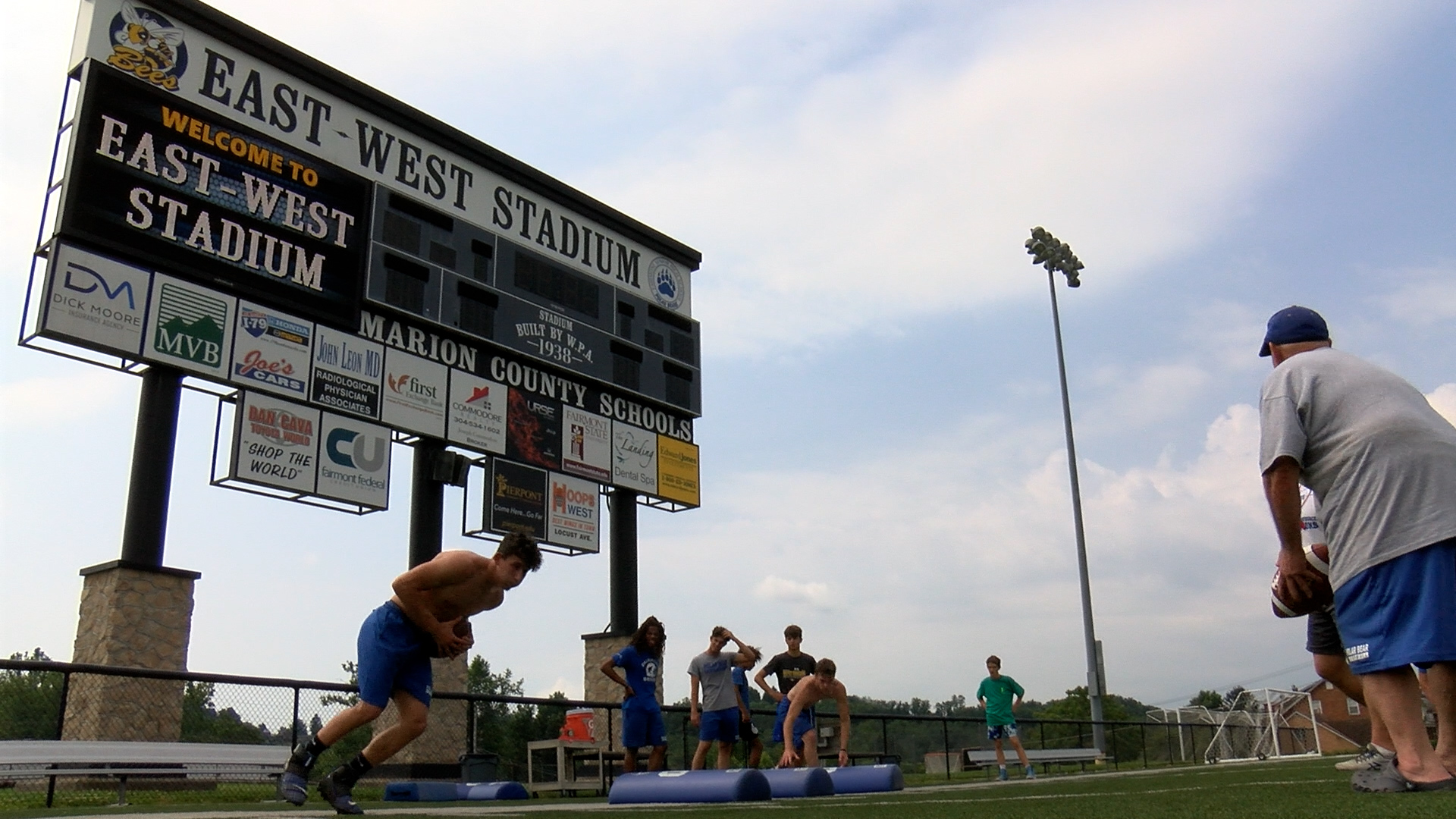 FAIRMONT, W.Va. — Fairmont Senior lost to three of the top seven teams in Class AAA last fall and had another regular season game wiped out by COVID. They were the last team in the Class AA playoff field with a 5-4 record. The Polar Bears needed to win three postseason road games just to get to Wheeling. Wins at Herbert Hoover, RCB and Poca brought the Bears back to the Super Six and a nine-point win over Independence completed a successful Class AA title defense and secured a third state title for Nick Bartic’s club in the last four seasons.

“With the different levels of adversity that we had, there’s a different level of satisfaction, I’ll say that. Maybe not necessarily more,” said Bartic.

“To be the 16th seed and come from the bottom to the top, what else can you say? It is the best feeling I have ever had in my life, honestly,” said FSHS senior running back/linebacker Germaine Lewis. “As a kid, I have always wanted to be in this position. We made it happen last year. Hopefully we can do it again.”

The Polar Bears battled injuries to underclassmen at key positions a year ago. They were able to build depth as a result of some absences. Sophomore running back and linebacker Dylan Ours was limited to eight games. Germaine Lewis excelled as the starting running back in his junior season. He rushed for 1,204 yards and 13 scores.

“Right away, I felt comfortable,” Lewis said. “I have been working on that position ever since I was four. All I had to do was wait for my time to shine and I let it go.”

Freshman Brody Whitehair assumed the starting quarterback spot midseason but he was later lost to injury. Now a sophomore, Whitehair figures to take control of the Polar Bear offense.

“Having only played a few games last year, he has a lot of game that I think he wants to prove,” Bartic said. “That’s what this practice period is all about. The 7-on-7 competitions will be a good way to bridge the gap into this season.”

The Polar Bears bid farewell to the state’s top lineman. Eric Smith is now in preseason camp at Miami of Ohio. Bartic is hopeful that the next men up can be found to preserve the standard of superior line play at Loop Park.

“That will be a main focal point for us,” Bartic said. “We are really trying to develop the depth especially here in the three-week period.”

Last season showed that the Polar Bears could handle adversity and adapt to changes in personnel or scheme. The Fairmont Senior program has been bolstered by great quarterback play over the last decade and a half. Last year, the Polar Bears ran the ball on 68 percent of their offensive snaps.

“You always have a plan. And then from there the adjustment and rescheming starts. As much as you can stay on schedule with how you want to implement things, you do that. But especially as last year showed us, you have to be mobile and fluid in whatever your game planning is,” Bartic said.