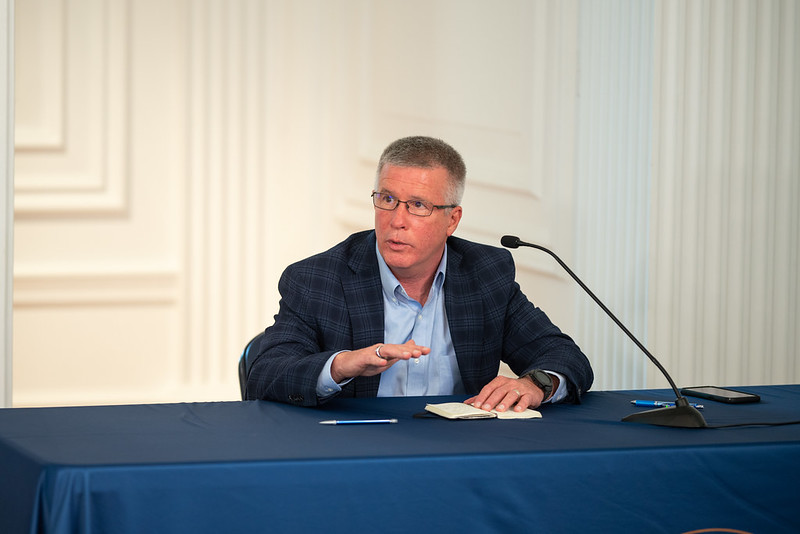 CHARLESTON, W.Va. — The state’s Inter-Agency Task Force on COVID-19 says it should be ready to distribute more than 17,000 doses of vaccine for kids 5 and under when final approval comes from the federal government.

That approval appears to be just days away after a federal Food and Drug Administration outside advisory panel voted unanimously Wednesday for the agency to authorize Moderna and Pfizer vaccines for the youngest age group.

The group’s approval came just hours after state InterAgency Task Force Director Jim Hoyer announced the state was set to receive the vaccines as early as next week.

Approximately 8,600 of the doses will be Moderna and about 8,800 Pfizer, Hoyer said.

“About half of those have been ordered by our pharmacies, the other half are for physicians’ offices including pediatricians as well as local health departments, community health centers and hospitals,” Hoyer said.

Those between the ages of 3 and 5 can receive a vaccination at a pharmacy but those under the age of 3 can only be vaccinated by a pediatrician or at a county health department.

State Health Officer Dr. Ayne Amjad said the Moderna vaccine for young children will be a two-dose vaccine series about two weeks apart. She said Pfizer will be a thee-dose series. It will be thee weeks apart between dose one and two and then two months after that for dose three.

Amjad said everyone wants to know when the shots will begin. Reports Wednesday indicated it could be as early as next Tuesday.

Hoyer reported Wednesday the Rt Value, which indicates rate of spread of the virus, has dropped below 1 again in West Virginia. He said active cases are dropping along with hospitalizations.

Hoyer said things are going in the right direction but it’s not time to stop the state’s efforts. He said Gov. Justice has indicated he wants the task force to continue its work.

“This is not over. It’s a complicated process with a lot more work to be done. That’s why he’s continued to press to make sure we have this coordinated effort across West Virginia to protect West Virginians,” Hoyer said.

Justice said Wednesday that members of his task force including Hoyer, Amjad, state Coronavirus Czar Dr. Clay Marsh and state DHHR Secretary Bill Crouch have been an insurance policy for the state.