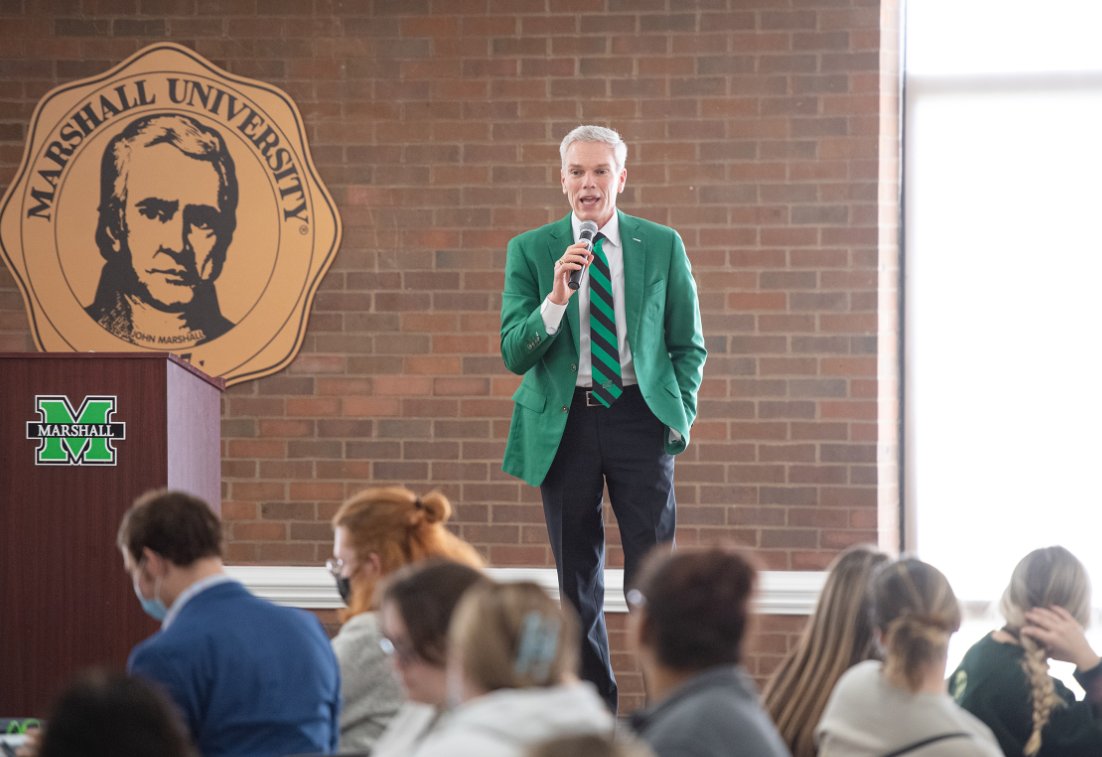 HUNTINGTON, W.Va. — Marshall University President Brad Smith told members of Marshall’s Board of Governors Thursday that his office has been busy working on issues identified in more than three dozen listening sessions he conducted during his first 100 days in office.

“There is not grass growing under our feet. We have work underway and we’ll keep you updated as we go,” Smith said.

Smith said four cabinet-level positions have been filled, active searches are underway for three additional positions and two other openings are “on deck” for searches.

The current searches include for the new position of chief marketing officer, information and technology officer and chief financial officer.

The on-deck searches will be for a new dean of the Joan C. Edwards School of Medicine and a vice president for workforce and economic development.

“That is a lot of activity around bringing world-class talent into the institution but we also have people moving into new roles,” Smith said.

Smith also told the BOG efforts are already underway to improve Marshall’s finances including the launch of a strategic enrollment management plan. Marshall’s enrollment is down 19% from five years ago.

Smith said they need to make sure Marshall is affordable.

“Grow students not fees,” Smith said. “We’ll minimize tuition and fee increases and we will measure success through the eyes of the students.”

Marshall is also working on a plan to “reimagine the end to end student experience,” Smith said.

Smith has his first news conference as president set for next Monday afternoon.

BOG Chairman Patrick Farrell announced Thursday the BOG will have an emergency session next week to take action on a new baseball stadium. Smith is expected to have a recommendation.