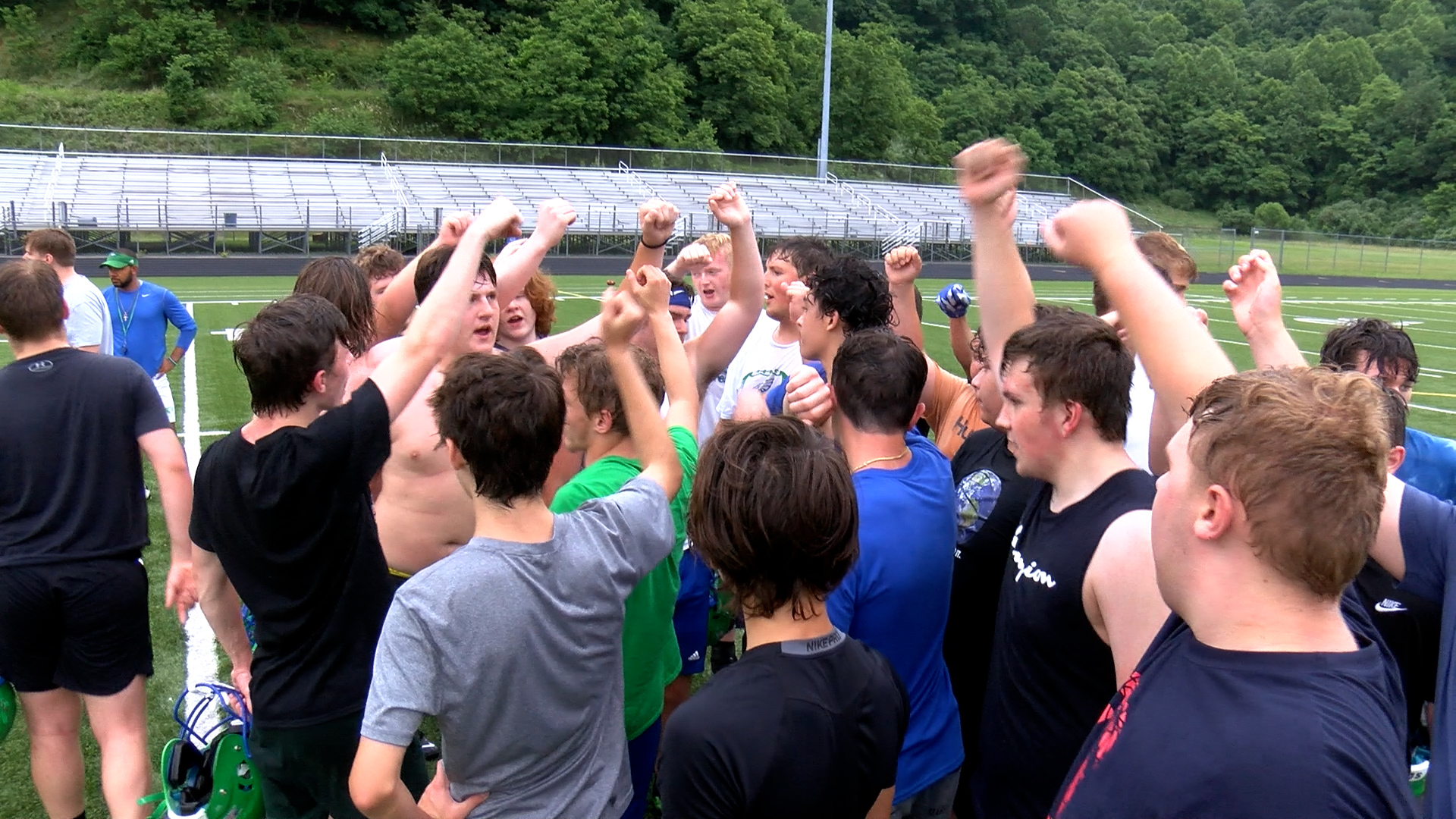 CLARKSBURG, W.Va. — Robert C. Byrd has qualified for postseason play in ten of the last twelve seasons. In 2021, the Flying Eagles went 6-3 in the regular season and defeated Scott in their playoff opener. In the quarterfinal against defending state champion Fairmont Senior, Byrd took a one-point lead with 90 seconds to play. The Polar Bears returned the ensuing kickoff to win 33-28. It was Byrd’s second one-score loss to Fairmont of the year. Head coach Josh Gorrell hopes attention to detail is a lesson that is remembered throughout the offseason.

“We took a play off. It cost us,” Gorrell said. “You’ve got to understand that every play matters. Every rep matters. We are preaching that. Hopefully that catches on. And if it does, we’ll be fine. We left a lot on the table last year. But that is over and done with.”

“I love Jeremiah. I have said that for four years. He is a special kid. But he is gone. We’re going to get everyone else ready and we’re going to continue to do what we do,” Gorrell said. “Latrell Jones and Braylon Hilliard both are capable of being thousand-yard guys. I don’t have any doubt with either one of those two guys with the ball in their hands. I think we are going to be explosive outside. I think we are eight to nine-deep at receiver. We’ve got some really special kids there.”

“I am way more comfortable because now I have a year under my belt,” George said. “I really have a feel for what is going on. So I am real confident going into this year.”

“His progression and growth throughout the season was tremendous,” Gorrell said. “I think it really showed in the second half of the Fairmont [Senior] game when he led us. We were down 21-0 at halftime. He led us and we came back and took the lead. A lot of that was laid upon his shoulders.”

Gorrell is optimistic that the offensive and defensive lines can be one of the best groups he has coached. The unit is led by senior Wyatt Minor. He is attracting heavy interest from top-level Division I programs.

“He is going to set the edge. He is going to do everything we ask him up front,” Gorrell said. “Obviously, we are going to run right behind him. I know what he is going to give us every Friday night. His work ethic and how he prepares has carried over to the other five guys we have up front and they have all bought in. Logan McCartney, Logan Frum, we have guys up front. We are going to be as good as we have every been up front, which is a real plus for us.”