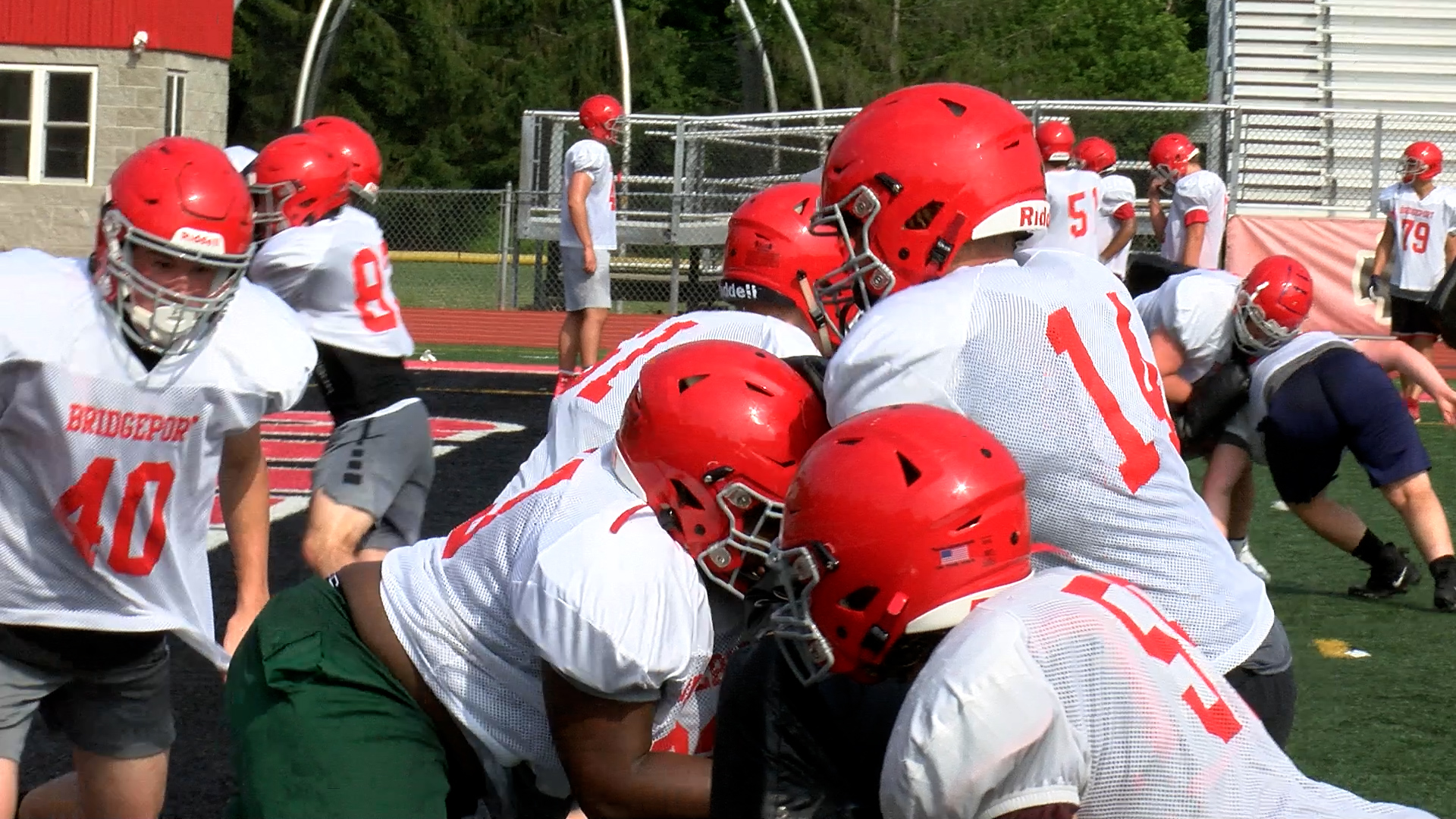 BRIDGEPORT, W.Va. — Only three teams in West Virginia won more games in 2021 than the Bridgeport Indians. With a 12-1 record, Bridgeport advanced to the semifinal round for the eleventh consecutive season.

“Our expectation here is to try to be the best team in the state,” said Bridgeport head coach Tyler Phares. “That’s always what it is going to be. Even though we were happy with our season, we were a little disappointed with a poor taste in our mouth. The kids hit the offseason hard. We’re hoping to get back and get another shot.”

Tyler Phares was promoted from offensive coordinator to head coach in 2021 with similar results showing up on the scoreboard. Last fall, Bridgeport averaged over 43 points per game while going over the 50-point mark four times.

“It wasn’t much of an adjustment,” said Bridgeport senior tight end/defensive lineman Parker Vincent. “Coach [John] Cole pretty much taught the same thing. They are two of the best coaches I have ever had.”

“It really wasn’t a transition,” said Bridgeport senior lineman Quinn DeMotto. “We ran the same offense we ran two years ago. I was in the same spot, same as everybody else. It was an easy transition.”

Perhaps no team is more excited to put the pads on in June than Bridgeport. The new rule, which allows padded practices in the three-week workout window, serves the Indians well as they welcome back a line that remains the core of their culture.

“I like our line. I like how we are athletic. We are not just big, fat dudes. We are going to get you,” said Bridgeport senior lineman Kamar Summers.

“We are a lot less green there than we were last year,” Phares said. “We had a lot of sophomores playing for us. Now, we are junior and senior-heavy on the line and that is going to help us out.”

The Indians must replace their top three rushers from last season with the graduations of Landyn Reppert, Cam Cole and Aidan Paulsen. Charlie Brazier and Phil Reed should transition to increased roles in the backfield. Brazier and Reed were two of the team’s top three in tackles last season on a defense that allowed 16 points per game.

Bridgeport ran the ball on 95 percent of their snaps last season. Phares says that senior Anthony Spatafore and the team’s other backs give the Indians some options to go to the air.