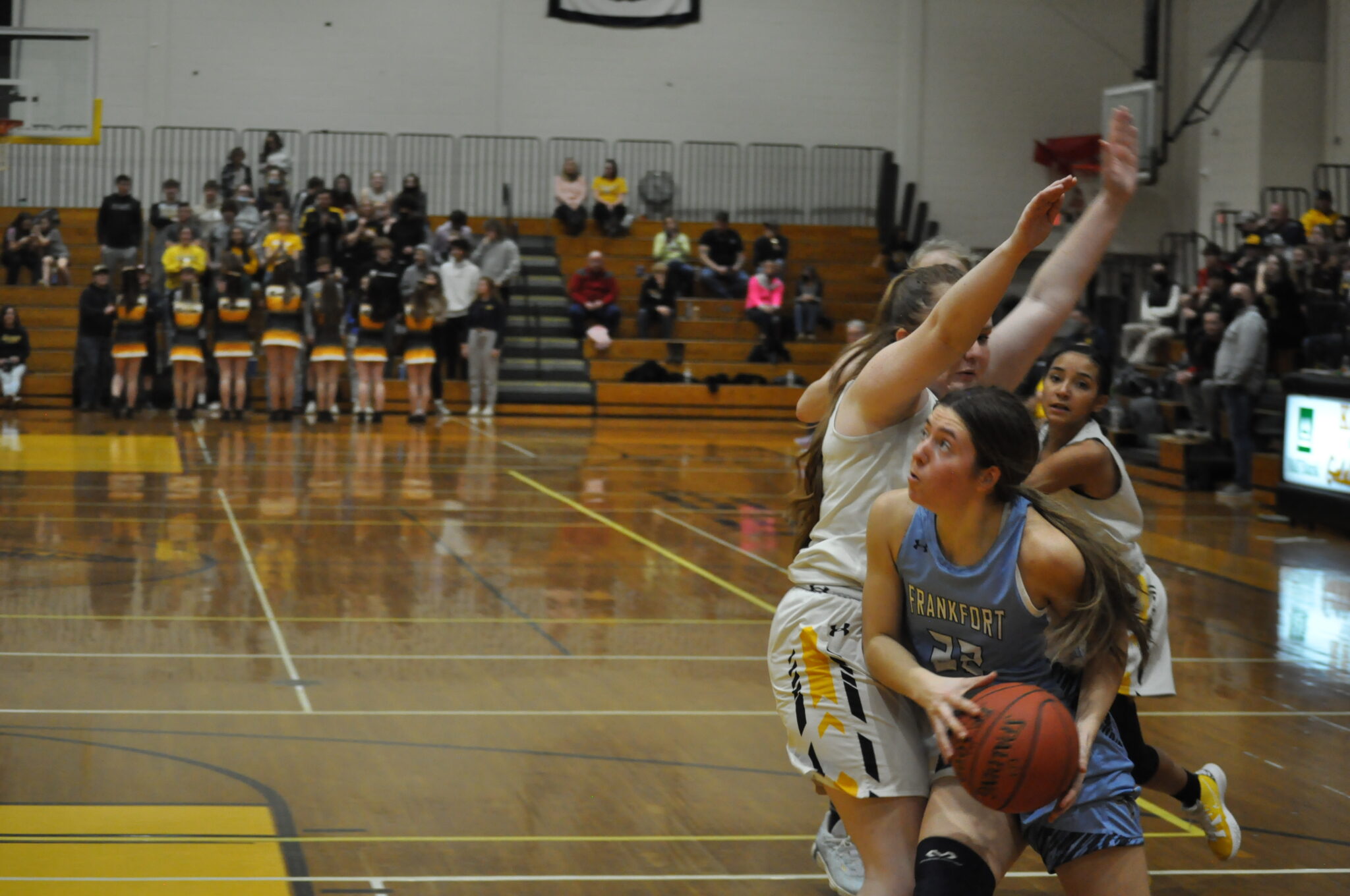 Perhaps being successful in athletics was meant to be for Halley Smith.

Smith recently wrapped up a memorable three-sport career in soccer, basketball and track and field at Frankfort High School. She is now in the process of preparing for the start of college at West Liberty, where Smith will continue her career on the hardwood.

“I’m working on my ball-handling, side-to-side maneuvering and conditioning to make sure I’m ready to go at the next level,” Smith said.

If Smith’s upbringing and family ties have any say in the matter, Smith will be a welcomed addition to the Hilltoppers’ program.

Her mother Debbie Smith (formerly known as Debbie Blazek) was a guard on West Virginia’s women’s basketball team from 1992-1995 and a two-year captain. Father Garret Smith was a four-year member of the WVU rifle team from 1990-1993, during which time the Mountaineers were unbeaten and national champion each of those seasons. Garret Smith was twice an All-American while shooting rifle for the Mountaineers.

Then perhaps it was no surprise to see Smith shine in just about all she did as a high school athlete, while her mother served as an assistant basketball coach for each of her last three seasons with the Falcons.

“It was definitely something I’m grateful for,” Smith said. “She’s always supported me. She’s given me the love for the game, especially on the defensive end. That was her speciality and that’s always been an aspect in practice that she focuses on. That definitely helped me throughout my career.”

While Smith may specialize on the defensive end, her offensive game isn’t exactly lacking. The 5-foot-7 guard averaged just north of 20 points in her final season at FHS. Despite being the team’s primary ball-handler who often drew the bulk of attention from opposing defenses, Smith scored consistently while leading the Falcons to a regional championship and spot in the Class AA state tournament.

Smith was a Class AA first-team all-state selection for her efforts as a senior, which followed all-state honorable mention honors and a spot on the Class AA-A Region I first team from the West Virginia High School Soccer Coaches Association. Smith also qualified for the state track meet three times as a Falcon.

Yet her Frankfort athletics career wasn’t quite finalized until the recent North-South All-Star Basketball Classic at South Charleston Community Center. It was in that game that Smith scored 11 points, the last three of which gave the North a 60-59 last-second win as Smith knocked home a 3-pointer after receiving a pass from Parkersburg South’s Skyler Bosley.

“We expected Skyler to drive, but then they collapsed on her,” Smith recalled. “I was sitting there and she kicked it out for the three. I let it fly and it fell for me. It felt good.”

Smith’s experience in the all-star event for senior athletes allowed her to not only represent FHS a final time, but also to compete with and against players at a similar skill level.

“I knew the one girl from North Marion [North teammate Katlyn Carson], but other than that it was a lot of Triple-A girls,” Smith said. “I don’t really see them often. We hear of them of course, but it was really neat and it’s a different aspect out there with girls you don’t get to practice with every day. It was definitely a unique experience.”

In the process, she formed new friendships and made memories that will last long into the future.

“You don’t get to practice with them every day, but it’s a way to build different relationships with people and get different takes on the game, because everyone has theirs,” Smith said. “They’re true to themselves. It’s kind of a different experience, but definitely something I’m grateful for.”

Smith also had a unique experience playing for Jason White.

White, a former head coach at Morgantown High School, left behind that position for a move to North Carolina after his wife got a job there during basketball season. White helped the Mohigans finish Class AAAA runner-up in 2022 and opted to coach a final high school basketball game in West Virginia when he was offered the coach to coach the North.

“He told us that this was his last game coaching in West Virginia and he doesn’t know if he’ll coach after this,” Smith said. “We played our hearts out. He coached us well and encouraged us the whole time. That’s what you need as players from your coach. It was definitely helpful.”