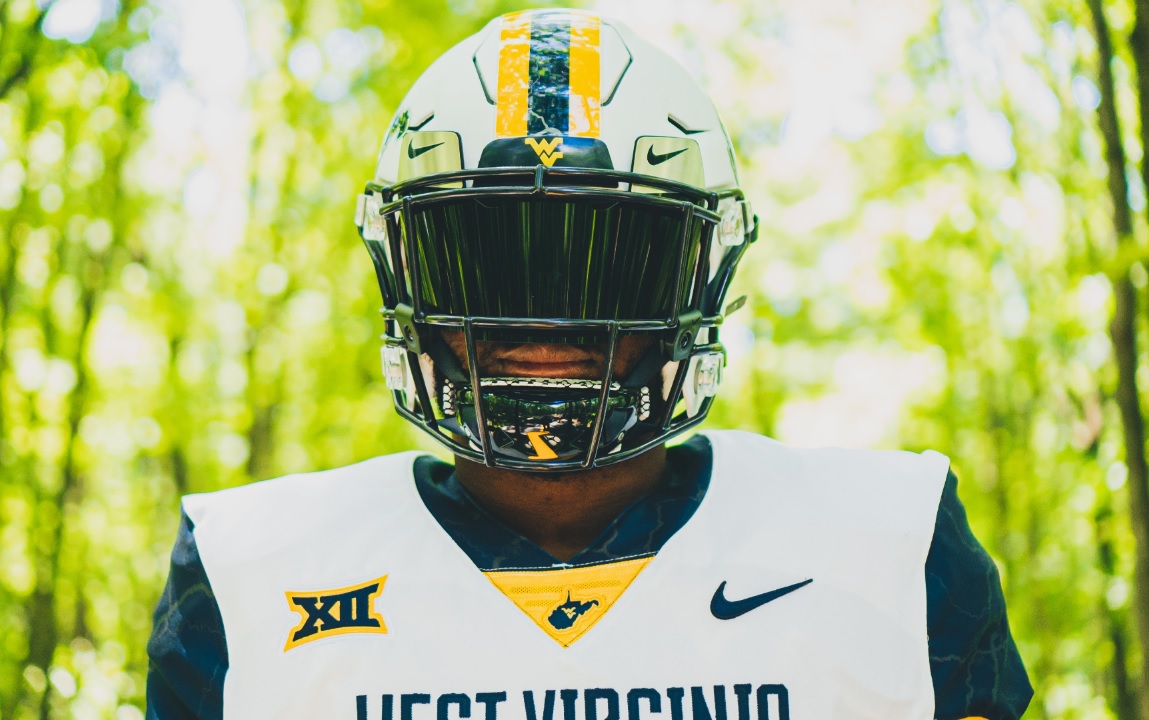 MORGANTOWN, W.Va. — WVU football coach Neal Brown gathered his team around him during a summer workout Monday, West Virginia Day, and let them see the new uniforms they’ll be wearing in the upcoming renewal of the Backyard Brawl.

“In 73 days we go to Heinz Field and on West Virginia Day we’re going to show you what you’re going to wear in 73 days,” Brown said.

Out of the locker room emerged a person modeling the new Country Road edition of the WVU football uniforms. The unveiling was received enthusiastically by the players.

The predominantly white jerseys and pants along with white helmets feature every state route, U.S. route and interstate that go through West Virginia. The roads are featured in the stripes of the uniform. There’s the phrase “Cue Country Roads” inside the neckline. The uniform also features a flying WV hip-patch and the sate seal.

West Virginia, these are for you. pic.twitter.com/jahrJ8OxRr

The helmets have the outline of the state with the roads moving through.

There are gold and blue stripes on the jerseys and the pants.

WVU opens the season at Pitt on Thursday night, Sept. 1.