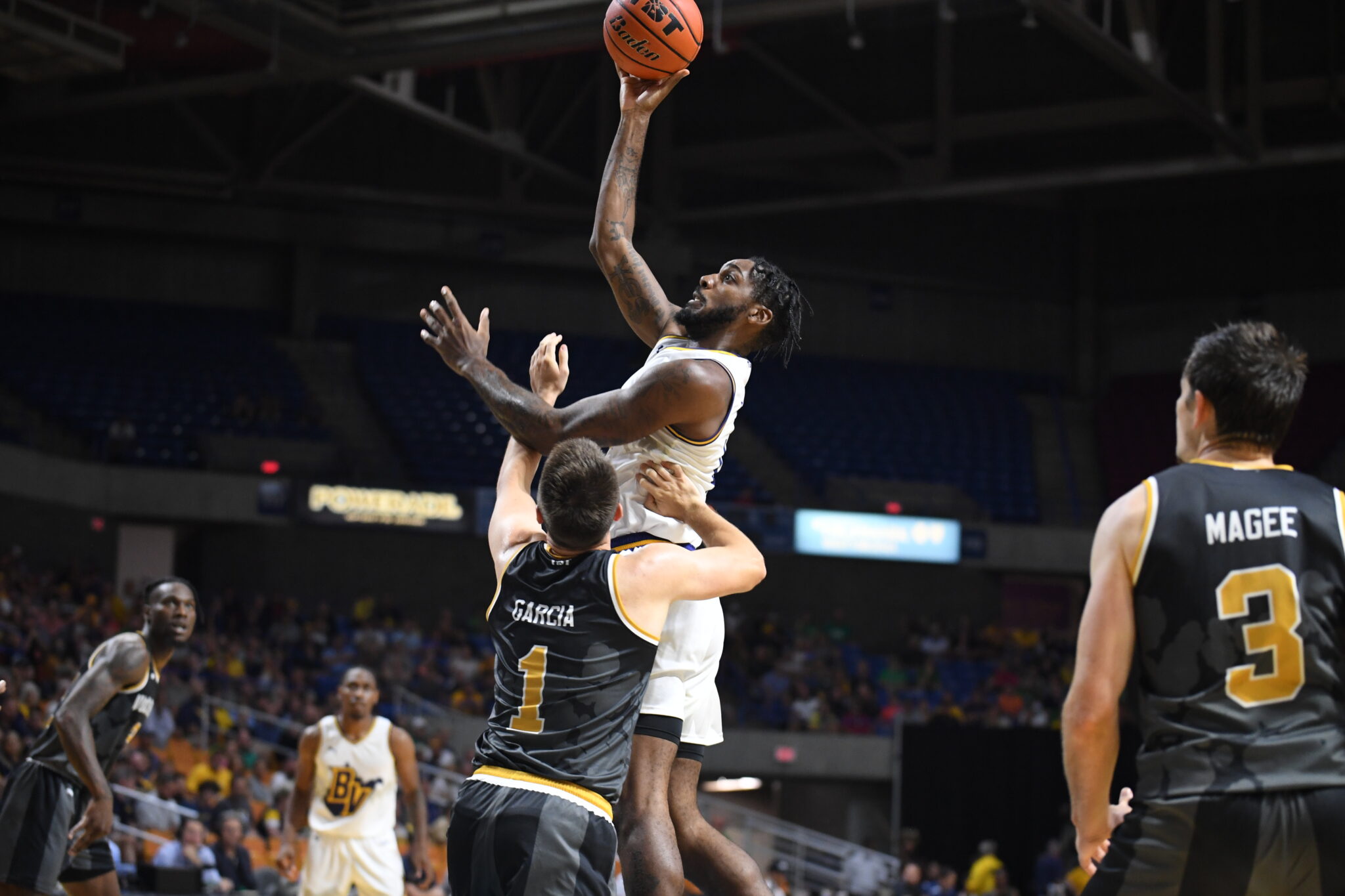 Best Virginia and Herd That are within opening-round victories in The Basketball Tournament of an all-Mountain State second-round matchup.

That much is known after the 2022 TBT bracket was revealed Wednesday afternoon, with Best Virginia awarded the No. 1 seed in the West Virginia Regional, one of eight regionals with eight teams in this year’s event.

Best Virginia, a West Virginia alumni-based team, will face No. 8 Virginia Dream on Sunday, July 24 at the Charleston Coliseum in the last of four first-round contests in the West Virginia regional. The matchup is scheduled to tip at approximately 7 p.m., and it will immediately follow a contest between Marshall-alumni based No. 4 Herd That and No. 5 Founding Fathers at 5 p.m.

“Hopefully we can play Marshall and bring all the fans out,” Best Virginia forward John Flowers said during the TBT selection show. “It’s great for our state to get on this national stage and shine some light on West Virginia.”

Virginia Dream is making its first appearance in TBT.

Founding Fathers, a James Madison alumni-based squad, was part of the 16-team West Virginia Regional in the 2021 TBT. Despite being the No. 16 seed, Founding Fathers gave top seed Sideline Cancer all it could handle in an 80-77 loss.

A year ago, in the first time West Virginia was awarded a TBT regional, Best Virginia and Herd That narrowly missed playing each other in a round-of-16 matchup. While both teams won their tournament openers, Herd That suffered a three-point loss to eventual TBT runner-up Team 23 in the second round.

“We’re gearing back up,” said Herd That guard Jon Elmore, a former standout at Marshall who is Conference USA’s all-time leading scorer. “We have two roster additions we haven’t announced yet. We’re super disappointed being a four seed, but everybody stay tuned. We’re looking forward to that first game and setting the tone.”

The winner of the West Virginia Regional will meet the winner of the Dayton Regional at University of Dayton Arena on Friday, July 29 in a round-of-8 contest. That matchup begins at approximately 9 p.m.

TBT is a single elimination, 64-team event in which the winning team splits a $1 million prize.