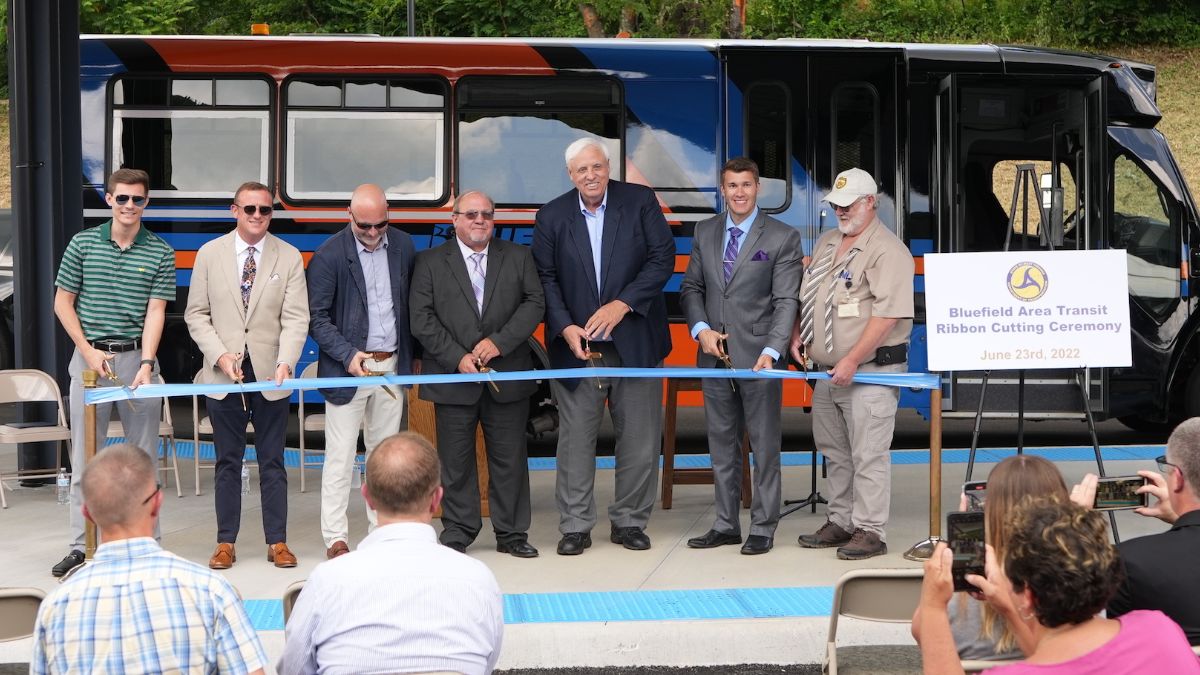 Gov. Jim Justice and transportation officials cut the ribbon on the Bluefield hub.

BLUEFIELD, W.Va. — Residents in the Bluefield area will have the opportunity to catch needed transportation in a $3.2 million state-of-the-art facility.

The facility will operate as the hub of the city’s Bluefield Area Transit bus system, a release stated. The local transportation network serves more than 200,000 annual passengers on routes in Mercer and McDowell counties.

“I see the rebirth of a city. I see an incredible building here that is going to service 225,000 riders,” Justice told the crowd.

Named for BAT’s director of more than two decades, Patrick McKinney, the new transfer station will offer riders a safe indoor facility with restrooms, plus heating and air conditioning, a release said.

The new bus transfer station was built utilizing more than $527,000 in grant funding from the WVDOT, along with funds from the U.S. Federal Transit Administration and local funding.

Justice attended a groundbreaking ceremony for the station in March 2021. It’s located at 1400 Bluefield Ave in Bluefield

“We should celebrate an American story and dream of a town, a town that would not go away and give up,” the governor said.