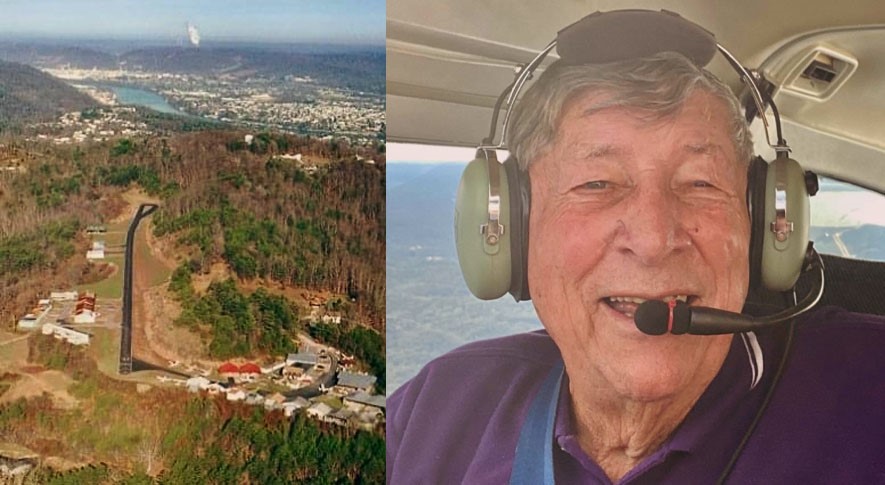 Mallory, owner of the Mallory Airport in South Charleston, died this week at the age of 91. However, his legacy in the world of flight will live on in the many he trained and inspired.

“He was the instructor and taught countless folks how to fly and how to fly just about anything and everything,” said Brett Staples, one of Mallory’s longtime pupils.

Mallory loved flying at an early age. In the 1950s he started flying seaplanes on the Kanawha River in the Dunbar area. He was called into service in the Marine Corps, but ironically did not fly in the military. When he returned home the bug was stronger than ever. So much so, he got friends and family to help him clear out some of the family’s property along the ridge line south of Charleston and create a 600 foot dirt airstrip. Over time, the strip was improved and developed into a paved 1,200 foot airstrip and more than 50 planes are based there today.

“I started flying up at Mallory when I was 12 years old,” said Staples.

Staples laughs he asked for a volunteer job at the airstrip just to be around the planes. He said Mallory told him, “We can always use free help!”

Mallory was beloved by all who knew him. He was also lauded for his skills as an aviator.

The FAA made Benny a Designated Pilot Examiner and he provided flight exams to thousands of pilots in single and multi-engine aircraft and helicopters. He held those certifications to the end.

“Up until he passed, he was still rated and was still a flight examiner and could still handle those duties,” Staples said.

He accumulated over 35,000 flight hours and was awarded the highest honor for any pilot – The Wright Brothers Award for over 50 years of safe flying. Mallor was also honored with the Charles Taylor Award for outstanding maintenance for aircraft,. He held certificates as an Airframe & Powerplant mechanic and Aircraft Inspector.

Pilots came to Mallory Airport from all across America and from many foreign countries to fly with Benny and have his signature in their logbooks. He logged time in everything from pre-WWII biplanes to the most modern civilian jet aircraft.

He flew John F. Kennedy during part of his presidential campaign in West Virginia along with many other dignitaries throughout his life.

“Aviation was his life and truly there is no one else that I’ve ever seen that even came close to the piloting skill he had,” said Staples.

Mallory leaves behind his beloved wife of 72 years, Jo. He’ll be remembered in a service at the airport Saturday afternoon at 1 p.m.