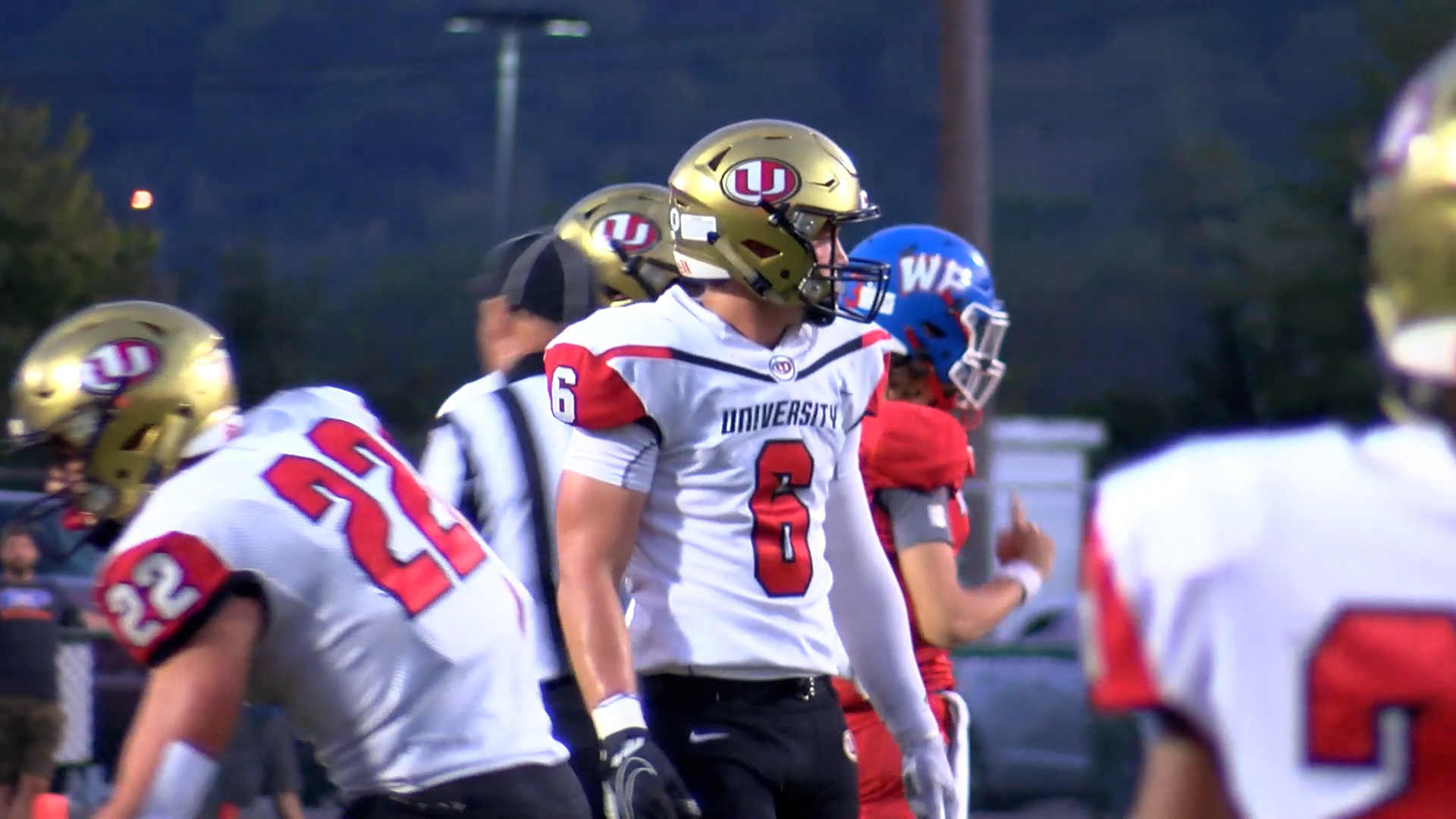 I will be staying home!!💛💙 #AGTG #Committed pic.twitter.com/hvRuOEwJeN

Braham received an offer from his hometown school earlier this week. He is a rising senior for a University team that went 11-1 and advanced to the Class AAA quarterfinals in 2021. Braham split time on the defensive line and at linebacker. He also caught 16 passes for 350 yards with 3 touchdowns in an injury-shortened junior season.

Braham is the son of former WVU offensive lineman and University assistant coach Rich Braham. Rich earned second-team All-American status at WVU and went on to play thirteen seasons with the Cincinnati Bengals.

Earlier on Saturday, the Mountaineers received their thirteenth verbal commitment to their 2023 recruiting class. Ben Cutter, a linebacker from East Lincoln High School in Denver, N.C., selected WVU over his twelve other Division I scholarship offers. Cutter received an offer from West Virginia on May 10.

COMMITTED💛💙
ALL GLORY GOES TO GOD
Without Him I am nothing!#TakeMeHome23 pic.twitter.com/nkkeeZzaVr

In his junior season, Cutter racked up 158 tackles [15 for loss]. He also forced four fumbles. On offense, Cutter rushed 34 times for 213 yards and 3 touchdowns. East Lincoln went 8-4 and advanced to the second round of the North Carolina 3A state playoffs.

Late Saturday afternoon, another WVU legacy committed to the Mountaineers. Tory Johnson, Jr. selected WVU over his other ‘Power 5’ offers from Duke, Maryland, Pittsburgh and Virginia.

Johnson is a wide receiver and free safety at Oscar Smith High School in Chesapeake, Va. Oscar Smith won the Virginia 6A state championship last fall with a 13-1 record.

The fourth commitment on Saturday came from Corey McIntyre, Jr. Like Braham and Johnson, Jr., McIntyre, Jr is the son of a former Mountaineer. Corey McIntyre played fullback at WVU from 1998-2001. He played eleven seasons in the NFL with the Eagles, Browns, Saints, Falcons and Bills.

McIntyre, Jr. is a 6-foot-4, 280-pound defensive lineman. He was a second team all-state selection for Treasure Coast High School in Port St. Lucie, Fla. Treasure Coast went 10-2 last fall and advanced to the Florida Class 8A state semifinals. McIntyre, Jr. made 38 tackles [11.5 for loss] in 12 games. He also had 7.5 sacks and forced 3 fumbles.