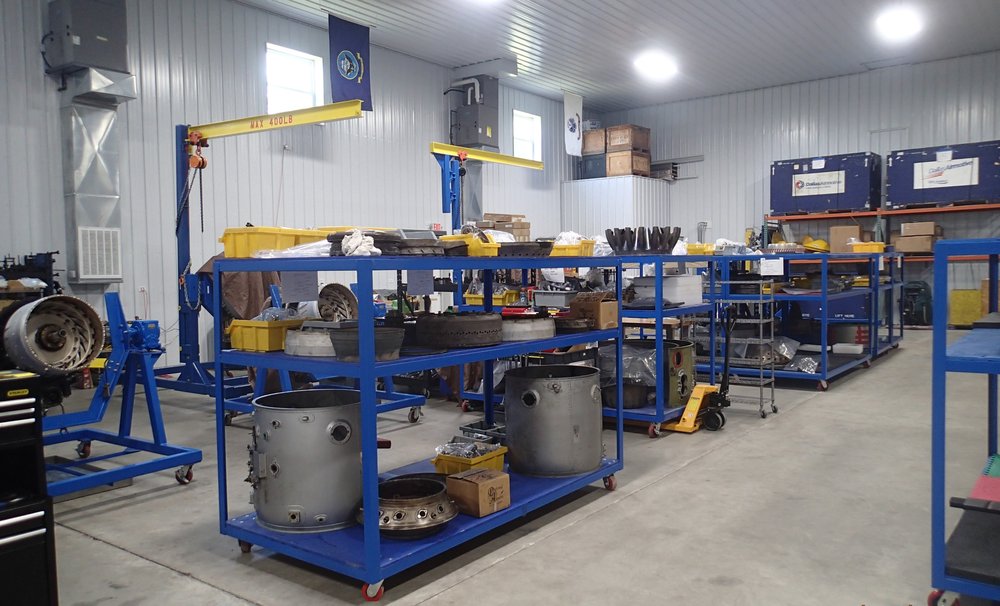 BRIDGEPORT, W.Va. – The aircraft industry continues to grow in the Bridgeport area.

The efforts include a new terminal and business park under construction at the North Central West Virginia Airport along with the expansion of aviation maintenance/pilot training programs.

Engine Management Specialist recently announced plans to expand its operations to a 40,000-square foot facility on Route 19 south of Clarksburg.

“As we do that and you add things to your capability list, we anticipate growth in that facility will add anywhere from 50 to 75 additional employees,” Critchfield said.

EMS has been an industry authority on Pratt & Whitney turbo engines since 2003. The company does not provide typical maintenance, but offers complete overhauls, major repairs and engine exchanges.

Currently, EMS has a total of 20 workers with a shop in Clarksburg and an inventory facility in Bridgeport.

For engines that have reached the end of their service life the company offers a program called reduce-to-spares. Technicians deconstruct engines and salvaged parts are tested for reuse under FAA guidelines.

“The tagging then allows, under the FAA standards, for it to be reintroduced into other engines which reduces the overhaul repair costs and keeps it economical for the corporate engine market,” Critchfield said.

Major engine events can be unpredictable, costly and must be addressed quickly. With that in mind, EMS can travel to any facility to inspect engine parts and coordinate all phases of an overhaul or major repair.

“We don’t have a certain region, we’re pretty much worldwide,” Critchfield said. “We’ve traveled all over Europe, South America, North America and so forth in the work that we typically bring right here to Bridgeport, West Virginia.”

The company draws from the aviation programs operated at the North Central West Virginia Airport allowing students to graduate and immediately go to work. Critchfield said they often provide opportunities to graduates from the Pierpont Community and Technical College 68-credit hour vocational program.

“Our high wage is about $150,000-per year, so there’s a huge range for people to be able to grow within our industry that apply themselves and help build the business- we reward them,” Critchfield said.

Critchfield said there will be a long term need for talented aircraft maintenance technicians, so they helped the school acquire a functional, non-flight rated aircraft to facilitate realism in training.

“Those are real-time engines that are currently being used in aircraft that are being used in today’s market which is pretty unique for an A & P school because usually it’s old worn-out stuff.”