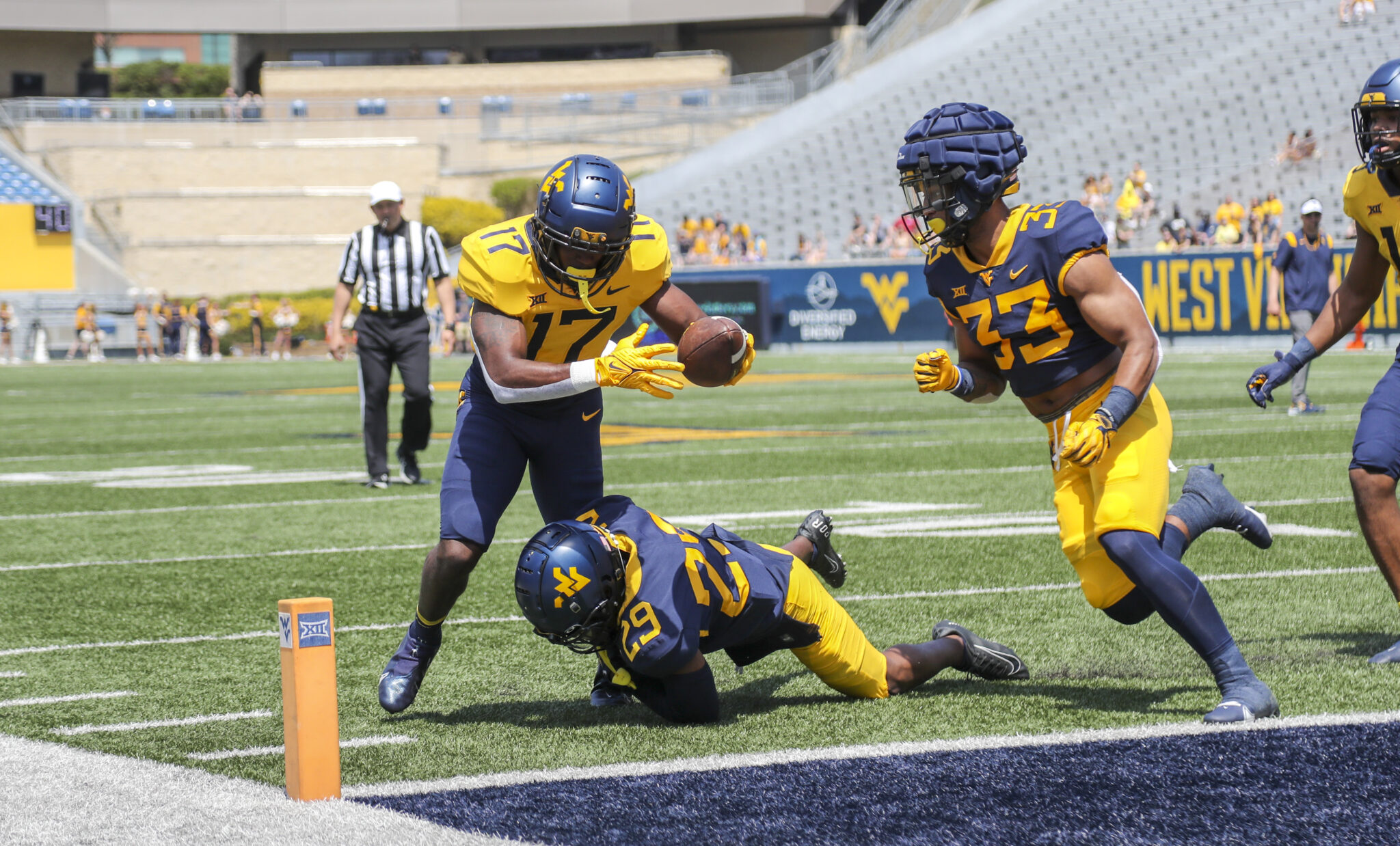 MORGANTOWN, W.Va. — Two months out from the season opener, West Virginia’s running back room has reduced by one with Lyn-J Dixon entering the NCAA Transfer Portal.

Dixon leaves the program without ever having played a game at West Virginia.

He originally committed to play at WVU in November 2021 after announcing his decision to transfer from Clemson.

Dixon participated in the Gold-Blue Spring Game and scored on a 7-yard run for the game’s first touchdown.

A graduate transfer, Dixon was immediately eligible to play for the Mountaineers, but will instead seek a new home.

At Clemson, the Butler, Georgia, native played in 41 games. He rushed for 1,420 yards and 13 touchdowns in just over three seasons with the Tigers. Dixon appeared in just three games in 2021, rushing for 48 yards on 10 carries.

Dixon’s best season came as a sophomore in 2019 when the Tigers advanced to the National Championship Game. He rushed 104 times for 635 yards and six touchdowns while catching 14 passes for 121 yards.

For the Mountaineers, redshirt freshman Jaylen Anderson and sophomore Justin Johnson could now see expanded roles behind Tony Mathis, who likely enters the 2022 season as the top tailback. WVU could also look to add another running back and has five listed on its current roster.

Mathis rushed for 312 yards on 72 carries in 2021, and when healthy, was the team’s No. 2 tailback behind the since departed Leddie Brown.