LOUISVILLE, Ky. — The health of West Virginia’s only living Medal of Honor recipient Woody Williams appears to be failing.

His family posted a message to the social media sites of the Woody Williams Foundation which indicated the World War II veteran is hospitalized and living out his last days.

The family has asked for privacy and offered appreciation of all the prayers and well wishes which have been received in recent days.

Williams is 98 and up until his most recent complications had been traveling and active. In recent years he’s been most active in the placement of Gold Star Family Memorials across the nation.

A veteran of the United States Marine Corps, Williams was awarded the Medal of Honor for taking out a series of Japanese gun emplacements on Iwo Jima during World War II.

He was born and grew up in Quiet Dell in Marion County and now makes his home in Barboursville, West Virginia. 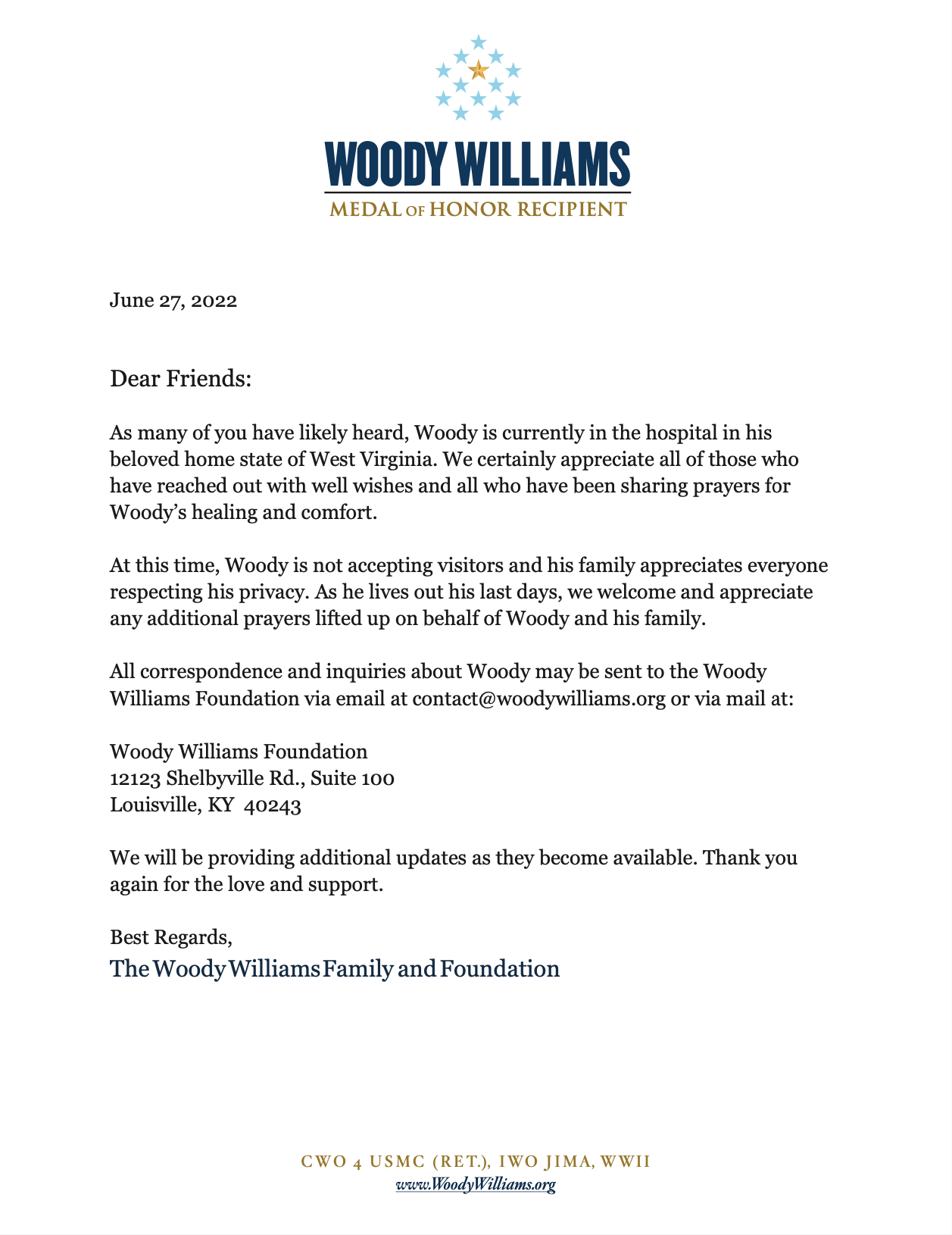