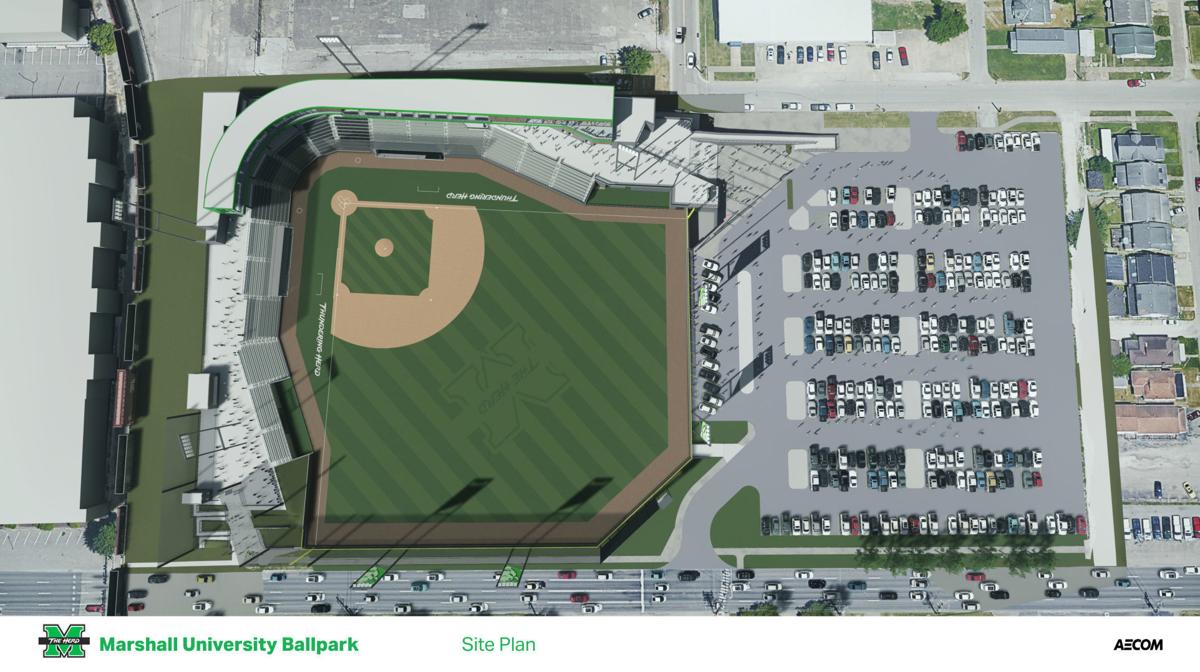 Marshall is hoping donations will help lead to a new on campus baseball stadium by the start of the 2024 season. Photo courtesy of HerdRises.com

HUNTINGTON, W.Va. — Long-suffering Marshall baseball fans have been clamoring for a new baseball stadium for decades.

Updated plans and enthusiastic fundraising are bringing that hope closer to reality.

MU officials approved plans last Friday to move the stadium site to land near the university’s softball complex at 2nd Avenue and 22nd Street. Bids for construction will be opened in October and the winning bidder will have 15 months to complete the project from the time construction starts. The goal is for Marshall to play at the new park to start the 2024 season.

Most of the funding is in place for the baseball stadium construction, but some funds still must be raised privately.

Marshall officials are well on their way to making up the funding gap, thanks to the generosity of fans who see the baseball project nearing construction.

Thundering Herd boosters Melissa and Chris Lambert, with the help of the Big Green Scholarship Foundation, issued a fundraising challenge to MU fans just hours after the stadium announcement. The Lamberts said they’d contribute $50,000 to the baseball stadium work if Marshall fans matched that contribution.

By Sunday afternoon, the Lambert’s challenge had been met, with Herd supporters kicking in $50,513 to trigger the Lambert contribution.

Fans can make contributions or get other information at www.herdrises.com.

Marshall’s football team has picked up another player from the transfer portal. This time, it’s from a fellow Sun Belt Conference member in Troy University, which is where defensive lineman Gabe Elrod joins the Herd from.

Elrod announced on social media Monday that he’s joining the Thundering Herd as a preferred walk-on. Elrod is 6-foot-3 and weighs 325 pounds.

Keeping it in the family

Three high school athletes whose fathers were all previously Marshall athletes have been offered scholarships to follow in those footsteps.

The legacy theme is extended to men’s basketball as head coach Dan D’Antoni has offered a scholarship to Charlotte, North Carolina’s Bryce Slay, whose father, Tamar is one of Marshall’s top all-time scorers and was briefly a part of D’Antoni’s staff this spring.