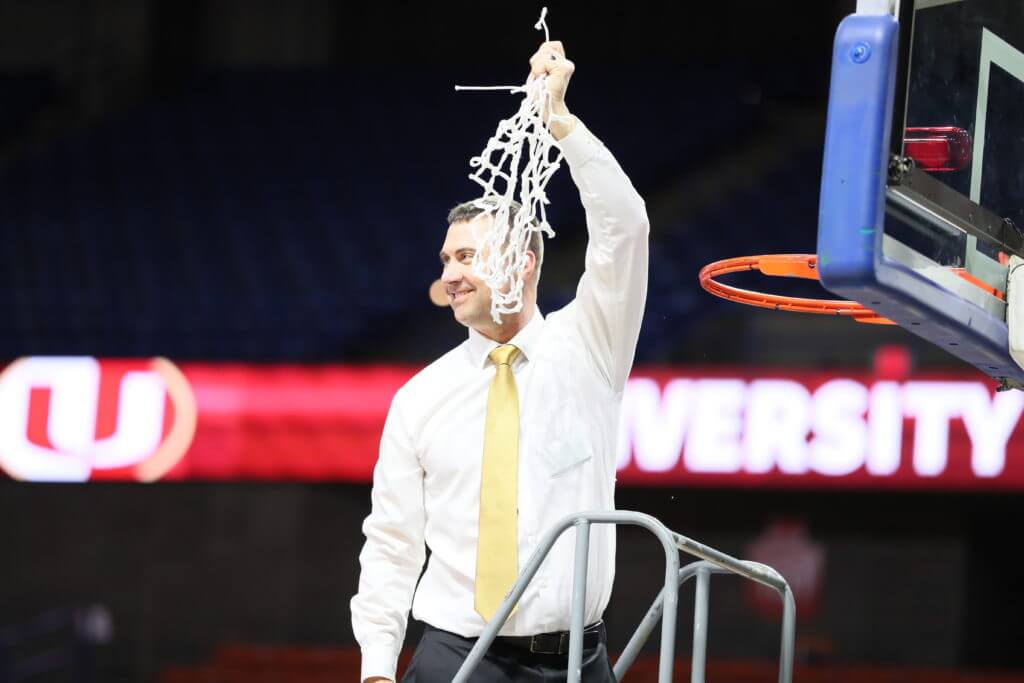 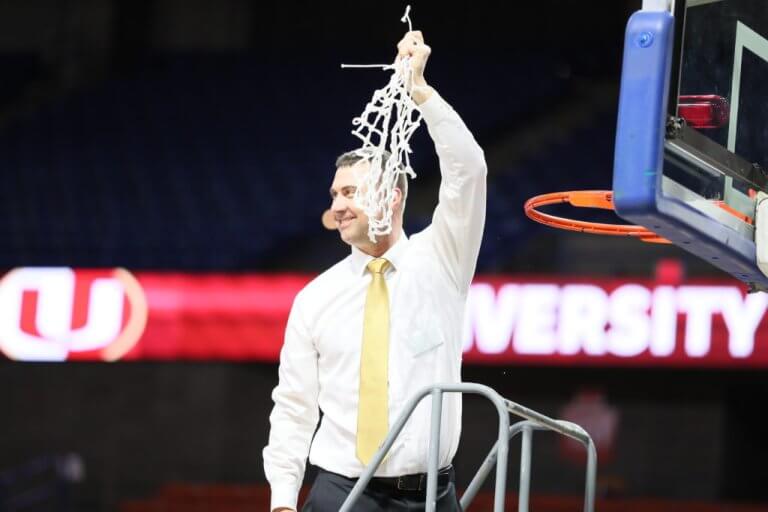 University's Rafael Barcias in the open court as the Hawks compete in a shootout at Robert C. Byrd. Photo by Greg Carey/WVMetroNews.com

Schmidle will likely fall back on some of those past dealings as he readies his team for the 2022-2023 campaign.

Last season, the Hawks had one of the taller and more productive front court tandems in the state in Aaron Forbes and Garrison Kisner. Forbes has since graduated, and Kisner, now a senior, transferred to Morgantown. It leaves Schmidle without the services of two 6-foot-6 players that were pivotal to not only the Hawks’ success last season, but their style of play.

“We’re playing a completely different style now than what we’ve been used to because we don’t really have any true bigs,” Schmidle said. “We’re very deep and very athletic and we have a lot of speed, so we’re going to try to use those things to our advantage. We have to get a little bit better at shooting the ball, but we have the kids that have the potential to become very good shooters. That’ll come with repetition.”

Over the course of the three-week summer period, UHS was a participant at West Virginia’s team camp as well as in shootouts hosted by Robert C. Byrd and Morgantown.

“We have a lot of people that are inexperienced,” Schmidle said. “We’re just trying to build some chemistry.”

The Hawks were one of three West Virginia teams, along with Jefferson and Morgantown, scheduled to compete in a DC Live event at Sidwell Friends School on June 17 and 18, but Schmidle elected for his team not to when he discovered Kisner was bound for MHS.

“You go down there without anybody over 6-foot-3, you’re probably going to be in trouble,” he said. “We’d have been undersized with him.”

Yet what Schmidle witnessed from his guard-oriented group this summer was a team that prefers to push the pace and space the court and has no trouble playing as a unit.

Guards Rafael Barcinas and Jaeden Hammack are two of the team’s most productive returning players, and Schmidle believes several others could become household names this winter as the Hawks look to overcome the loss of four seniors and Kisner.

“We have a chip on our shoulder and they love each other,” he said. “They love to play together. A very unselfish team. When you have a lot of guys that can all pass, shoot and dribble, you can create a lot of matchup problems for teams, even if they do have a lot of length and athleticism. There are matchup issues on both sides of the ball. One of them is in our favor and the other is not.”

While plenty of work remains for the Hawks to get to a level Schmidle desires, the UHS coach believes there is potential for his team to fit the mold of the Hawks’ squad in the 2017-2018 season. That team was the No. 1 seed in the Class AAA state tournament and finished 25-2 and a state semifinalist.

The next season, UHS won the Class AAA championship.

“I’ve had small teams before that did real well back four and five years ago with [Ethan] Ridgeway, [Clay] Bailey, [Austin] Forbes and those guys. My tallest kid was 6-2 and we won 25 games that year,” Schmidle said. “We know what to do. It’s just a matter executing, being patient and taking the shots that we want. If these kids can learn how to do that, we’ll be OK.”

In addition to discovering ways to generate paint points and prevent the opposition from controlling the interior, one of the Hawks’ toughest tasks is likely to be rebounding.

Considering Forbes and Kisner were a major factor on the glass last season, Schmidle is hopeful he can get across to his group that more of a total team effort will be required this time around.

“We haven’t really concentrated enough on that during the three weeks. We’ve been trying to get a little bit of cohesiveness and getting everybody on the same page,” Schmidle said. “We’ve been working mostly on team defense and just running some offensive sets. We haven’t really been able to work on a lot of the things that we would typically work on, but rebounding is something we’re going to work on every day down the line.

“I have some guys that are very active and do a good job of crashing the offensive boards as well as boxing out on the defensive glass, but it’s going to take everybody. We’re not going to be able to stand and watch.”

After UHS’ solid 16-9 campaign ended in disappointing fashion last season, with the Hawks falling to Bridgeport in the sectional title game to force a regional co-final against eventual state champion Morgantown, Schmidle isn’t lessening expectations despite the roster turnover.

Instead, the head coach is hopeful his group can open eyes and get back to the state tournament after failing to qualify for the event in 2022 for the first time since 2016.

“We’re going to be a lot better than people think we will be this year,” Schmidle said. “We lost a lot, but these guys have been working really hard. They really love each other and play hard. If you do that, you’ll be in most games.”