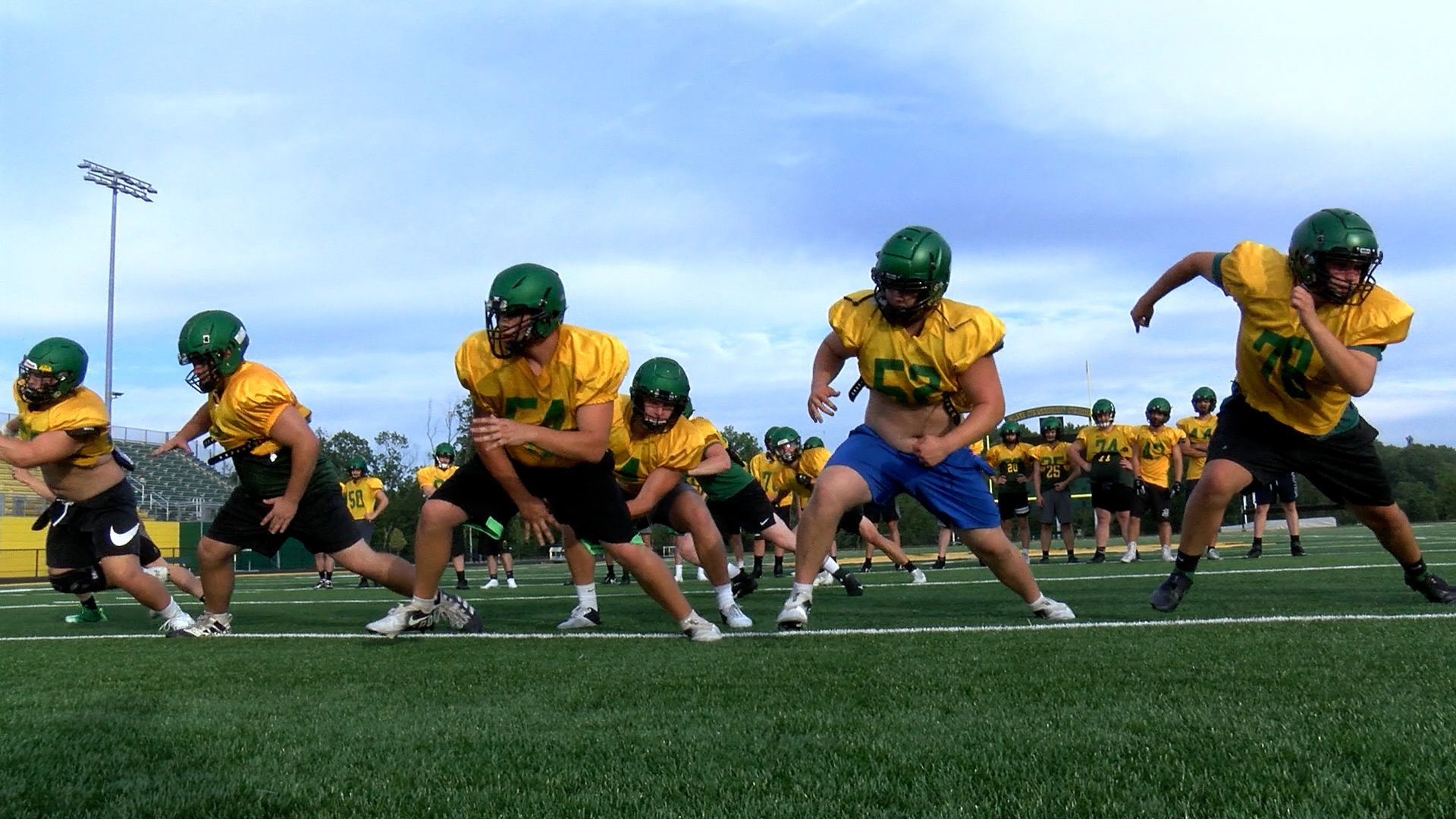 WEST UNION, W.Va. — With five consecutive playoff appearances and a record of 42-6 over the last four seasons, Doddridge County is established as one of the top Class A programs in West Virginia. Last fall, the Bulldogs went 11-2. But a second loss to Williamstown in the semifinal round prevented Doddridge from a second Super Six appearance in three years.

“It was a very special season,” said Doddridge County head coach Bobby Burnside. “Still, it didn’t reach the goal. There’s only one team every year that wins that last game. I am really proud of what the team accomplished. But we are still working for more.”

“I believe we met most of the goals,” said Doddridge County senior RB/WR/DB Seth Richards. “Obviously, we didn’t make it as far as we hoped. You have to lose sometimes to grow and get better as a team.”

The biggest reason for optimism with the 2022 edition of the Bulldogs, figuratively and literally, is a line that returns multiple starters. That group includes the team’s leading tackler. Adam Burnside made 101 stops last season.

“Most of these guys, we have been playing since youth football,” Adam Burnside said. “We are all good friends and we are just ready to get after it again.”

“We do have three starting linemen back, four if you count our tight end,” Bobby Burnside said. “For what we do, that is a big part of the equation. Those guys, we will rely on them heavily.”

The Bulldogs will break in a new starting quarterback after the graduation of Jared Jones. Riley Curran and Trenton Huffman are battling for that spot. Leading rusher Dylan Knight has also graduated but senior Seth Richards is back after combining for 1,102 yards from scrimmage with ten total touchdowns.

“He is that kid that moves. He dots the “I”. He will be a wing. We will split him out. He is a talented player. He has great vision, great ball skills. We hope to really utilize that this year,” Bobby Burnside said.

Doddridge is enjoying a great run of producing top athletes. The boys track team has won the last three state titles and the football team has won seven playoff games in the last four years. Success continues to build upon itself.

“We always use that as motivation,” said Doddridge County senior End/LB Gabe Stewart. “Making it far in the playoffs, of course. But the job is never finished. We obviously didn’t win the championship. There’s a little chip on our shoulder.”

“For small schools, it is about having the athletes out and keeping them healthy. That will be the same case for this year,” Bobby Burnside said.