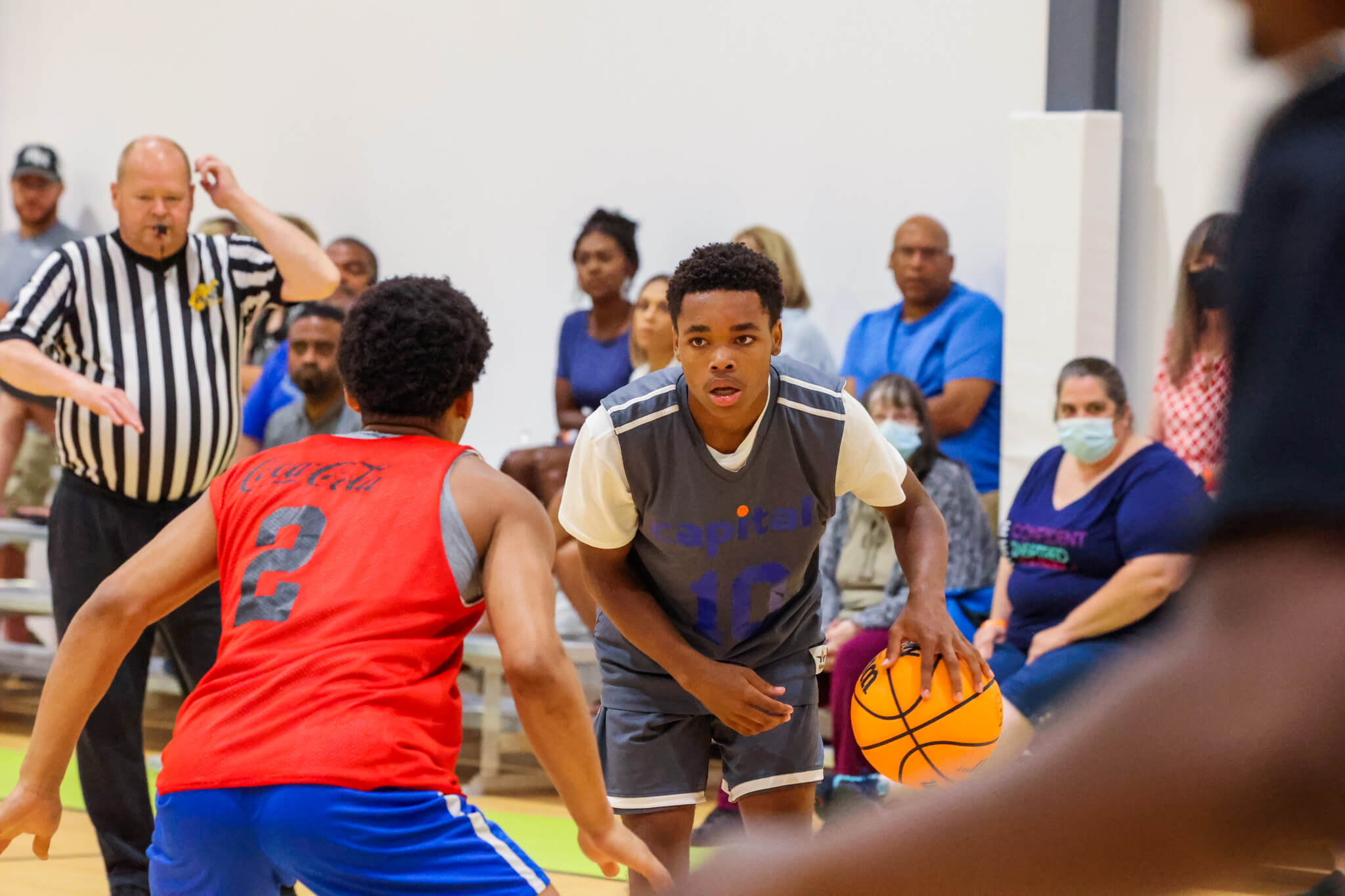 For Kanawha County schools such as Capital, the three-week period doesn’t begin until July 11.

Yet the Cougars have found a way to keep relatively busy to this point in the summer and opted to use several of their permitted 12 flex days in which coaches can work with their teams to recently participate in the Morgantown Shootout held June 25 at Hazel & J.W. Ruby Community Center at Mylan Park.

“We got together Wednesday, Thursday and Friday and had our guys together then,” Capital coach Matt Greene said. “Then we loaded up Saturday morning and came here.”

“During the summer, I want them playing and I don’t want them thinking,” Greene said. “We’re going to try to get our principles down and reinforce basic principles that we’re going to do, but we mostly want to go play. I want to look at lineups. I told them, ‘guys, I always want to win and I’m always playing to win,’ but in the summer, we’re playing to get ready for the season.

“I want to see who works and what guys have. I might put guys in situations where you normally wouldn’t, but I want to test them and this is the time to do that.”

The Cougars are in a quest to replace a strong core that helped guide last season’s team to a 14-6 record, though the season ended abruptly in sectional play with a 21-point loss to eventual state semifinalist South Charleston after the teams split a pair of regular season meetings.

Still, neither second-team all-state selection Anthony Hersh or fellow guard Elijah Poore are around anymore, leaving more of a scoring void to assume for returners Taeshaun Hines and Markel Booker.

“I don’t think people realize quite how young we were last year,” Greene said. “We have decent size, but sophomores and juniors that haven’t played a whole lot. Our point guard Taeshaun Hines is returning and he’s started the last two years for us, so we’re expecting some different things out of him. Markell Booker will be a senior and he’s experienced. We have guys that are having to step into different roles this year. Just trying to get everybody on the same page really.”

In part due to his combination of skill and experience, Hines’ role is likely to change as much as any player.

Greene is eager to see how the junior balances being aggressive and putting teammates in the best possible spot to succeed.

“We’ve had a good two years together. but the last two years, he’s had different people playing with him,” Greene said. “Even though he’s been a point guard, he has to be a different type of point guard now. He has to figure out, ‘OK, I have to score a little bit and get mine, but I have to get the team going first.’ He’s going through that transition of when to go.

“Before, he could come down and he had an all-state guard with him and could just flip him the ball and let it go. Now, he’s having to do a little bit more in learning how to pick his spots. We feel like he can beat most people off the dribble, so it’s balancing not trying to dribble too much with him and instead figuring out how to use everybody.”