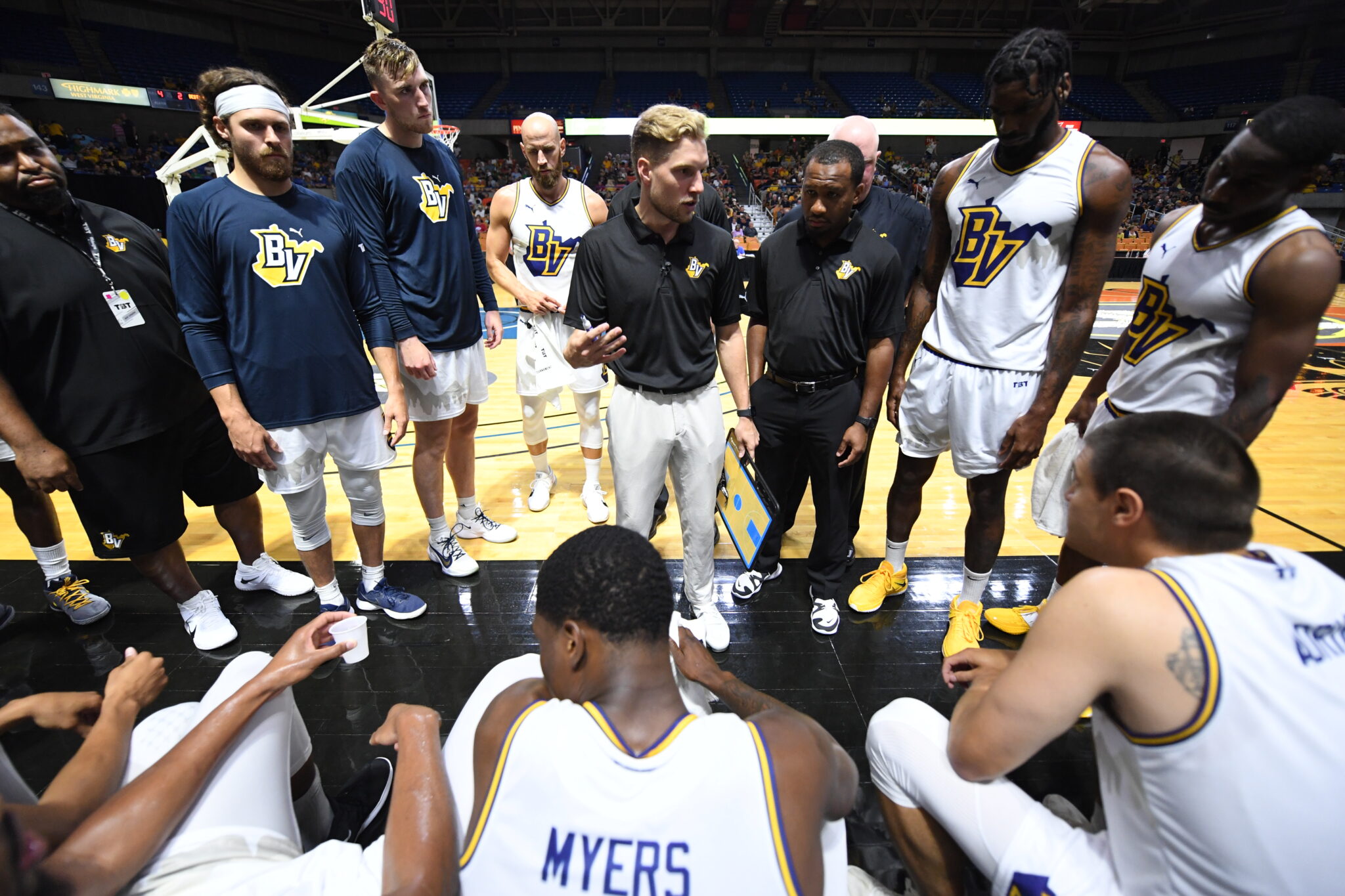 James Long talks to Best Virginia during a timeout in TBT. Photo by Mike Lawrence/TBT

MORGANTOWN, W.Va. — James Long has stepped down as the head coach of the WVU-Tech men’s basketball program after three seasons leading the Golden Bears. Long has accepted the position of Chief Operating Officer of Court XIV and General Manager of The Carolina Factory in Cornelius, N.C.

Thankful for @WVUTechMBB — Will always be a #CARE Bear! 🧸💛💙

Excited for what’s next with @CourtXIV and The Carolina Factory! pic.twitter.com/GsWYcF5eI8

Court XIV is a basketball development company that boasts 24 current NBA players and over 300 college players among their alumni.

“Thank you to Kenny Howell and President Long. You guys took a chance on a 26-year-old and changed my life forever. I hope that you all feel that I did the best I could every day on campus. I truly believe I could never work for a better AD and President. Nothing but constant support my entire time here. I am beyond grateful for both of you,” James Long said in a social media post.

George Wilmore has been promoted to head coach of the Golden Bears. Wilmore previously served as an assistant coach at Fairmont State.

“We are sad to see James leave because he has become such a strong member of our campus community and is a great coach. We know that there are great things ahead for him and for our team under the leadership of Coach Wilmore,” said WVU-Tech Athletic Director Kenny Howell.

Long will remain as head coach of the WVU alumni team Best Virginia in The Basketball Tournament later this month. Best Virginia will host a scrimmage against WVU-Tech on July 16 at Fairmont State University.