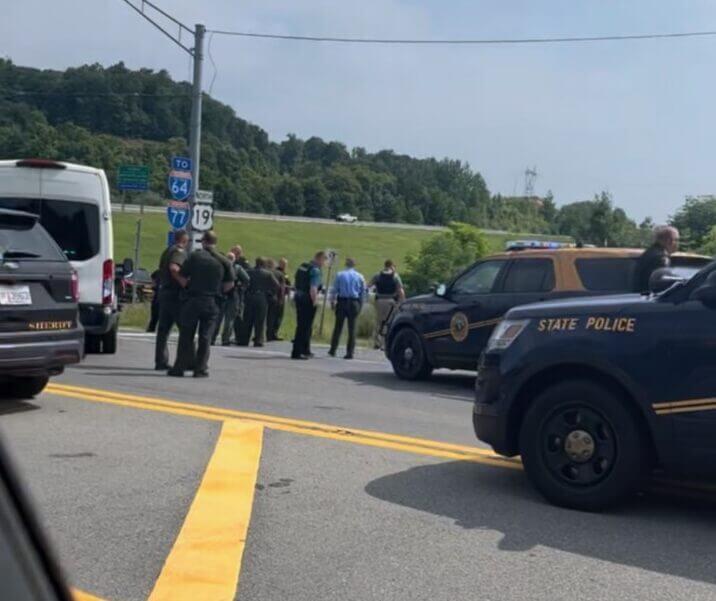 BECKLEY, W.Va. — The West Virginia State Police has released the name of the person involved in a shooting Wednesday near Beckley.

According to troopers, law enforcement shot Matthew Scott Jones, 36, of Culpeper, Virginia after he fled from authorities while armed.

Troopers received a call after 9:45 a.m. about a suspect fleeing from a crash near Dry Hill Road in Raleigh County. Jones allegedly proceeded to steal a truck; authorities spotted him with the vehicle at Big Lots near the Raleigh Mall.

Jones led troopers on a pursuit going into Fayette County and returning to the Bradley area of Raleigh County. The vehicle stopped working while on U.S.Route 19 in Bradley, and Jones exited the truck while holding a handgun.

Troopers said Jones and law enforcement engaged in a brief standoff before authorities shot Jones. He died at the scene.

An investigation into the incident continues.