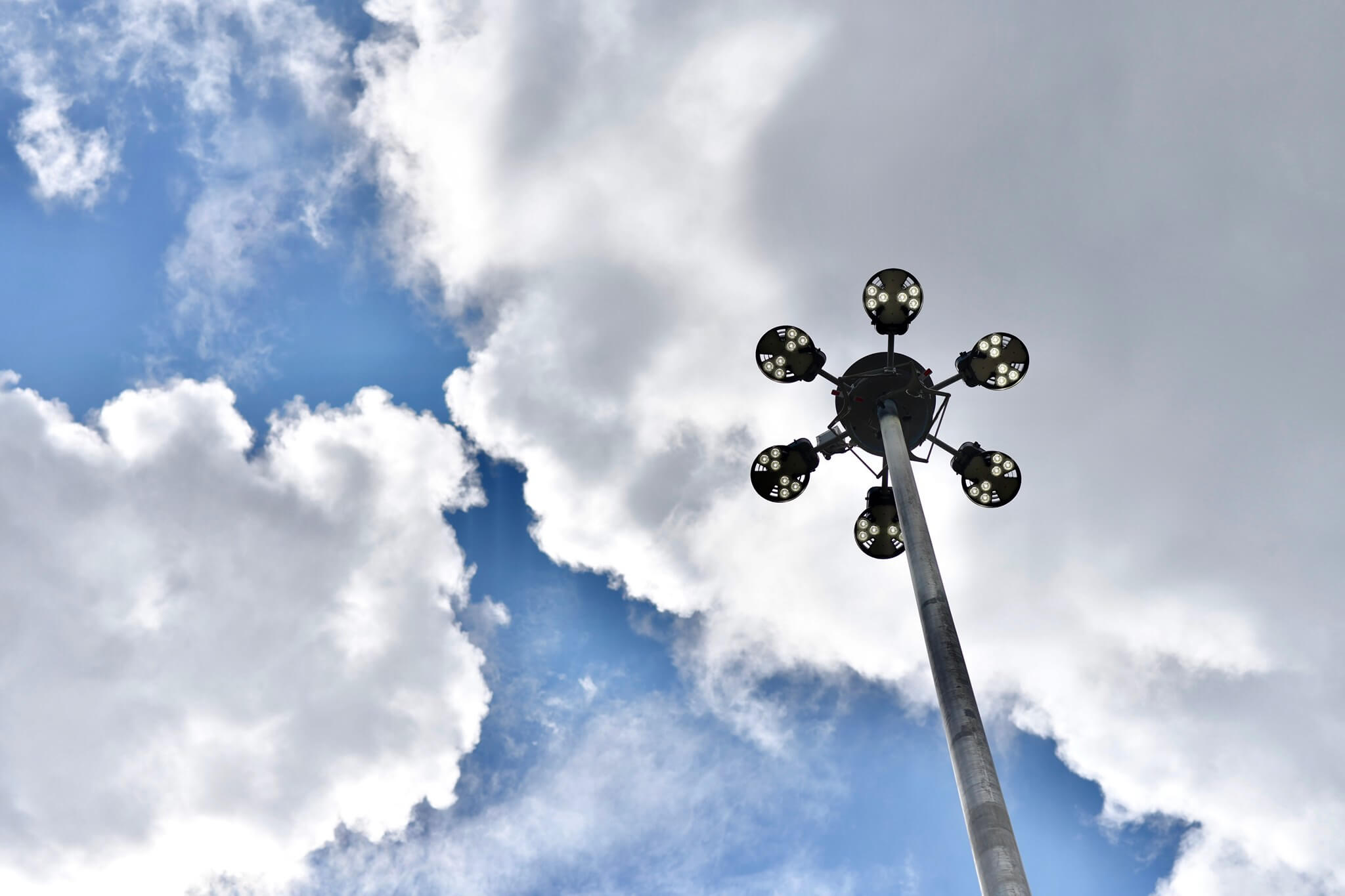 Thieves managed to strip the copper wiring from many of these fairly new light towers on I-64 ad I-77 causing more than a Million dollars in damage. PHOTO: WVDOT

CHARLESTON, W.Va. — Motorists who routinely travel I-64 and I-77 through Charleston during the nighttime hours may have noticed in recent months some of the major interchanges are a lot more dim than had been the case just a few months ago. Investigators uncovered a theft ring which stole massive amounts of copper wire from the brand new light towers and left substantial damage behind.

“We had some thefts that had really occurred throughout Kanawha County and maybe some neighboring counties, but specifically in Kanawha County, Charleston, South Charleston areas where the power outages were occurring with the interstate lights,” said Kanawha County Chief Deputy Joe Crawford.

Crawford said they started getting complaints and developing information around March 1 and by July 5 deputies made an arrest. Clarence Wayne Giles, 31, was taken into custody on charges of stealing copper and damaging the infrastructure.

According to Crawford, Giles sold $16,000 worth of copper at a local recycling facility all of it pulled from the light towers at several interstate interchanges. Specifically the damages were done around the Montrose Interchange on I-64 in South Charleston, the I-77/79 split, and at the Tupper’s Creek and Eden’s Fork exits of I-77. He is being held in the South Central Regional Jail on $5,000 bail on six criminal counts.

“The estimate of damage to the infrastructure was $1.4 million,” Crawford said.

Crawford said investigators believe Giles had some help. The individuals were able to conduct their crimes in plain site, decked out in hard hats and yellow vests. Most assumed they were authorized to do the work.

“A lot of people didn’t think much was up since there was similarities in their appearance and they were looked at as being employees or workers for that type of activity,” Crawford explained.

Crawford said they are also investigating whether Giles and any of his accomplices may be tied to similar copper thefts on the interstate in neighboring counties.