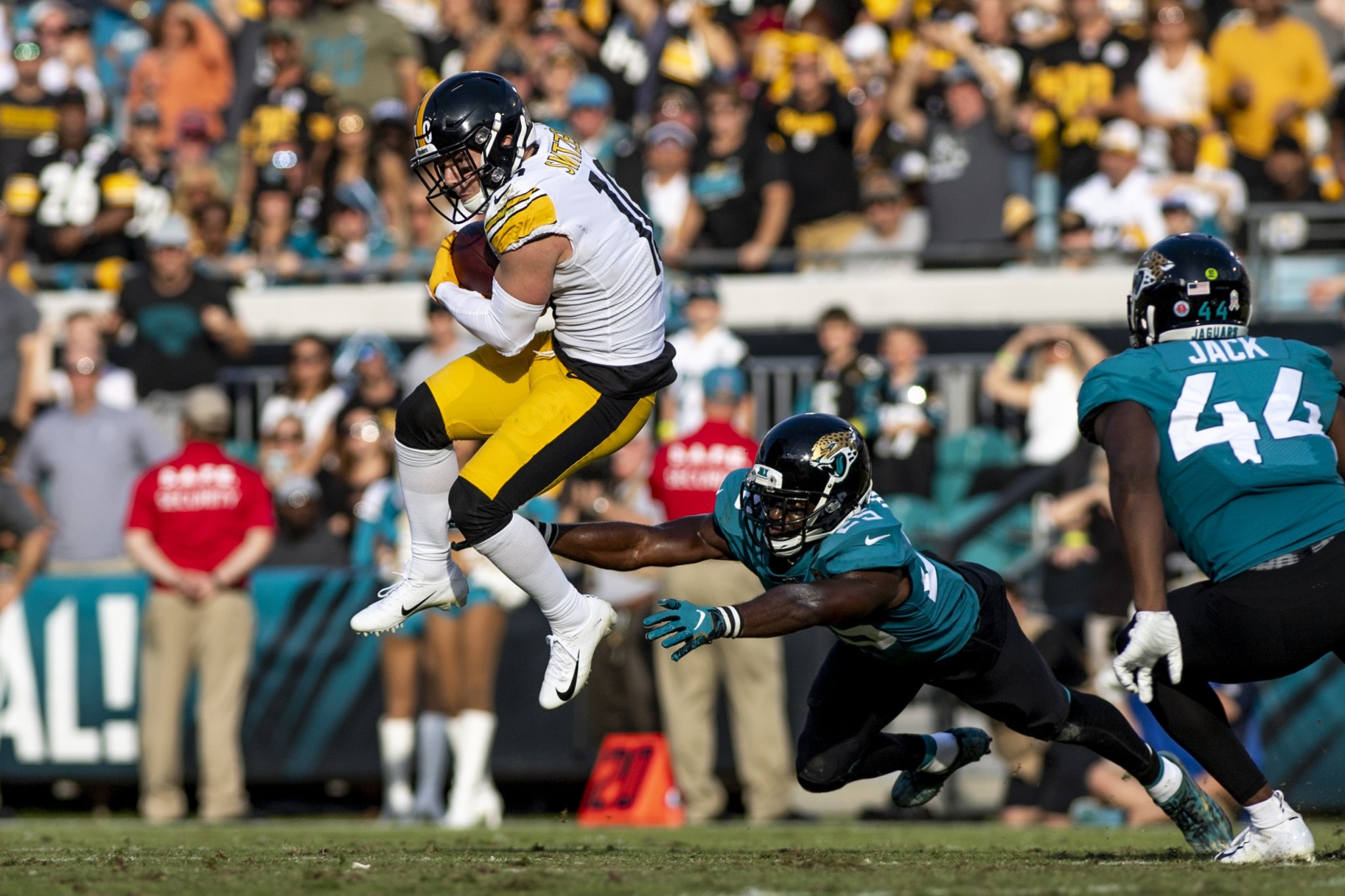 As recently as last month, Ryan Switzer didn’t plan on announcing his retirement from football Monday.

While Switzer hadn’t played an NFL game since 2019, he had worked his way back from reconstructive surgery on his left ankle and was looking to catch on with a team for the 2022 season.

That possibility became more likely in early June when Switzer’s agent called him to inform him of the Houston Texans’ interest in the former North Carolina standout who had previously starred at George Washington High School.

“He called me and was like, ‘good news, the Texans want to bring you down, bad news, you need to leave tomorrow morning.’ It was already 10 o’clock that night,” Switzer recalled Tuesday as a guest on MetroNews Statewide Sportsline. “I drove to Charlotte that night and caught the 7 a.m. flight out of Charlotte to Houston. I ended up working out for them.”

Unfortunately for Switzer, that workout in Houston proved to spell the end of his football career.

“It was just bad luck,” Switzer said. “I was running a go ball at the workout and I ended up stumbling trying to keep my balance. My right ankle, opposite from the one I had reconstructed, cracked. I ended up getting carted off. It was such a blow. I knew immediately what was wrong and knew this was something I wasn’t going to come back from. This is four weeks in the making. I had plans and was all ready to go for this season. This is not premature. It’s very fresh.”

Switzer underwent surgery on his ankle one week ago.

A two-time Kennedy Award recipient at GWHS in 2011 and 2012, Switzer became the sixth and most recent player to be named the state’s most outstanding high school football player more than once. He went on to North Carolina, where he tied a NCAA record as a true freshman with five punt returns for touchdowns in the start of what became a memorable four-year career for the Tar Heels.

The diminutive Switzer, who said he isn’t quite as tall as the 5-foot-9 frame that’s listed, went on to be the 133rd pick chosen by the Dallas Cowboys in the fourth round of the 2017 NFL Draft.

He has fond memories of his first regular season game that season.

“I remember being on the field that Sunday night against the Giants,” Switzer said. “I’m going through my routine in warmups and just remember being in tears like, ‘oh my God, this is actually happening. I’m a Dallas Cowboy.’ It’s not often as an athlete where you get to live in the moment like that. That was a feeling and emotion that I’ll never forget, just actually being at the point where I was in tears realizing a dream and a goal that I had set since I was a kid.”

Switzer went on to have stints with the Oakland Raiders, Pittsburgh Steelers and Cleveland Browns over a five-year NFL career. Despite being undersized, Switzer continuously beat the odds throughout his days in youth football through high school and college to reach the pinnacle of football.

“I always knew that they were against me. It was just something in me that I just ignored,” Switzer said. “When people say you put on these blinders or blockers, it’s a lot easier said than done. I was blessed with such a mindset where I was able to really lock in on something and once I got my cause into the idea that this is what I wanted to do, there was really nobody on earth that was going to tell me otherwise.

“From all the way to middle school, to high school to college, it sounds cliche, but I wasn’t going to be deterred. I knew that’s what I wanted to do and I was going to do essentially everything possible to reach those goals.”

Switzer, who has a 2-year-old son and whose wife is expecting a second child in January, is seeking to get into coaching in the near future. He says he developed the urge to be on the sidelines after becoming a professional player.

“I’ve had an urge to coach since I got into the NFL. Seeing everything that goes into it and I’ve been fortunate to be around some of the all-time greats,” Switzer said. “I’ve been in rooms with Dez Bryant, Antonio Brown, Jarvis Landry, Odell Beckham. As I went along, I fell in love with the process of the game, what makes these guys great and the schematics of it all. The preparation of what it takes to actually win on Sundays.

“When you dissect it and look at it all from a third person point of view, it’s incredible everything that goes into even having the slightest amount of success on a play. I fell in love with that process and realized that coaching was something I wanted to do when I was done. I’m still up in the air in terms of if I want to stay in the league or move back down to college.”

In the near future, however, Switzer plans to come to Morgantown.

Although he wasn’t recruited by West Virginia out of high school, Switzer hasn’t been shy in his liking for WVU football coach Neal Brown or the Mountaineer men’s basketball team.

“My wife and I are going to take the next couple of months to ourselves and kind of get ready for the transition come next season. There are some things that I anticipate doing, one of them being heading up to Morgantown and spending some time with coach Brown,” Switzer said. “Coach Brown has been a great influence on me the last couple of months. We’re going to be able to connect for him to kind of be a mentor on my coaching journey. Coaching is definitely what I’ll be doing for the foreseeable future.”