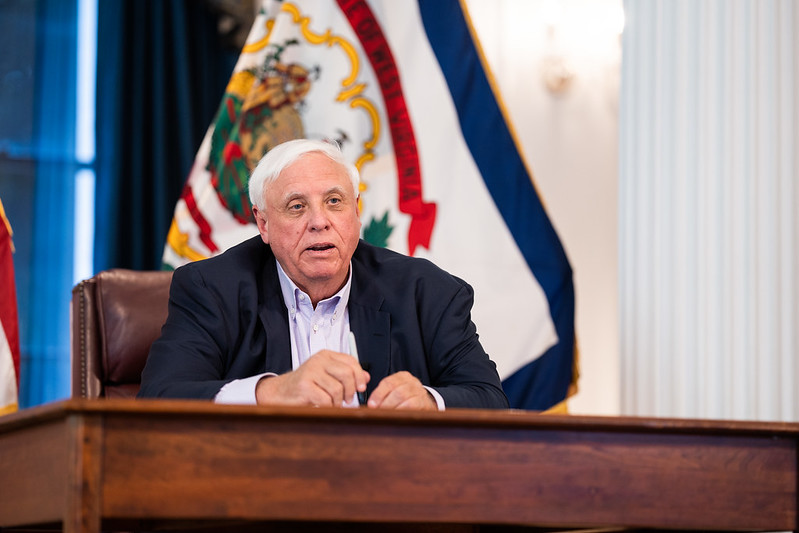 Gov. Jim Justice wants legislators to pass an income tax cut in a special session to start Monday. The Republican majority in the House of Delegates seems ready to go along with that.

But Republican leaders in the Senate have said their preference is to keep laying the groundwork, instead, for personal property tax cuts down the line.

And the governor and the state revenue secretary bluntly say the Senate majority’s approach is wrong.

So who knows where all this is going at the start of next week.

“From the Senate side, our Senate president is really, really hung up on the property tax on vehicles and the machinery and inventory tax,” Justice said in a briefing today. “And to tell it like it is, we’d like in this world to be able to do any and everything. I, frankly, have a completely opposite opinion from the standpoint that I’m not driven by anything as far as influence or lobbyists or anything.

“But I personally believe that if you want people to come to West Virginia, if you want real growth within our state, without any question we need to get on some level of pathway to try to get rid of our personal income tax or at least lower it.”

The Republican governor has talked about an income tax cut of about 10 percent for a few weeks. In the middle of this week, he came out with his proposal — with the brackets for lower wage earners getting slightly higher breaks by percentage.

Although Senate President Craig Blair and Senate Finance Chairman Eric Tarr, both Republicans, earlier emphasized their preference is to move ahead with property tax cuts first, they have made no public statements since the governor announced the income tax proposal.

The senators have invited the governor to discuss the tax proposals during a caucus meeting on Sunday evening.

“We have repeatedly attempted to engage in meaningful conversation with you, as we believe the leaders of this state should speak directly and not through intermediaries,” Blair and Tarr wrote in a signed letter to Justice.

“The Senate majority caucus is optimistic that it would be productive to discuss and compare your income tax bill, which proposes to reduce the average West Virginian’s income tax deduction by approximately $9 per paycheck, and the Senate plan for eliminating the personal property tax in West Virginia.”

Justice said property tax cuts would depend first on West Virginians approving a constitutional amendment to allow legislative action and then passage of a bill. The income tax cut can be done right now, he said.

“This is a silly place at times, and really and truly egos get in the way an awful lot of times. From the Senate standpoint and the House standpoint, we have wanted a reduction in our personal income tax,” Justice said, referring to proposals in prior years that never managed to pass.

The Governor’s Office estimates the personal income tax cut would total a little more than $250 million. The governor points toward a budget that concluded the fiscal year $1.3 billion ahead of estimate.

The proposal to cut property taxes isn’t set in stone yet, but widespread estimates suggest it could amount to more than $500 million — with the state needing to reimburse counties that are dependent on property taxes to provide local services.

Revenue Secretary Dave Hardy today said that would amount to a financial disaster.

But the House leader said it’s wise policy to not try to predict what the Senate will do.

“The number one rule of being the House speaker is to never opine on what the Senate is likely to do, so I wouldn’t even begin to speculate on that,” he said.

On the overall odds of passage, Hanshaw said, “I don’t know the answer to that question. I think the House has passed it before and is likely to pass it again. I don’t know what happens to it at the end of the week.”