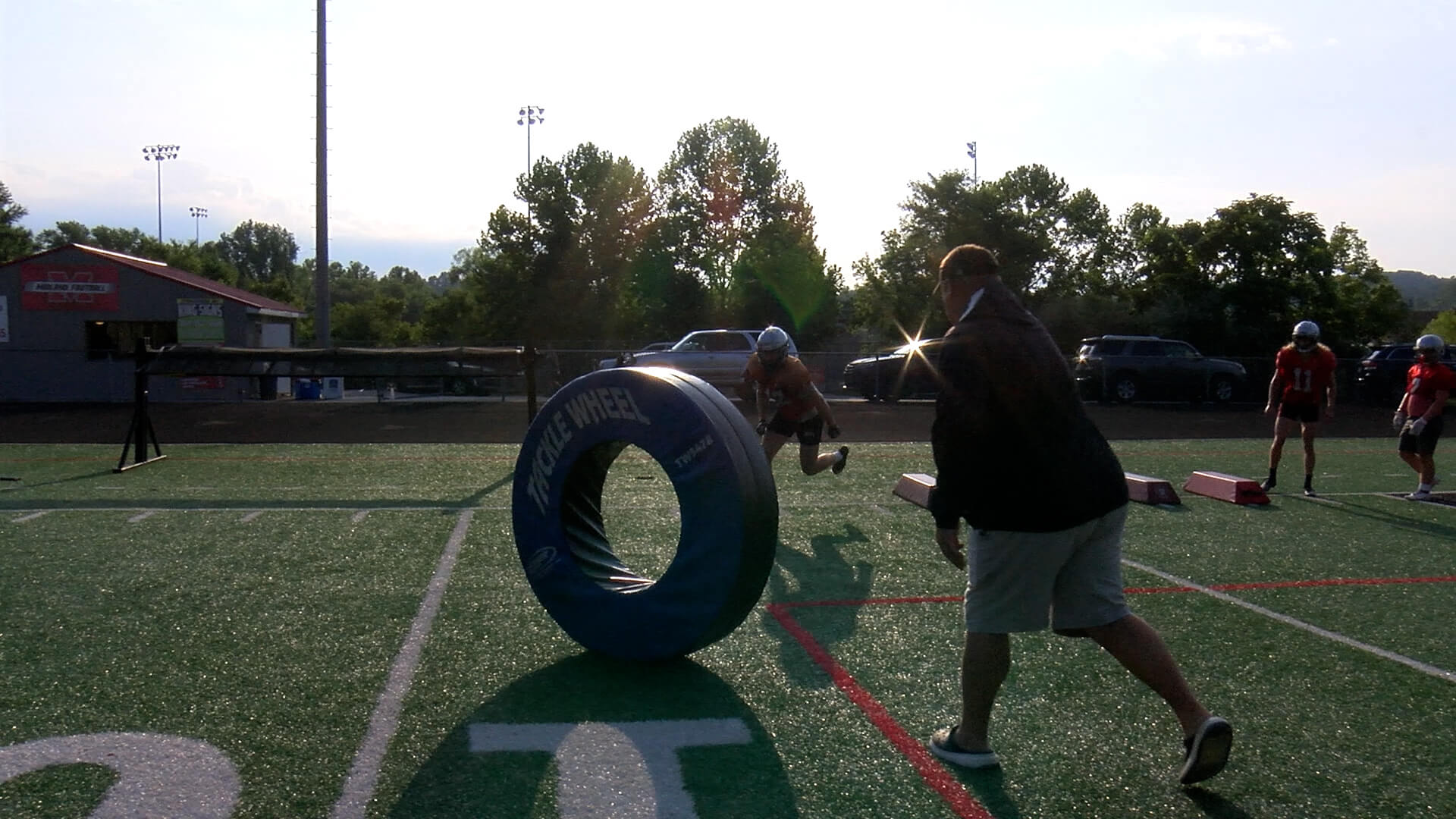 ONA, W.Va. — Cabell Midland owns an eleven-year playoff streak and the Knights have posted a 29-3 record over the last three seasons. The lengthy postseason run began under Luke Salmons in 2011 and he is confident that Midland is set up for continued success in 2022.

“I know we are going to be good and I don’t mean that arrogantly,” Salmons said. “The kids have worked hard and put in the work. I feel like we’ve got good schemes. It just comes down to making plays when it matters and seeing some of those kids who haven’t been in the fire but they are ready to do it, seeing them step up.”

Midland’s two losses last fall came to their county rivals from Huntington, the second was in the state semifinals.

Cabell Midland features a roster with a handful of players that have received Division I offers. Senior lineman Shawn Rouse committed to Marshall last month.

“He is just a program kid. He worked extremely hard. He’s got good size. He does extra and he works out all the time.”

Michael Lunsford and Cannon Lewis also secured Division I offers this summer. They are both part of a strong junior class for the Knights.

“Cannon probably led us in tackles last year as a sophomore. He’s 215 pounds. Mike is 250. Both of them run extremely well. They are great teammates and great kids. That’s the best thing about them.”

Midland’s offense will be engineered by senior quarterback Ryan Wolfe. As the starter last season, he averaged just under ten yards per tote. He rushed for 849 yards and nine touchdowns and he passed for five more scores.

“He has all the intangibles you want as a quarterback. He is probably 6-foot-2, 205 [pounds]. He can throw and run the ball extremely well. He’s smart and he’s a tough kid. He is what you want in a high school or college quarterback.”

Midland’s run-heavy offense will be pivoted by a line that is deep and experienced.

“I feel like we have eight to ten kids that can play offensive line, which is where we need to be. Some years we have had four or three and we have had to make them.”