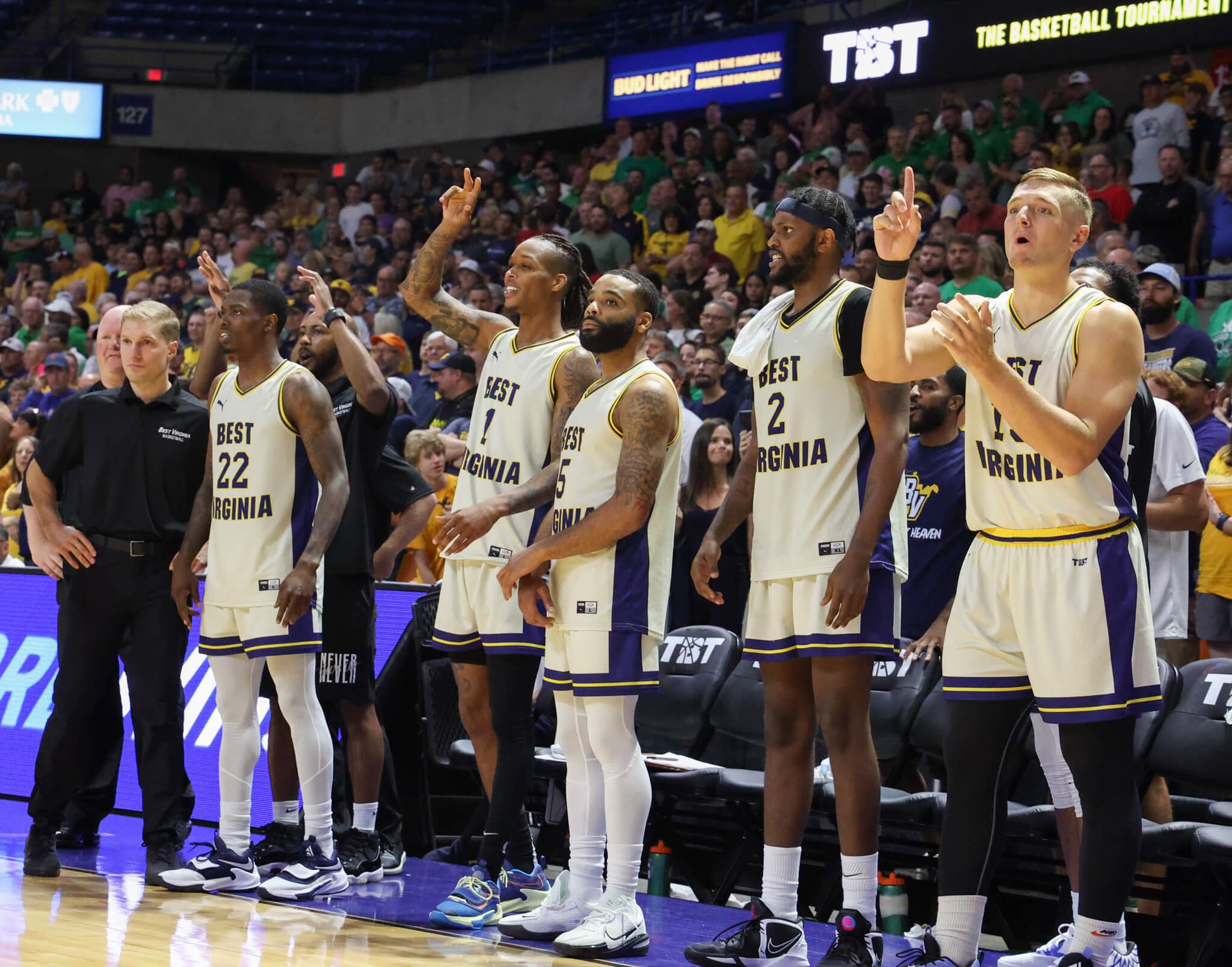 CHARLESTON, W.Va. — One win stands in the way of Best Virginia’s desire for a trip to Dayton and a spot among the final eight of The Basketball Tournament.

The top seed in the West Virginia Regional battles No. 2 Bucketneers at 7 p.m. Wednesday at the Charleston Coliseum for the right to advance to the quarterfinals.

The contest will air on ESPN3 and be carried by the MetroNews radio network with a live stream available on wvmetronews.com. Select affiliate stations across the state will also carry the game live.

It’s a quick turnaround for the top two seeds in the region, with Best Virginia taking to the court 21 hours after advancing with an 89-79 win against Herd That. For Bucketneers, a  squad largely comprised of past East Tennessee State players, it’s a shade under 24 hours between the completion of Tuesday’s thrilling 83-80 win against War Ready and the start of a Sweet 16 showdown.

“We knew the schedule going in,” Best Virginia coach James Long said. “When you’re getting ready for TBT, you’re preparing to win six games. You don’t really celebrate making it to the Sweet 16 or anything like that. We acknowledged what the schedule could potentially be if we were to advance. We knew it going in and we’re not using that as a crutch.

“Our job is to get ready to go and get prepared in a day’s time. Bucketneers are good. They’re tough, they guard, they have shooting and bigs.”

After getting it done with strong defensive play in Sunday’s TBT opener against Virginia Dream, Best Virginia put on a strong shooting display in its win against Marshall’s alumni-based team.

BV made 11-of-23 attempts from 3-point range and 33 of its 68 field-goal attempts in all, with a trio of players — John Flowers, Jermaine Haley and Kevin Jones — scoring 17 points apiece to lead the way, while Jamel Morris added 15 and the game-ending basket.

Flowers connected on 5-of-6 triples and has made 8 of 12 from long range through two TBT games.

“He’s grown so much as a player,” Jones said of Flowers. “A lot of times fans only see us one way and see us how we played in college. Our games have grown a lot. So when people see that, they’re surprised, but I’m not. I see him every day working on those shots and hitting them consistently. He’s been doing that for years now. It’s time people give him his respect as a shooter. He’s earned it.”

Haley, a new addition to this year’s roster, has 30 points and 12 rebounds over his first two games with Best Virginia. He’s made 10-of-17 field-goal attempts and is scoring nearly a point a minute on average, having played 33 minutes in a reserve role.

“I love his game so much,” Long said. “If you know basketball, he does so much to help you win.”

Bucketneers made noise in last year’s TBT, when as a No. 12 seed in the 16-team West Virginia Regional, the squad won by 27 and 19 points in its first two TBT games. Bucketneers then bowed out to top seed Sideline Cancer in hard-fought fashion, 58-57.

“We’ve obviously watched them and we’re familiar with them from last year,” Long said. “They had Sideline Cancer beat and Marcus Keene hit that big three. Their staff does a good job. The bench has a bunch of energy and there’s a lot of similiarities with them and us. It’s going to be a really good game”

Balanced scoring has been a big part of Bucketneers’ success through a pair of TBT tilts in 2022. After four players scored in double figures and another added nine in an 83-73 opening-round win over Fully Loaded, Bucketneers had five double-figure scorers and held on for the victory despite nearly squandering a 14-point lead through three quarters.

Six-foot-4 guard Desonta Bradford has a team-high 29 points through two games, while fellow guard Jalen Riley has 27 points with five triples. Isaac Banks, a 6-7 forward, has 24 points, while 6-9 forward Nick Ward, a former player at Michigan State, has scored 10 in each contest.

After having a decisive 40-27 rebounding advantage against Fully Loaded, Bucketneers struggled on the glass and was out-rebounded by War Ready, 43-31.

Considering Best Virginia has allowed 37 offensive rebounds and is minus-10 in total rebounding through TBT games, both teams will be looking to improve their rebounding output.

“It comes down to effort and finishing possessions,” Haley said, “and if we finish possessions, I feel like we can go as far as we want to go in this tournament.”

The winner will meet the winner of Wednesday’s Dayton Regional final between No. 1 The Money Team and No. 3 Red Scare. That contest is set for a 9 p.m. start Friday at University of Dayton Arena.