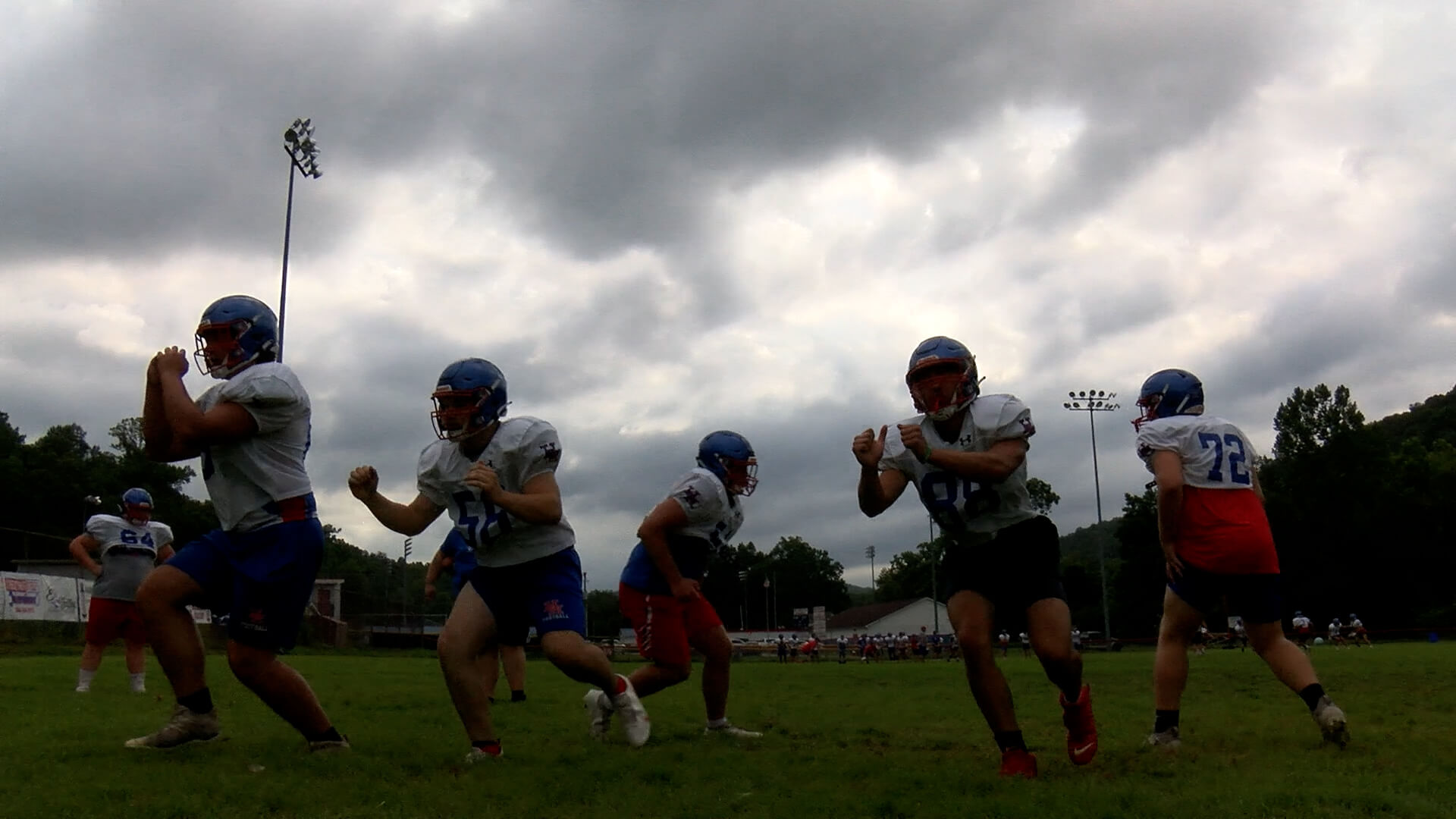 FALLING ROCK, W.Va. — In just two seasons, Joey Fields and the Herbert Hoover coaching staff have built a team that has generated a ton of buzz in Class AA. After advancing to the quarterfinals in 2020, the Huskies posted a perfect regular season last fall. It was the program’s first since 1977. Fields says the energy is building all the way down to the youth levels.

“We have 136 in our little leagues between three teams. We have 52 playing at our middle school, our one feeder [school]. We have 55 guys out right now competing,” Fields said. “People are excited about football on ‘The River’. It is spreading, but winning does that.”

Hoover averaged 49 points per game in a 10-0 regular season and they earned the No. 1 seed in the Class AA playoffs. The Huskies however ran into defending state champion Fairmont Senior in round one and the Polar Bears prevailed 30-28.

“Would we have felt better if that game was played three or four weeks later? Of course,” Fields said. “What are we going to do differently on and off the field to give ourselves a better scenario and a better advantage the next time we get a team like that? And they are coming.”

“We are putting more on him,” Fields said. “There’s more pre-snap calls that he can make decisions on.”

“Obviously, he has grown and he has matured a little bit,” said Herbert Hoover senior running back/wide receiver/defensive back Andrew Rollyson. “I think his decision-making is going to pay off this year. He has been working on that.”

Several starting spots are up for grabs on both lines, but returning all-stater Isaiah Chapman is expected to have a significant impact on both sides of the ball.

“He will have a bigger role offensively,” Fields said. “Our thing is that we have to get our best eleven on the field. And he is one of our best eleven.”

One of the state’s top kickers will take on an added role on offense. All-stater Levi Paxton will step into the rotation at receiver.

“I am pretty comfortable in my role on offense,” Paxton said. “I have watched it for years, what needs to be done. Last year, I had the opportunity to but I didn’t due to kicking. This year, I needed to.”

High expectations have made their way to ‘The River’ but Fields is hopeful that attention to detail on small, daily goals remains the focus of the Huskies for now.

“We have to be ready every single day and take it one day at a time,” Fields said. “I know that is cliche. We address it that way. Our leaders have to play well and our best players have to practice well.”