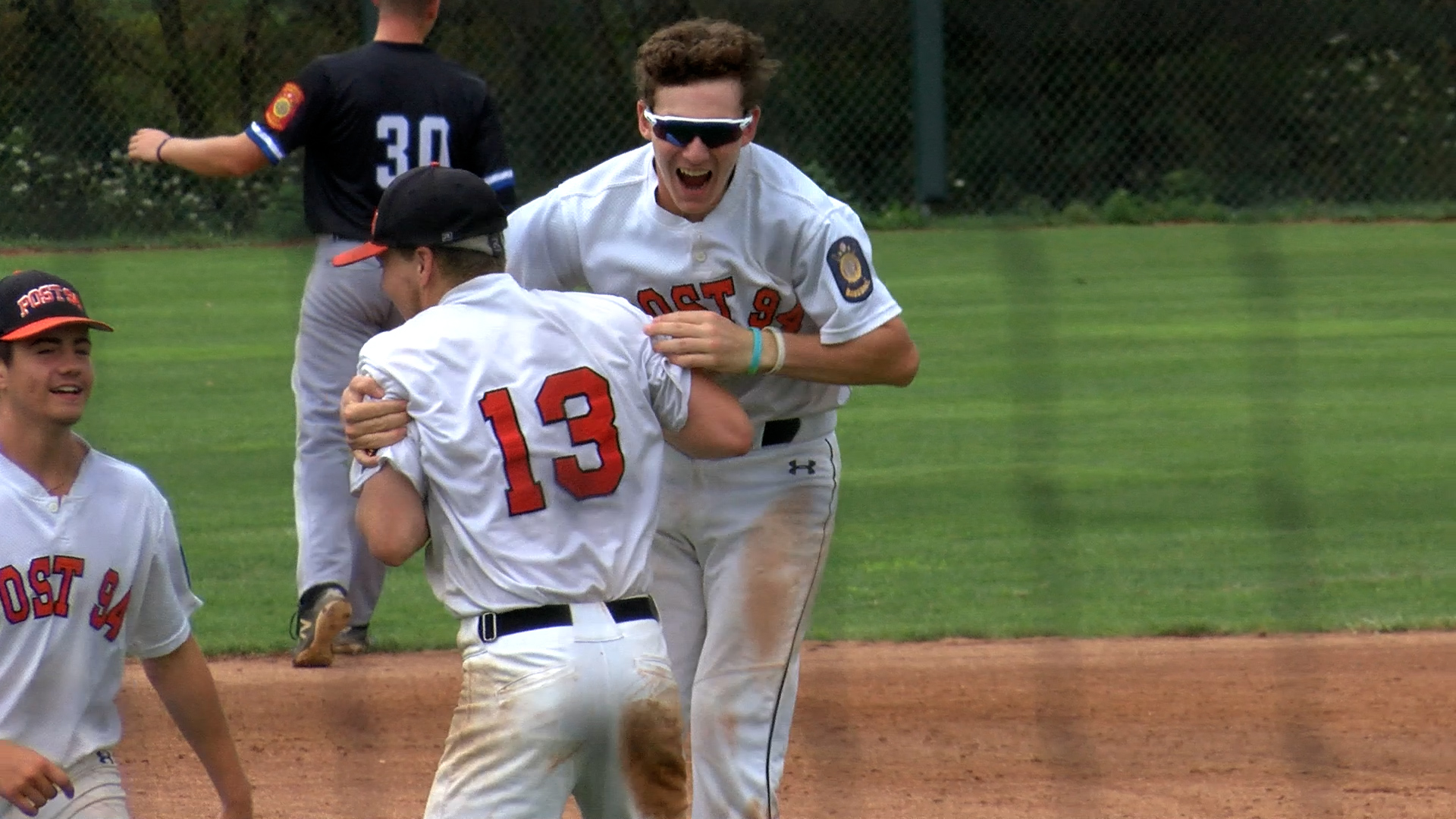 MORGANTOWN, W.Va. — With a pair of victories on Friday, South Charleston Post 94 secured the West Virginia American Legion State Baseball Tournament title. South Charleston opened the day with a 7-2 win over Parkersburg to clinch a spot in next week’s Mid-Atlantic regional tourney. In their second game, Post 94 locked up the state title with an 8-5 win over the host team from Morgantown.

Concord University freshman and St. Albans High School graduate Tyson Burke went the distance on the hill for Post 94. After the first three Post 2 batters scored in the bottom of the first, Burke allowed just two runs the rest of the way. He allowed seven hits and struck out four batters.

South Charleston opened the scoring in the first inning with a two-run single from Andrew Scarberry. Morgantown quickly answered in the bottom of the frame when University High School graduate Aaron Forbes connected for a three-run home run.

In the third inning, Scarberry collected his third RBI of the game on a groundout. Post 94 took the lead with a two-run home run off the bat of Jordan Mosley.

Once again, Post 2 responded in the bottom of the frame. Forbes homered for the second time. It was a solo shot to cut Morgantown’s deficit in half at 5-4.

South Charleston took their biggest lead in the fifth with a three-run frame. A run-scoring single from Garrett Comer was followed up by a two-run home run from George Washington High School product Isaac McCallister. Post 94 led 8-4.

Morgantown drew closer in the bottom of the seventh with a run-scoring double from Cody Thomas. However, Burke stranded the tying run at the plate to close out the game.

South Charleston (23-5) will face the New Jersey state champion Wednesday at 4 p.m. in the opening game of the eight-team Mid-Atlantic Regional Tournament back at Dale Miller Field. Morgantown (19-16) will host the Pennsylvania state champion in the final game of the day at 7:30 p.m.