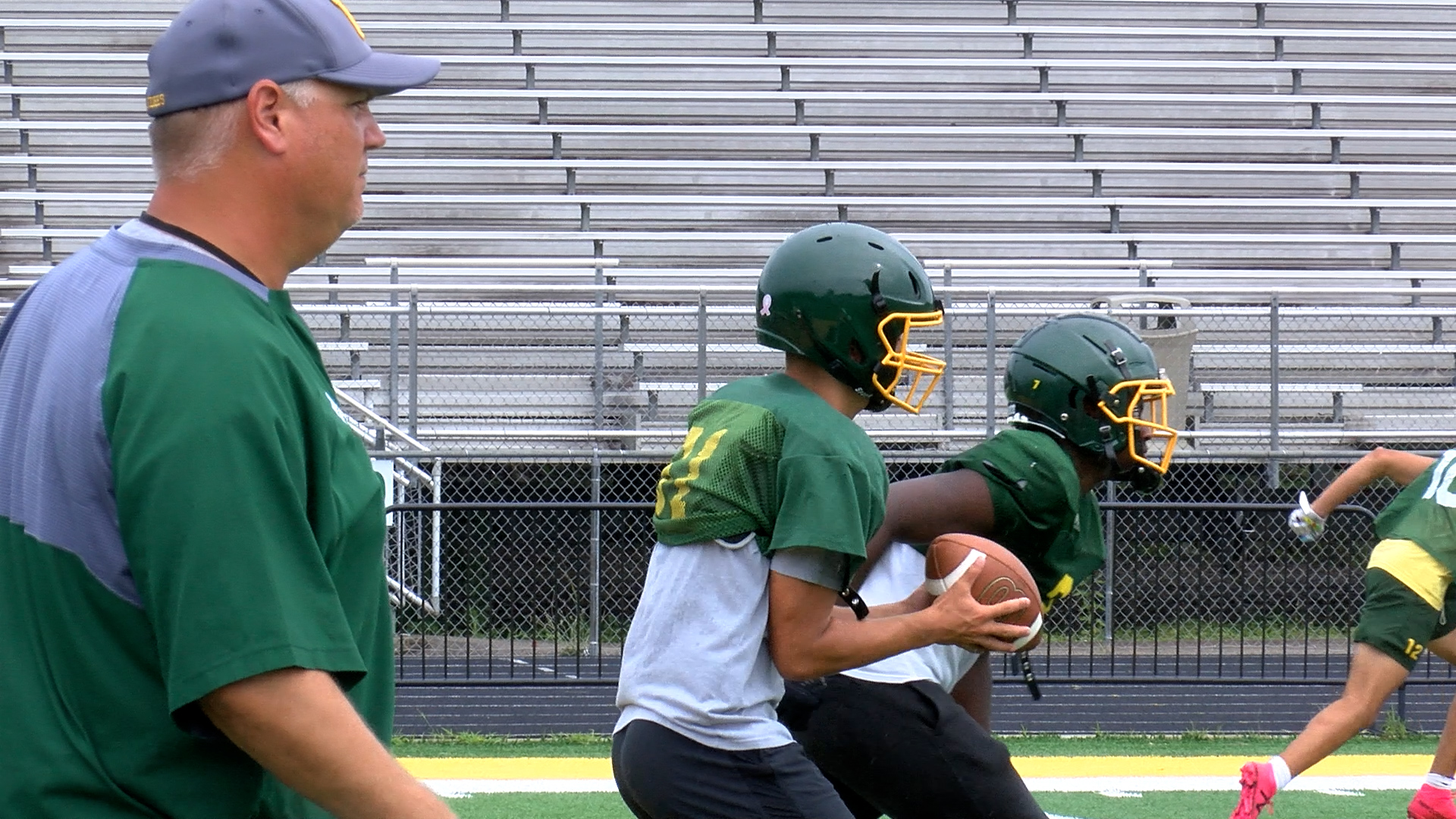 HUNTINGTON, W.Va. — Huntington’s 3-6 season in 2020 was indeed a COVID-related blip on the radar. Last fall, the Highlanders won their first thirteen games of the season and advanced to the Class AAA state championship game. Head coach Billy Seals believes a normal offseason and preseason calendar were major benefits.

“I thought we were going to be good. I didn’t know how good,” Seals said. “We had the potential to be good and obviously, potential is what you make of it. I felt like last year we had tremendous leadership in our program that allowed us to win some tight football games. I felt we had a great offseason where we didn’t a year ago because of COVID.”

As Seals was quick to point out, any season that ends with a loss in their last game leaves a team wanting more. A loss to Martinsburg denied the Highlanders their first state title.

“The way it ended, there shouldn’t be any complacency,” Seals said. “Martinsburg took us behind the woodshed. Give them a lot of credit. We didn’t play our best football that last game.”

Division I talent can be found at several key positions for the Highlanders. Junior lineman Robby Martin holds twenty DI offers, nine from the ‘Power 5’ level and that includes West Virginia. He will be asked to build up many new starters around him on the line.

“He is aggressive. I think he is going to continue to get better,” Seals said. “He just turned sixteen the other day. We are looking for a big year out of him. He is kind of going to anchor our offensive line with us losing four out of five up front.”

Senior Gavin Lochow enters his third season leading the Highlander offense. He holds offers from Davidson and Dayton. Lochow combined to run and pass for 3,377 yards last season with 44 touchdowns.

“He is looking better every year,” Martin said. “With every day, he is getting better in every practice. He is going to be better this year than what he was last year. He’s been working.”

Huntington lost their top four receivers from a year ago. Sophomore Zah Jackson, who has already earned four Division I scholarship offers, will play a vital role at receiver and in the backfield.

“We felt like it would be awful tough to throw both sides of the ball on a fourteen-year-old freshman. We really just let him concentrate on defense. Even though he played offense, we could have put the ball in his hands a little bit more. I am sure he is going to touch the football a bunch this year,” Seals said.