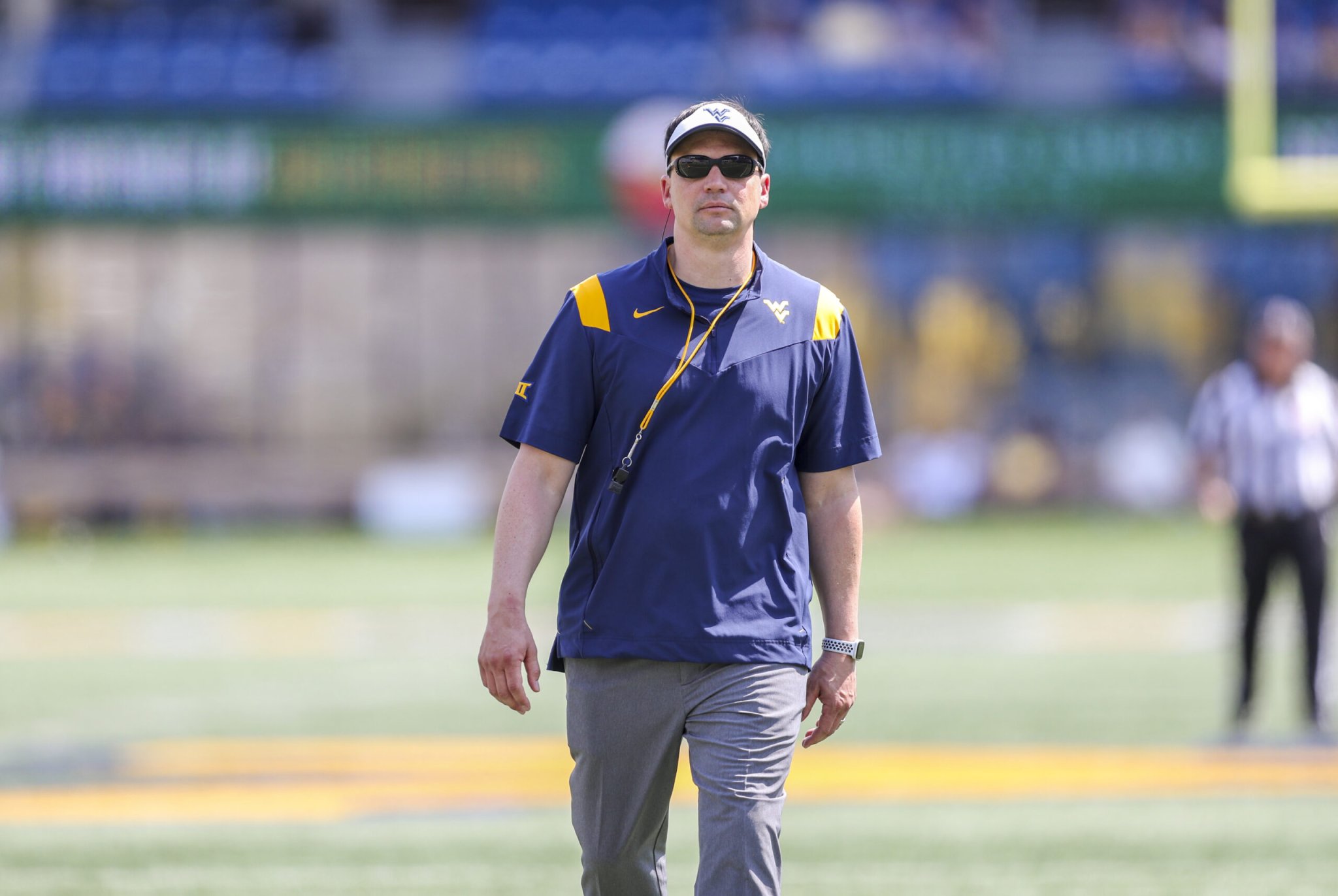 MORGANTOWN, W.Va. — At this point in the calendar year, West Virginia is usually gearing up for its first day of football practice.

However, with the Mountaineers opening their 2022 season on Thursday, September 1 at Pitt, WVU was able to get an early start to fall camp, which began Monday with a 1 hour, 40 minute practice.

According to head coach Neal Brown, the majority of the 110 participants had a strong understanding of what was going on thanks in large part to a new NCAA rule that allows for coaches to work with players up to two hours a week during June and July. During those months, teams are permitted up to to eight hours weekly of non-contact skill instruction, but previously, those could only be player-led.

With the rule change, college football essentially adopted a similar structure to what the National Football League allows for with its OTA (organized team activity) sessions.

“The OTAs were really beneficial,” Brown said. “The way the OTAs are structured, you can’t go against anybody, but you can work on alignment and assignment. From a retention standpoint on offense, with maybe the exception of [true freshman tight end and recent arrival] Will Dixon and some of our new walk-ons, everybody knew what to do.

“We have to get better as far as our reactions of playing against somebody. I’m not saying our route reactions and things like that were perfect. Maybe our timing is not exactly where it needs to be, which is to be expected day 1, but our retention was really good. Same thing defensively. What we asked them to do in our day 1 install, we’ve actually covered three different times during OTAs in June and July. I felt like we knew what to do and didn’t have to slow things down and teach a lot out there today.”

West Virginia’s summer schedule was such that coaches conducted OTAs in June twice a week for 50 minutes per session.

“We did some fundamental work and some low speed install work on offense, defense and special teams,” Brown said.

Players were then given a break for three weeks while the coaching staff vacationed, before OTAs resumed for two weeks ahead of the start of fall camp.

“We picked it up here the last two weeks, but we weren’t out there yelling and screaming — none of that kind of stuff,” Brown said. “It was teaching. The guys understood and they really liked it.”

West Virginia has also entered a new phase of the preseason in that 25 practices are permitted over a stretch of 31 days.

In years past, there were fewer off days during August, but Brown sees more pros than cons in the change.

“The rule change makes sense. It was always either 28 or 29 days to get your 25 practices in,” Brown said. “They added three days to that. We’ve set it up where we never practice hard more than three days in a row. We want to do a build up and we have practices that are low, moderate and high. You have to build up to those high levels. We’re trying to get on a path where we can play at our fastest and be at our most fresh on September 1. But now, after we have those high or really physical practices, we can then take a day [off]. We built in a couple different two-day breaks that I believe make the most sense. This is a little bit of a grind.”

“Everybody talks about all the negative changes. The OTAs have been positive without question,” Brown said. “Today, we didn’t go in there and say, ‘hey, this is where you line up.’ The NFL gets a lot of things right. Those OTAs have been really good for us. There’s something you’ll see staying as long as staffs don’t abuse them.”

With the exception of cornerback Charles Woods, the West Virginia secondary will feature an abundance of fresh faces in 2022.

One player the Mountaineers were optimistic could be a big factor on the back end in 2022 was safety Saint McLeod, but it appears he’s a ways off from being able to do that.

The victim of a stabbing incident on High Street in March, McLeod remains away from the team.

“Saint is not with us,” Brown said. “I don’t foresee him being with us during fall camp.”

As a true freshman in 2021, McLeod played in eight games, started a pair and had 162 defensive snaps altogether. He was WVU’s leading tackler with eight in a victory at Kansas and was in on six stops in his first career start — a win over Texas.

Previously, less than a week before the annual Gold-Blue Spring Game was held April 23, Brown suggested McLeod was on the mend.

“He’s feeling better. As far as when he can workout, he told me he ran,” Brown said. “The wounds are healing and it seems to be improving.”

McLeod had 22 tackles and a pair of forced fumbles last season.