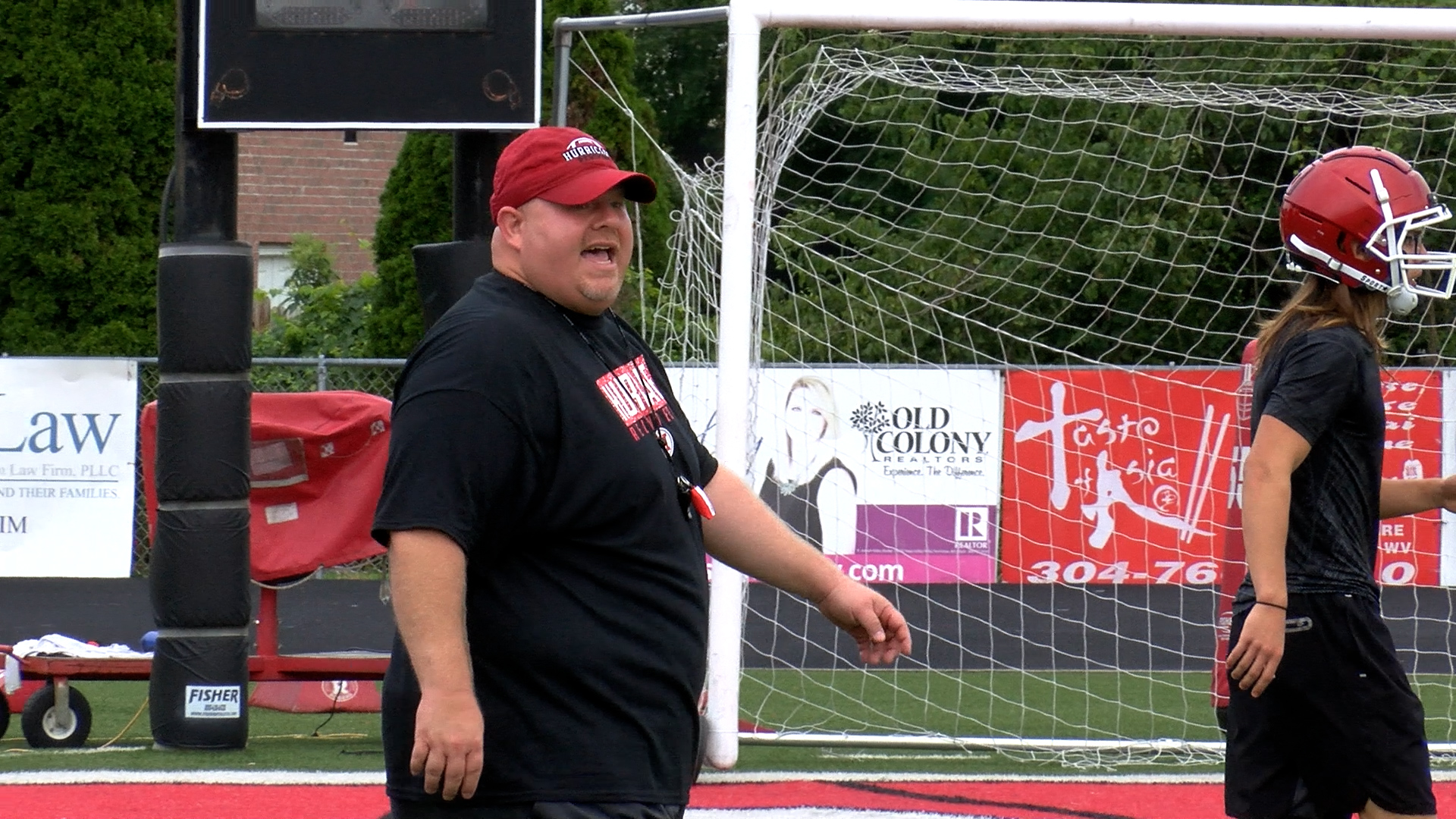 HURRICANE, W.Va. — Expectations for teams going to work under new head coaches can sometimes be tempered. That’s not the case in Hurricane where Donnie Mays has a deep and talented roster in his first season with the Redskins. Mays led South Charleston for the last nine seasons and guided the Black Eagles to a perfect season in 2020.

“I had some experience under my belt,” Mays said. “So it is a lot easier of a process for me. The offseason was so important just to get to know the kids and have the relationships built so we can get this thing rolling the right way.”

Shortly after being named the head coach at Hurricane, Mays was immediately impressed by senior Heath Montgomery — and in a unique way.

“A quick story about him — he found a black snake out there. I am terrified of snakes. He grabbed that thing up and threw it over there in the woods. So that guy is fearless and I love that about him. He caught my eye right off the bat. He is just a tough, hard-nosed kid. He is pretty much a leader of this group.”

Mays expects to use an uptempo, balanced offensive attack similar to what he employed at South Charleston.

At the controls of that offense will be sophomore Noah Vellaithambi.

“His weakness is that he never really played varsity football,” Mays said. “But his strengths are that he has a very strong arm. And he understands what we are trying to do offensively.”

Former South Charleston Black Eagle Mondrell Dean will be one of several options in the backfield. Dean holds a host of Division I scholarship offers.

“He is recruited by Division I’s for a reason,” Mays said. “His length is different. He is just special as a football player. Overall, he is a great kid.”

The Redskins welcome back their second-leading tackler from last season. Lucas Rippetoe made 113 stops in 11 games.

“He gets after it. He knows what is going on and he will hit you,” Mays said. “That’s what I really like about him. He is a physical kid. We put twenty pounds on him in the offseason. And he is running around a 4.7 right now. I think he’ll have a really good year too.”

Hurricane has qualified for the playoffs in each of the last six seasons. Mays is hoping to break some new ground.

“We are trying to get this group over the hump,” Mays said. “We want to get them to the semifinals. Our mentality is just to be first at everything that we do. We want to be the first team that gets to the semifinals. We want to be the first team, to get to the state championship. Just like every team in the state, we want to win one. I have been fortunate enough to be a part of those. I kind of have an idea of what it takes.”