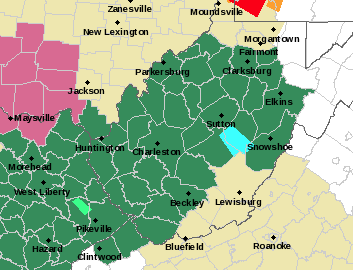 Some hail and gusty winds may be possible in parts of Nicholas, Pocahontas and Webster counties following a tornado watch that expired Monday at 7:15 p.m.

The agency anticipates strong to severe thunderstorms as a cold front passes through the state, possibly resulting in excessive rainfall and flooding in low-lying areas.