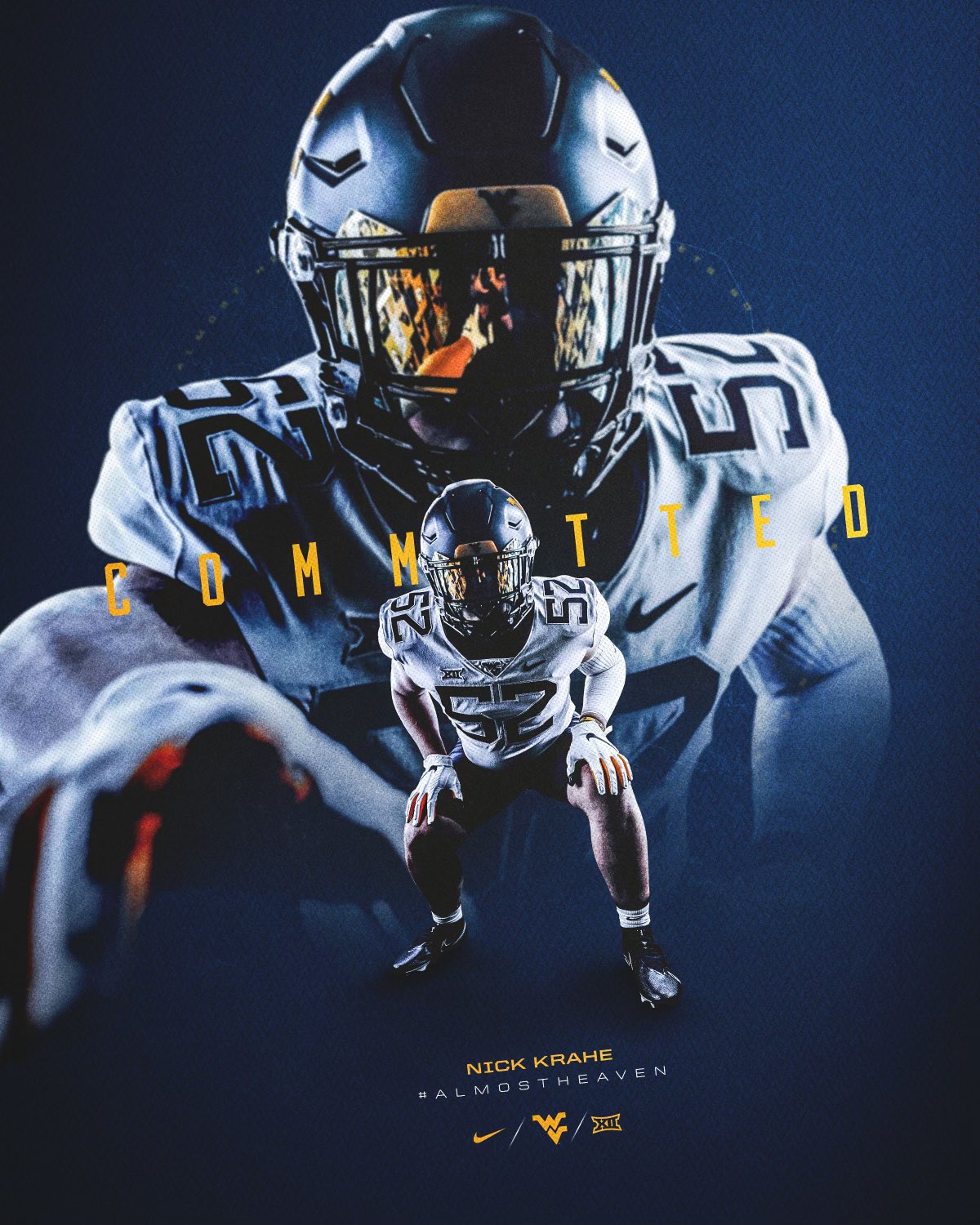 West Virginia bolstered its 2023 recruiting class Monday in the form of a commitment from three-star offensive lineman Nick Krahe.

Krahe, a native of Harborcreek, Pa., is a 6-foot-5, 285-pound standout at Harbor Creek High School. Krahe has a lengthy list of college offers, including from the likes of Pittsburgh, Maryland, Boston College and Marshall.

He is rated a three-star prospect by 247Sports and Rivals.

Krahe is the third offensive linemen and 17th player currently committed to WVU’s 2023 class, which has seen its share of change in recent days.

Over the weekend, Spartanburg (S.C.) High School teammates Raheim Jeter and Cameron Jackson reopened their recruitment after both had been committed to WVU.

Jeter had been the lone quarterback commit in the class. He and Jackson, a pair of three-star prospects by 247Sports and Rivals, originally committed to the Mountaineers in December 2021.