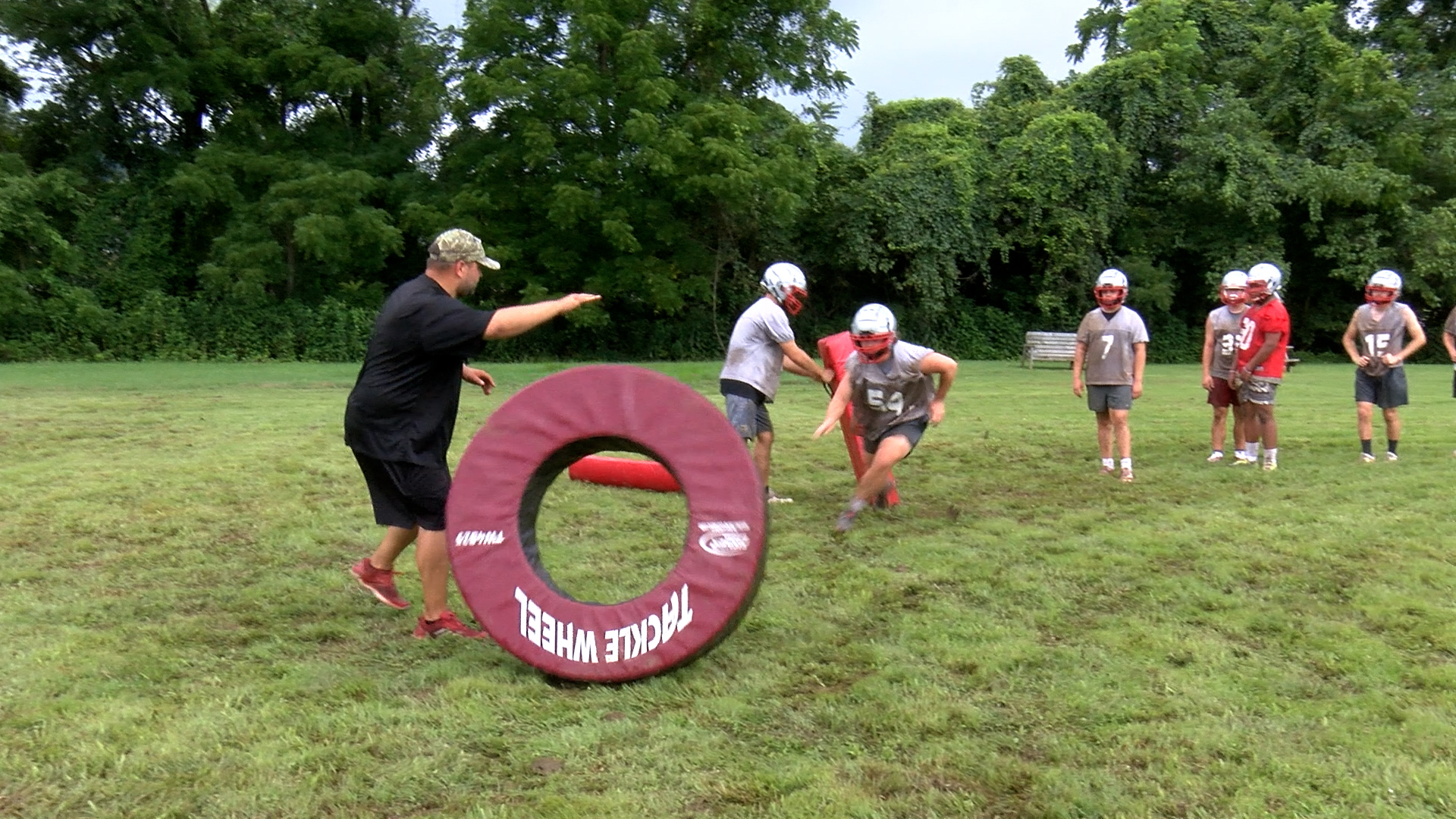 POCA, W.Va. — An impressive four-year run for the Poca Dots reached a pinnacle last fall. Since 2018, Seth Ramsey’s club has posted a 35-6 record. Last fall, the Dots advanced to the Class AA semifinals before falling to defending and eventual state champion Fairmont Senior.

“I thought we were kind of in that second-tier of teams last year,” Ramsey said. “To be able to perform like we did and make a strong run, I was really proud of the guys. I thought we might have overachieved a little bit. It was really great to get into that third round and get in that semifinal game. We hosted eight games last year. That hasn’t happened here before.”

“We hadn’t made it there in so long. Getting to play there and getting that far meant a lot to us. I think it will make us want it more this year,” said Poca senior lineman A.J. Dunbar.

Ramsey and his coaching staff bid farewell to a decorated senior class that included Marshall signee Toby Payne. Younger Dots can now be found at almost every position.

“We lost four of our offensive linemen last year and five of our top six,” Ramsey said. “We’ve got A.J. Dunbar back. I think he is going to be one of the better linemen in [Class] AA. He is a three-sport athlete. In the spring, he plays baseball and track. A couple years ago as a sophomore, he won [state] track in shot put.”

“We’ve got A.J. and he is one of the best linemen we’ve got. We’ve got Tony [Belcher] and all them. They are really stepping up this year too,” said Poca senior quarterback/defensive back Jordan Wolfe.

Senior Jordan Wolfe returns for his second season as the starting quarterback. Wolfe passed for 17 touchdowns and rushed for 11 more scores last fall.

“He is an exceptional athlete. He throws the ball well and runs the ball well. We are going to have to make sure that we have some designed quarterback runs for him to get him the ball and let him go,” Ramsey said.

Senior Kambel Meeks emerged late last season and was the Dots’ second-leading receiver with 23 receptions for 482 yards and 5 touchdowns.

“He can beat about anybody on a vertical route but we have to get him going on the intermediate stuff too. He is just really explosive when he gets the ball in his hands,” Ramsey said.

Ramsey knows that some growing pains are expected with a young roster. He is hopeful that grit can be built throughout the course of the season.

“We had a kid back in the summer doing 7-on-7 and he asked us, ‘How come there isn’t a run game tournament?’ I said, ‘There is. It is called the postseason’. So we have to figure out how tough we are,” Ramsey said.