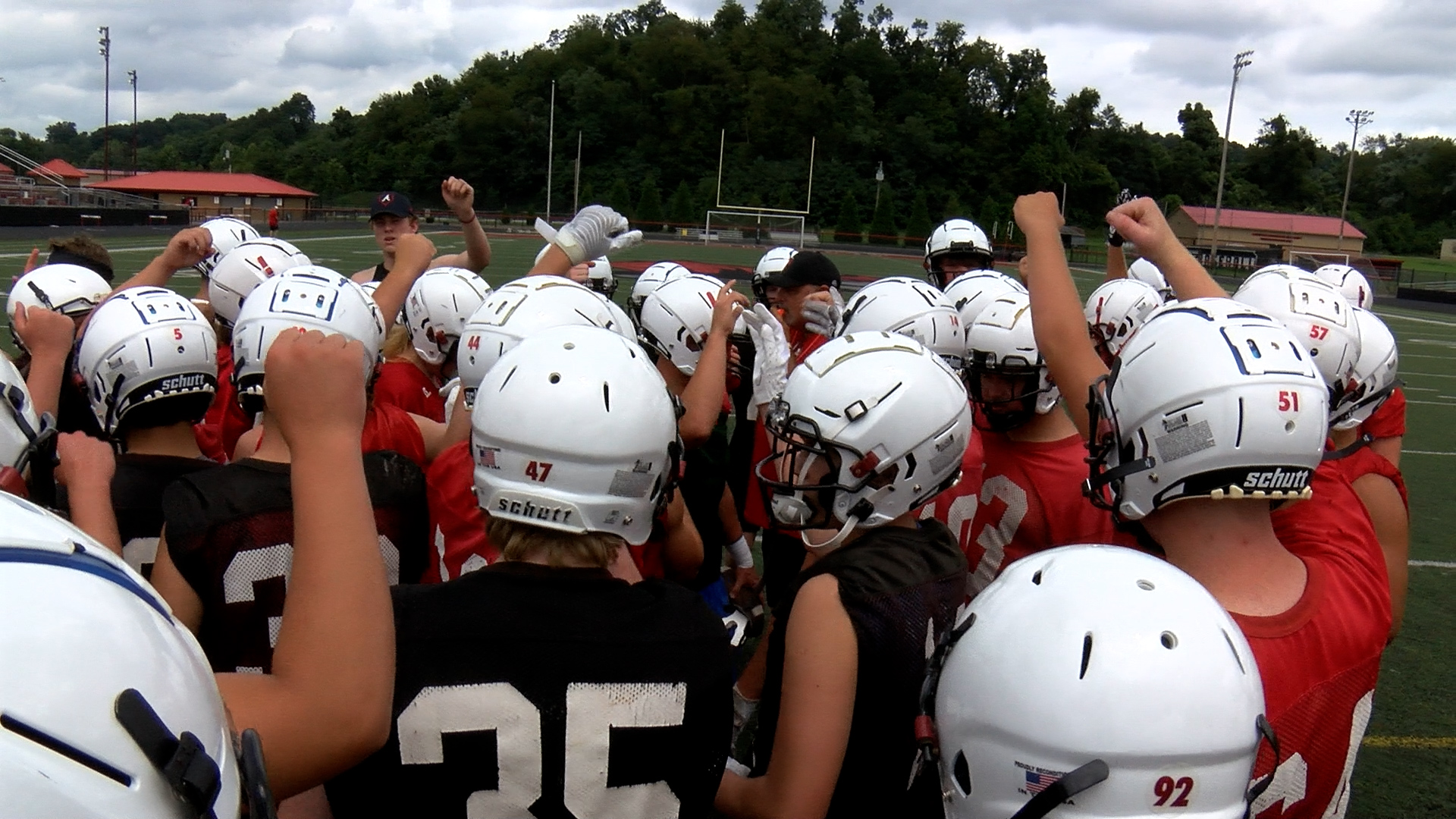 POINT PLEASANT, W.Va. — A young Point Pleasant team matured ahead of schedule in 2021 and the result was a nine-win regular season and the No. 3 seed in the Class AA playoffs. Point was defeated by Bluefield in the opening round but several veterans return for the Big Blacks this fall.

“I was surprised by last year’s record, to be honest with you,” said Point Pleasant head coach David Darst. “I didn’t know that we would put together that kind of team. We lost our first game of the year and honestly didn’t play very well in that game. And then something clicked with our team. They decided they wanted to be a good football team.”

“We knew we were good. But we didn’t know exactly how good with the new offense,” said Point Pleasant senior running back/defensive back Gavin Jeffers. “It was not necessarily a surprise. But it was great coming in at 9-1.”

A pair of all-staters can be found in the Point Pleasant backfield. Quarterback Evan Roach holds a scholarship offer from Morehead State. He combined for 1,828 yards from scrimmage and 32 total touchdowns. Gavin Jeffers earned first team distinction after rushing for 1,444 yards and 16 touchdowns.

“[Roach] is a real dual threat back there with running and passing the football,” Darst said. “And having the first team All-State tailback beside him really makes it nice.”

“It makes it very easy to throw the ball having a 6-foot-4 body out there,” Roach said. “You just throw it up and he can go up and get it.”

On a roster that contains just four seniors, many juniors will be used in starting spots on both lines.

“I am going to probably play six underclassmen on the line,” Darst said. “Now these kids played a lot last year for me as sophomores. They are all going to be juniors this year. So it is a young line coming in.”

As David Darst enters his sixteenth season as head coach, he knows the difference between a good season and a potentially great season could hinge on defensive improvements. Point allowed 21 points per game last season.

“The question mark is going to be — can we be that defensive team that we used to be here at Point Pleasant? I have said it for the last couple years that we just haven’t been that type of team that I used to see here at Point Pleasant. From what I have seen with the weight room, I think we are probably going to see a more physical football team on that side of the ball,” Darst said.