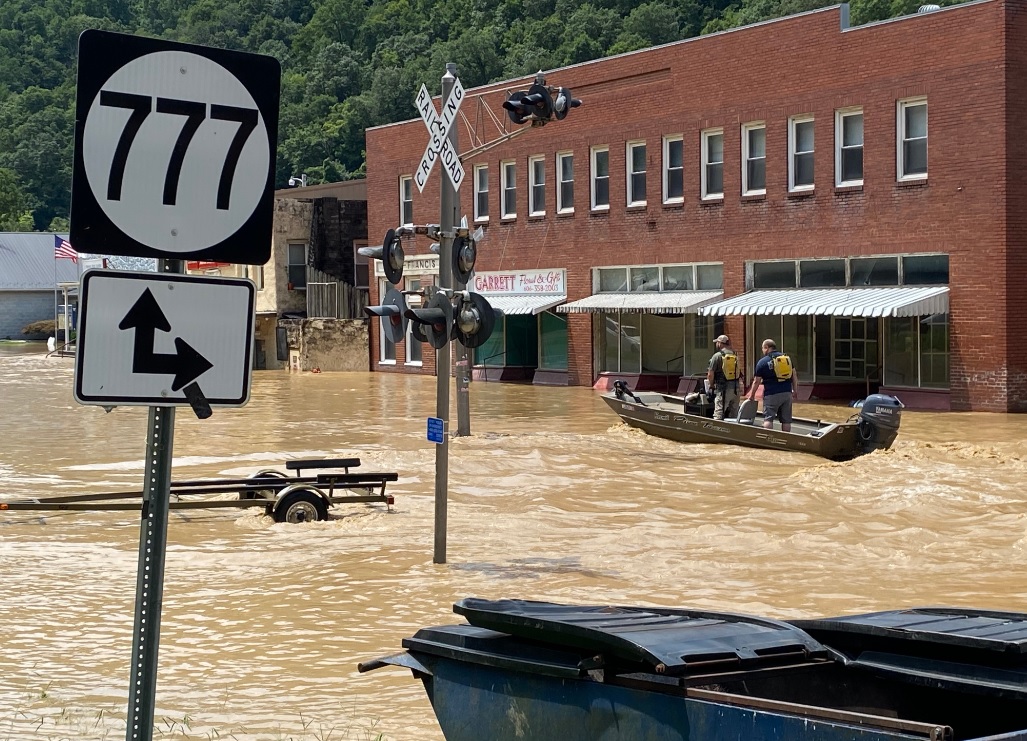 MORGANTOWN, W.Va. — WVRC Media and Morgantown-based PR Plus Events are collecting backpacks and supplies for flood victims in eastern Kentucky at the Greer Building on Earl Core Road or at 150 Clay Street.

On WAJR’s “Talk of the Town” Thursday, Bridgeport resident Joe Kinzer said he has taken four vehicle loads of supplies to the hard hit Letcher County area and spoken officials and residents there.

So far, nearly 40 people have died in the flooding.

“That total is going to go up,” Kinzer said. “There are still several hundred people missing, unaccounted for right now.”

Flash floods hit the area in the early morning hours when few people were prepared or able to to get to higher ground.

“People were saying they heard screams in the middle of the night- about 1 or 2 o’clock in the morning,” Kinzer said. “A gentleman from Floyd County said he rescued five children from the floodwaters.”

Labeth Hall with PR Plus Events has been working and communicating with Letcher County officials to assess the need as more clean up is completed. She also said due to the timing of the storm people had little chance to take anything as the flood waters pushed them out of their homes.

“They were taken out of their homes in the middle of the night and taken to shelters,” Hall said. “They’re sitting on an empty gymnasium floor with a couple hundred strangers with nothing surrounding them, so we’re hoping this will bring them comfort.”

Hall and her son began helping storm victims in 2005 when Katrina the killed 1,800 people and did $125 billion dollars on the Gulf coast. When the heavy rains caused devastation in eastern Kentucky she and her son went back to work. Hall said she will also pick up donations if residents will call 304-288-4244.

“Donate a backpack or supplies,” Hall said. “If you don’t have time to shop we’ll shop for you if you can make a cash donation and we’ll stuff them and ship them down there.”

In Letcher County, Hall said the fire department was swept away essentially. Flood waters have severely damaged the firehouse and swept the fire truck away.

“They’re working out of an elementary school and they will hand distribute these to the children and take pictures,” Hall said. “We have 100 backpacks on the way there right now, but we needs hundreds more.”