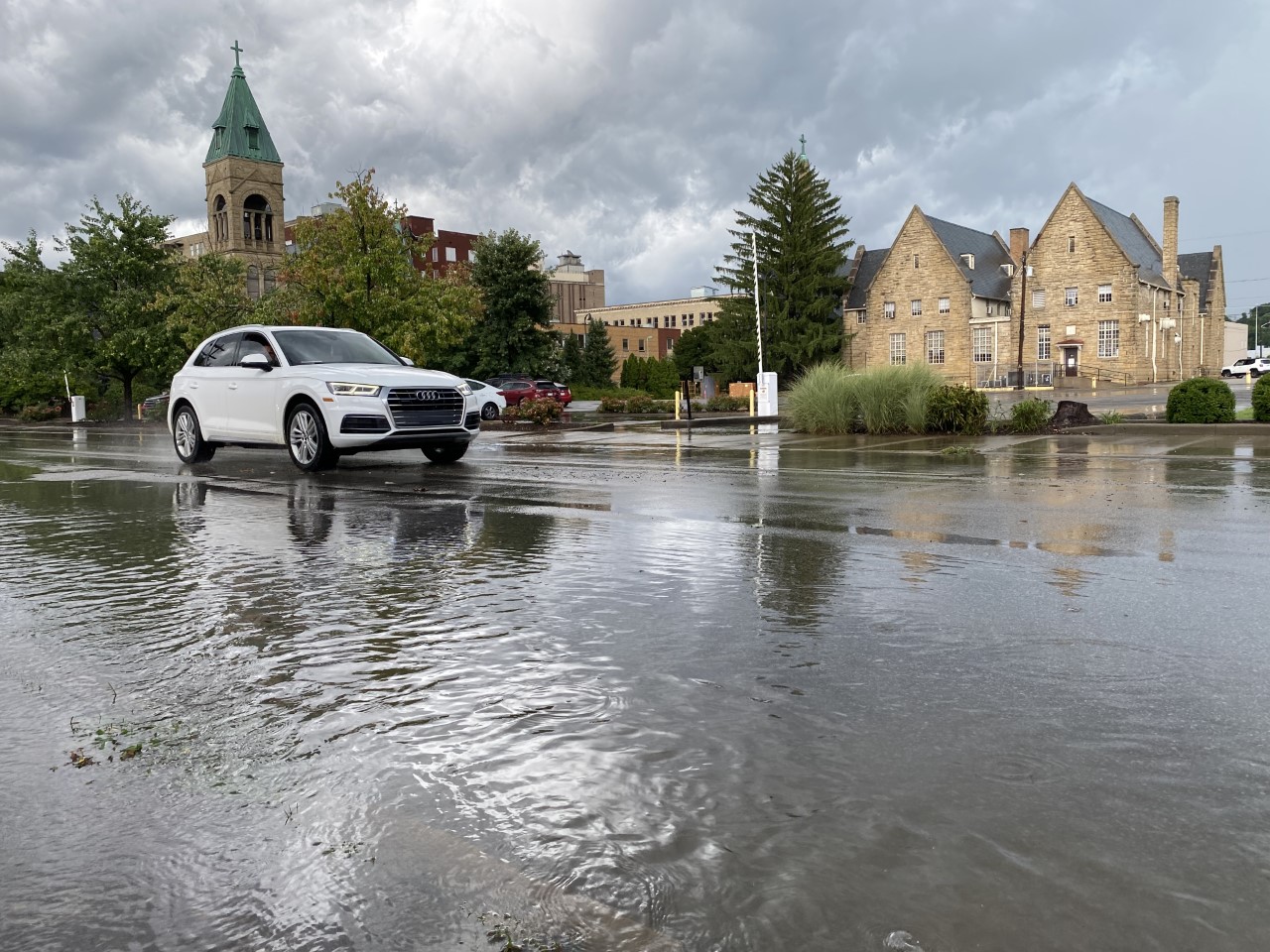 According to meteorologists there were more than 800 strikes of lightening in less than 15 minutes during the height of the storm.

It began raining at about 4 p.m. as many were getting off work to begin their weekend.

The rain was too much for city storm drains to handle.

The storm was isolated to the downtown area and parts of the East End. Charleston’s West Side was on the edge of the system and missed most of the heavy downpour as the storm moved northeast toward northern Kanawha County and Roane County.

Most of the state is under a flood watch until Sunday at 10 p.m.