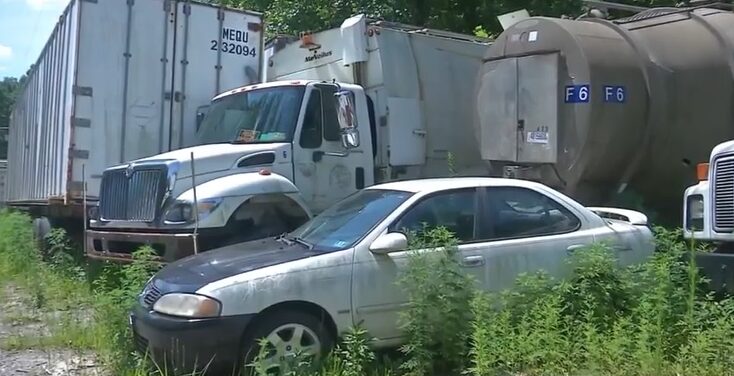 WINFIELD, W.Va. — Putnam County Sheriff Bobby Eggleton sent a letter to Gov. Jim Justice Friday asking for assistance in enforcement of a state law focusing on the removal of abandoned vehicles from public and private property.

In his letter, Eggleton tells Justice that he’s learned since taking office in January 2021 that “drugs and crime run hand and hand with dilapidated properties and unmaintained areas.”

Eggleton said he’s asking Justice to urge the state Department of Environmental Protection to help enforce the law that allows for the removal of abandoned and junk vehicles.

“The sheriffs of West Virginia shouldn’t have to be doing this,” Eggleton said during an appearance Friday on MetroNews “Talkline.” “The West Virginia DEP–they are an enforcement agency for this. We have these vehicles out here in fields, along creek beds, private property and public. They are leaking oil and gasoline.”

Gov. Jim Justice said in a statement Eggleton would have been better off contacting his office before the media.

“Instead of calling my office or the DEP to request assistance, the sheriff chose to go directly to the media,” Justice said. “What he would have learned if he had contacted us is that his demands are misplaced. Our DEP has no authority to enforce this law, that responsibility rests squarely with the Sheriff himself. I am fully supportive of cleaning up these eyesores in Putnam County and across our state, but this is an issue for law enforcement to address, not me.”

The DEP said in a statement to MetroNews that it’s willing to help with any environmental issues.

“The WVDEP does not have authority over abandoned or junked vehicles or property and it is our understanding that local law enforcement has primacy over these issues. However, the WVDEP stands ready to assist both the state DOT and law enforcement agencies to assess and remediate any environmental damage that may be occurring on sites with abandoned vehicles or property,” the DEP statement said.

Eggleton said he’s gotten some pushback from property owners but the feedback in favor of the cleanup has been overwhelming.

Charges to be filed after reporter injured

A man who knocked a camera out of veteran WCHS-TV reporter Bob Aaron Thursday while he was covering the cleanup efforts will be charged Friday, Eggleton said.

Aaron was not seriously injured.