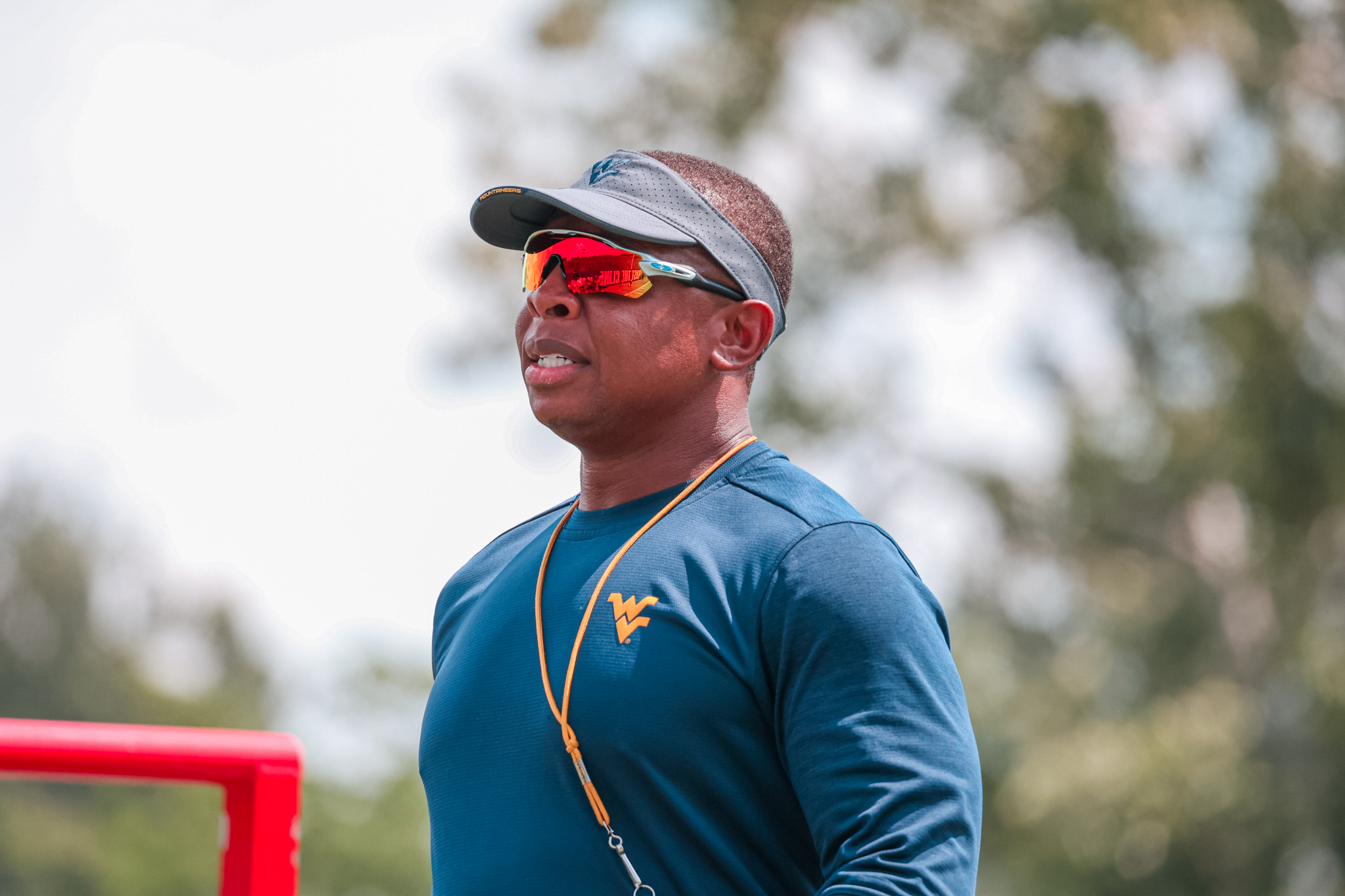 MORGANTOWN, W.Va. — Outside of the entire offensive line and a pair of proven wide receivers in Bryce Ford-Wheaton and Sam James, West Virginia’s offense will begin the 2022 season with an abundance of players that have rarely, if ever, started for the Mountaineers.

While much of the offseason focus centered around adding transfer quarterback JT Daniels, a potential replacement for the departed Jarret Doege, West Virginia is also replacing tailback Leddie Brown, the sixth-leading rusher in school history.

Redshirt sophomore Tony Mathis Jr. was directly behind Brown in the pecking order last year, and entering his fourth season at WVU, Mathis is ready to assume a more featured role.

After redshirting in 2019, Mathis carried 18 times for 55 yards and one touchdown over six games in 2020. Last season, the Cedartown, Ga., native rushed 72 times for 312 yards, including career highs of 22 carries and 118 yards in the regular season finale at Kansas.

A win over the Jayhawks allowed WVU to qualify for the Guaranteed Rate Bowl, and despite an 18-6 loss to Minnesota in the postseason, Mathis again made his mark with 13 carries for 56 yards.

He served as the team’s top tailback against the Golden Gophers after Brown opted not to play in the bowl game to begin preparations in pursuit of a professional football career.

“It opened the door showing people I can play,” Mathis said of the final two games in the 2021 campaign. “It’s an opportunity for them to believe in me.”

Mathis now has an even bigger opportunity as the Mountaineers’ lead tailback, though the team will certainly need depth behind him.

Behind Mathis, WVU is hoping to see a pair of heralded recruits from its 2022 class — Justin Johnson Jr. and Jaylen Anderson — make a leap in their second season.

Johnson rushed 24 times for 90 yards as a true freshman, including five carries for 35 yards against Minnesota.

“Justin Johnson had a phenomenal camp and carried that momentum over to summer,” running backs coach Chad Scott said. “Four days in [to fall camp], he’s done a phenomenal job. He’s playing with a great level of confidence and he’s running and catching the ball really well.”

Anderson, who didn’t arrive on campus until September of last year, was redshirted. He figures to factor into the team’s plans at some point.

“A big surprise has been Jaylen Anderson,” Scott said. “He’s taken a big step. “[Wednesday], he had his best day since he’s been here. He’s really confident in what he’s doing now. In the spring, he made some flash plays here and there but didn’t necessarily know exactly what he was doing all the way around. He did a good job this summer and four days in, he’s playing with a great level of confidence.”

The Mountaineers have also converted 6-foot-2, 240-pound CJ Donaldson to running back after a player Scott labeled as a hybrid came to Morgantown as a tight end.

“We found a gem,” Scott said of Donaldson.

While the tailbacks are largely unproven from a statistical standpoint, Scott spoke optimistically about a group he’s hopeful will add versatility to the ground game.

“We’re a really good zone team, but we want to try to expand a little bit and be able to do more,” Scott said. “Once you get in season, it’s about what are the guys good at? You’re either a zone team or a gap scheme team. You just have to be great at what you do. We’re going to be a zone team, but you know what you’re facing and up against, so you have to be able to go execute.”

Another primary focus of Scott’s has been ensuring the tailbacks are up to speed on pass blocking. Considering the Mountaineers are assured to break in a new starting quarterback under a new offensive coordinator in Graham Harrell, there will be nuances to work through.

“That’s what makes those guys play with a level of confidence when they can go out there and recognize fronts and see the blitzes,” Scott said. “Tony Mathis and Justin Johnson have done a phenomenal job in that area. It’s bringing the other guys along that’s really my focus. Make sure those guys get their work, particularly throughout practice and take advantage of walk-throughs to get those young guys opportunities to see different looks and be able to recognize them.”