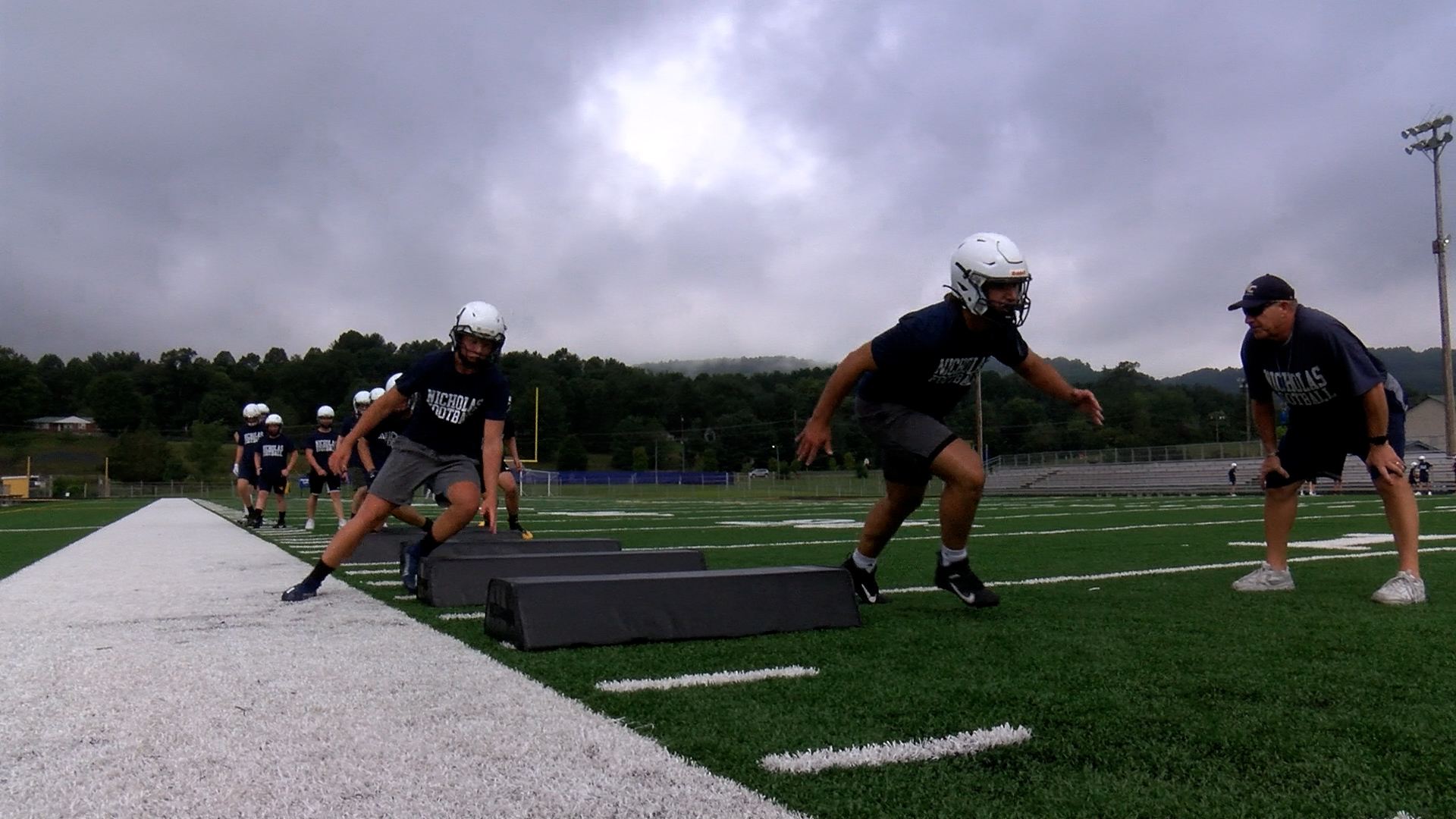 SUMMERSVILLE, W.Va. — There’s new turf at Memorial Stadium and new helmets for the Grizzlies. The cast of characters however is much the same at Nicholas County. Gene Morris’ club returned to the playoffs after a one-year absence last season.

“Last year, we kind of changed things up offensively a little bit. It was our first try at it,” Morris said. “This year, I think they are little bit more comfortable. We’ll see if we can add a few more wrinkles.”

Returning senior starters are featured all over the depth chart. The Grizzlies welcome back their top five rushers. That group is led by Kaleb Clark. He rushed for 1,581 yards and 21 touchdowns as a junior.

“I just want to do what I can to help the team win,” Clark said. “Stats are cool and all but I am just here to win.”

“He is amazing,” said Nicholas County senior lineman Roman Milan. “The line is pretty good and we throw a good block. But we will miss a block every now and then and he just still cracks it and makes it a good play.”

“Skill-wise, he has improved his catching ability coming out of the backfield,” Morris said. “That was one of the things he worked on over the summer. He has done a great job with that.”

The Grizzlies also welcome back their top kick returner in Wes Hill. He will line up at various spots on offense.

“I think Wes needs a few more touches this year,” Morris said. “That’s one of the things we kind of worked on to help with the offense.”

Although the Grizzlies lost a three-year starter in Bryson Phipps to graduation, the other four starters on the offensive line return.

“We graduated one offensive lineman, our left tackle Bryson Phipps, who had been with us for three years,” Morris said. “Those shoes are kind of hard to replace sometimes when you’ve got somebody that has been pretty solid and pretty good for you the last three years. We’ve got three guys that are battling real hard for that and I like the competition.”

Nicholas County has earned five playoff appearances in the last six seasons. The Grizzlies are confident they can post their first playoff win since 2018.