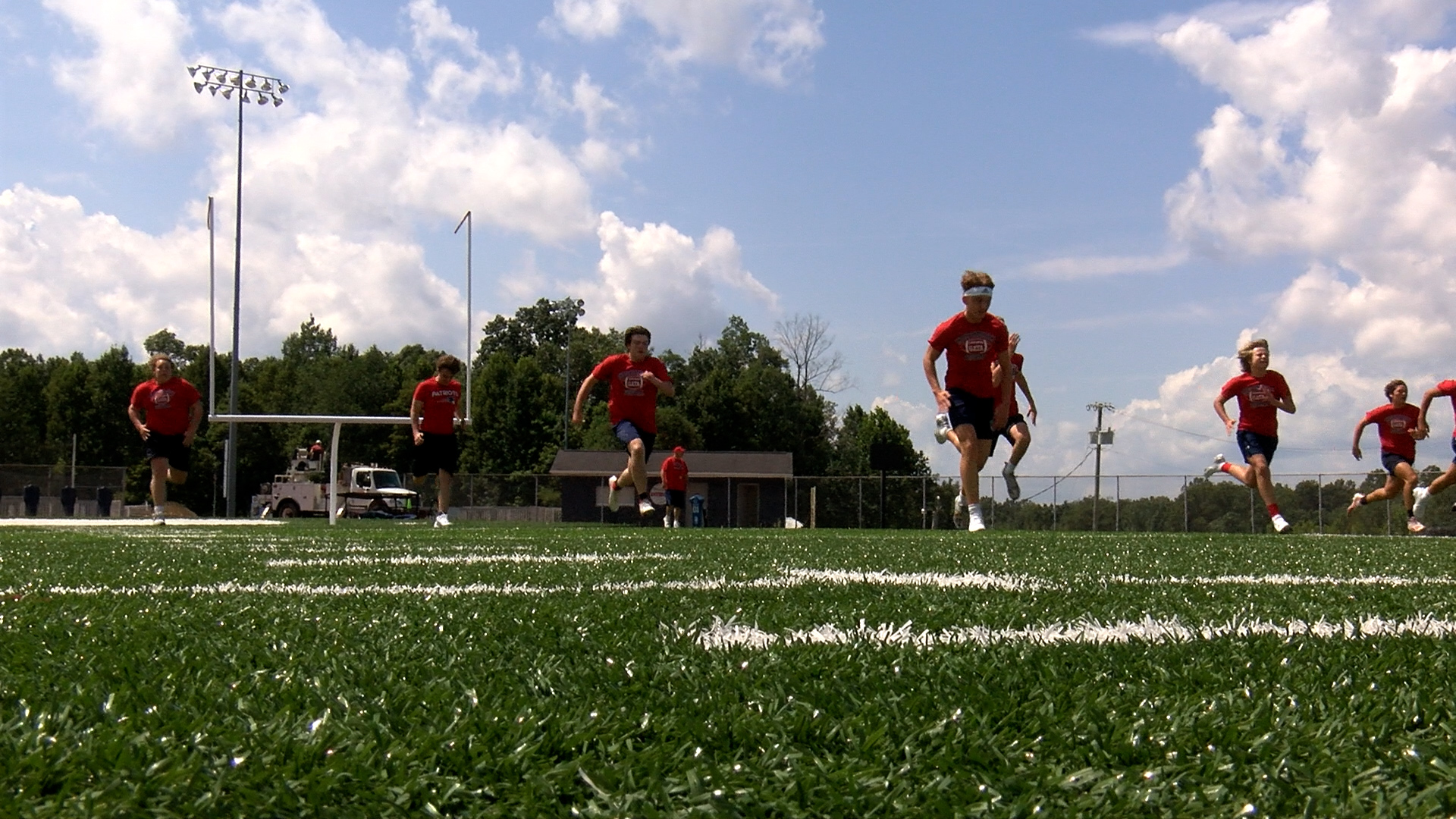 COAL CITY, W.Va. — The roles have changed for the Independence Patriots and that is a direct result of what John Lilly’s team accomplished in 2021. The crew from Coal City completed a perfect regular season, and advanced to the Super Six before falling to Fairmont Senior.

“Last year we were hunting. This year we are being hunted. I think that is the next test for this football team on how we handle success.” said Lilly. “We want to be consistent over a long period of time and be like Fairmont and Bluefield and those teams.”

“It was pretty special knowing that our school, our community, our faculty and staff had our backs after that,” said Independence senior lineman Logan Isom. “It was a special time.”

Nineteen starters return for the Patriots but Kennedy Award winner Atticus Goodson has moved on to college baseball.

“We’ve got to replace five-thousand yards of offense. A lot of people think that is going to be an easy task but that is still going to be a tall load to come up with that much yardage,” Lilly said.

Although Goodson and last year’s starting quarterback Logan Phalin have graduated, well-established veterans will be trading spots on offense. Trey Bowers scored a dozen touchdowns as a rusher and receiver last fall. He is the new starting quarterback.

“He is a dual-threat quarterback,” said Independence senior tight end Braxton McKinney. “He can do a lot of things. He can throw the ball. He can run, tuck it and get out too.”

Judah Price rushed for 834 yards and 13 touchdowns in 2021. He is now the top option in the backfield.

“We’ve got Judah Price in the backfield so we feel really solid with our backfield,” Lilly said.

“Logan is an offensive lineman that we can lean on a little bit with what we do because we rely on him to go a little more one-on-one. Everybody else kind of zone blocks off of him,” Lilly said.

Every team enters a season with the goal of advancing further than the previous year. For the Patriots, that step would result in the big trophy coming back to Raleigh County.

“A hundred percent. We’re there to win it now. We got there last year and fell short. We are going to get it now,” McKinney said.