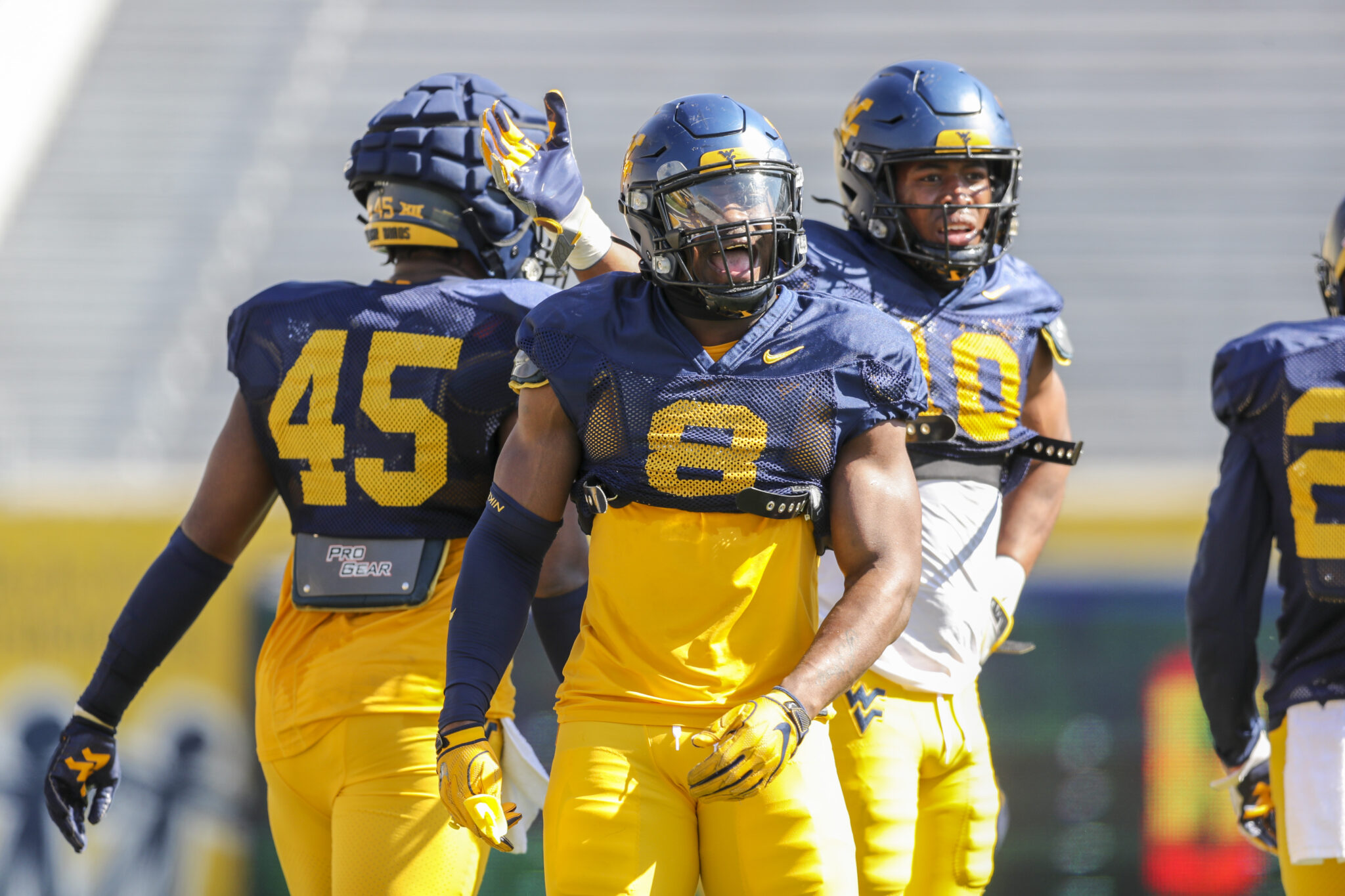 MORGANTOWN, W.Va. — Lee Kpogba has yet to play a game as a member of West Virginia’s football team.

Yet West Virginia’s mike linebacker, who participated in all of spring practice, is unquestionably a defensive leader before ever recording a tackle in a WVU uniform.

“Your defense goes usually as [the mike linebacker] goes,” defensive coordinator Jordan Lesley said. “When I look through the history of the game, Mike Singletary to Ray Lewis, they’re physical and emotional leaders. Maybe I’m a little bit old school, but that’s the way I’ve always seen it.

“In our defense, the mike and bandit and usually one of the safeties work together to communicate what’s going on. You have a couple voices in there, but if you single out one guy that’s a quarterback [of the defense], it’s a mike linebacker.”

Kpogba is somewhat of a college football veteran having played two seasons at Syracuse and the 2021 campaign at East Mississippi Community College.

That helped ease his transition to West Virginia, as did the luxury of getting acclimated to the program in the spring after signing with WVU in December 2021.

“I definitely have a better understanding of the defense now being here for six months and getting to learn it in the spring,” he said. “It helped me start off better in fall camp. More alignment, assignment and helping other guys get lined up knowing what I’m supposed to do. It helped a lot.”

It’s a rare and unique path that Kpogba has followed to wind up at West Virginia. He started his college career at another Power 5 Conference school and Kpogba played in 11 games for Syracuse during both the 2019 and 2020 seasons. He was indefinitely suspended from the SU program in February 2021 and ultimately left the school before continuing his career on the gridiron at one of the top junior college programs in the nation.

After one season at EMCC, Kpoga was again afforded the opportunity to play major college football.

That’s noticeable to the WVU coaching staff as well.

“What I really like about Lee and what I appreciate about him as a coach is he has great energy,” head coach Neal Brown said. “The kid loves football and he’s full of gratitude. He got here through a winding path. No silver spoon. He’s so appreciative of the opportunity to go out and practice and you can tell. You can feel the gratitude when he’s out there and the joy with which he plays with. He’s talking the whole time and it’s in good nature. He plays extremely hard. He takes coaching.”

Yet it’s not just the path throughout college that’s been unique for Kpogba.

He was born in Ghana, though Kpogba and his family are Liberian. As a result of the Second Liberian Civil War, which lasted from April of 1999 until August of 2003, Kpogba came to America on a refugee camp when he was 2.

Relatives, including Kpogba’s mother Irene, remain in Liberia. His father Samuel is in Winston Salem, and since coming to America, Kpogba has not returned to Liberia.

“I always try to remember to go hard, because I have people depending on me,” Kpogba said. “I never try to look at the situation in the worst way, because there are always people who are going through worse things in life. I try to keep that in mind.”

Now comes a major opportunity for Kpogba, who will replace Josh Chandler-Semedo at mike linebacker. After leading the Mountaineers in tackles last season, Chandler-Semedo transferred to Colorado for his final year of college football.

“It’s about the personality of whoever you bring in,” Lesley said. “It took Lee about a day to where people are like, ‘yeah, that’s probably a guy who could step in and people listen to.’ When he talks, people listen, and that’s important. That’s part of the evaluation process. You’re looking at that just like you would look at a quarterback.

“You want a guy that’s got a little something about him. When you find that, it’s a pretty easy transition, because when he opens his mouth, other people closer their mouth. That’s at least what he look for.”