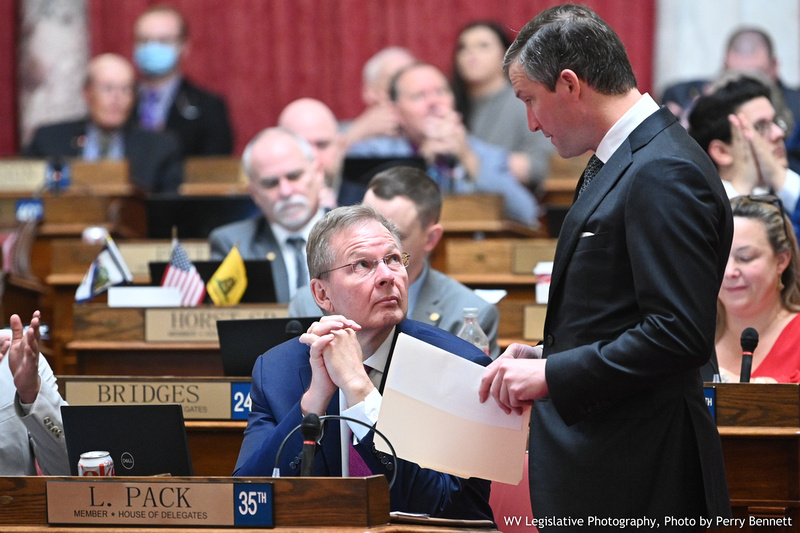 CHARLESTON, W.Va. — Del. Larry Pack is leaving the House of Delegates to become a senior advisor to Gov. Jim Justice.

Justice announced the appointment in a Monday morning news release.

“Larry is a dear friend and trusted advisor to me on a range of issues,” Justice said. “He will bring a wealth of wisdom to my administration from his decades of private sector experience. This position is perfect for Larry because he truly loves this state and wants to give back in public service differently than he has before.”

Pack, R-Kanawha, will resign his seat in the House and withdraw his name from the November General Election. Pack was to face Del. Kayla Young, D-Kanawha, in the newly created 56th Delegate District, one of 100 new single-member districts in the House.

“I am excited to start in this role, supporting Governor Justice as he continues to build on an unprecedented era of success and prosperity in West Virginia,” Pack said in Monday’s news release. “Gov. Justice will go down in history as the greatest governor West Virginia has ever had, and I want to be a part of making the remaining two years in his term stand out as two of the best.”

The Kanawha County Republican Executive Committee will be tasked with filling Pack’s spot on the ballot. The committee has until Aug. 22 to notify the Secretary of State’s Office and for the nominee to file a Statement of Candidacy and to pay the filing fee.