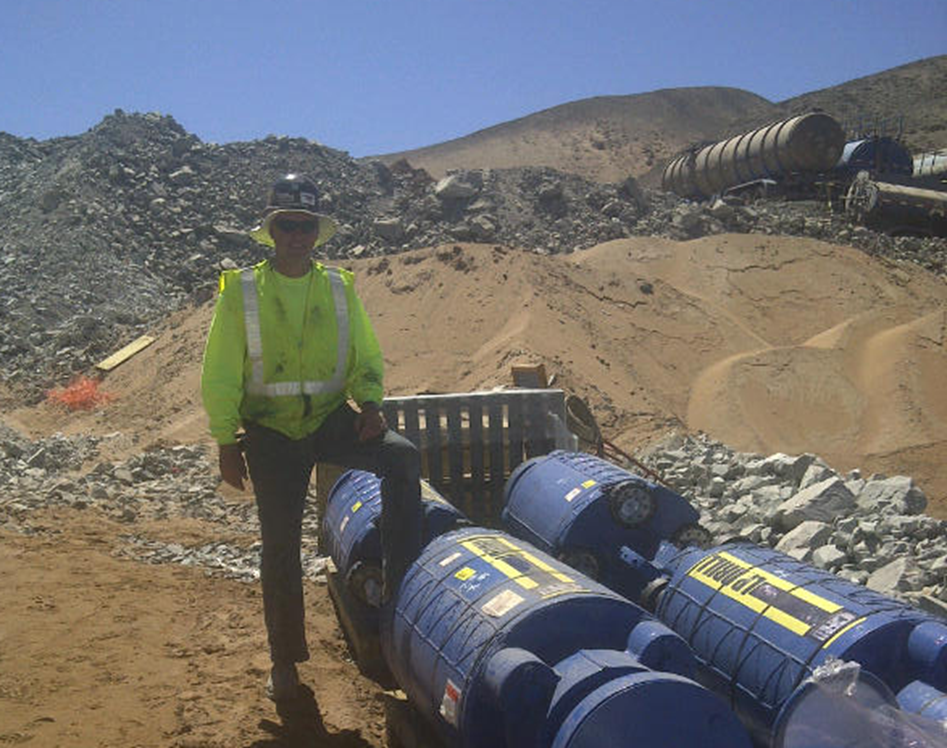 Bill Maloney beside the rescue capsule he built which helped free 33 Chilean gold miners in 2010.

MORGANTOWN, W.Va. — Pressure has mounted on rescue crews at a Mexican coal mine to make bold moves to save 10 trapped miners. The tension surrounding the scenario is a familiar one for West Virginians who have a deep connection to the coal industry and the risks it holds.

Bill Maloney, a former drilling company owner, knows the pressure well. He was part of an effort in 2010 which successfully freed 33 Chilean miners who were trapped below more than 2,000 feet below ground for 69 days. Maloney isn’t familiar with all off the circumstances in the latest accident in Mexico, but knows there are situations which are universal to any mining emergency.

“I sure hope there’s someone like we had in Chile who was in charge and had all of the maps and you could ask him things,” Maloney said during an appearance on MetroNews Talkline. “You’ve got to communicate and the language barrier is difficult.”

There are ongoing efforts to rescue ten trapped miners in Mexico. Bill Maloney, Integral in the Successful Rescue of 33 Miners Trapped in a Copper and Gold Mine in Chile, provides his insights on this to @HoppyKercheval. WATCH: https://t.co/yCFQ3nDJuy pic.twitter.com/rxTUgz1i4c

The Mexican miners cut into a sealed mine works which were flooded, causing water to inundate their mine. They retreated and found a pocket of air and are hoping for rescue soon. To Maloney the incident sounded a lot like the Que Creek Mine accident in Somerset County, Pennsylvania where nine miners were trapped in a flooded mine, they were ultimately rescued when drillers were able to get a rescue capsule to them.

Maloney said what seems simple, can be tricky.

“Hopefully, they’re in an air pocket. You can drill a hole and get them out, but before that you’ve got to get all the water out so it doesn’t flush back on the guys,” he explained.

Maloney said there is plenty to consider and a lot of hydraulics which have to be studied to know what is the correct move.

Maloney actually built the capsule which pulled the miners to safety in Chile and suspects there will be a similar contraption on hand in Mexico if they can get to those miners.

“If it’s a situation where you can get a hole in the ground, it’s only 200 feet. That shouldn’t take long. As for rescue capsules, we ended up building some and that thing is sitting there if somebody needs it. MSHA has some and I’m sure the Mexican mining authorities have thier own technology there on the ground,” he said.