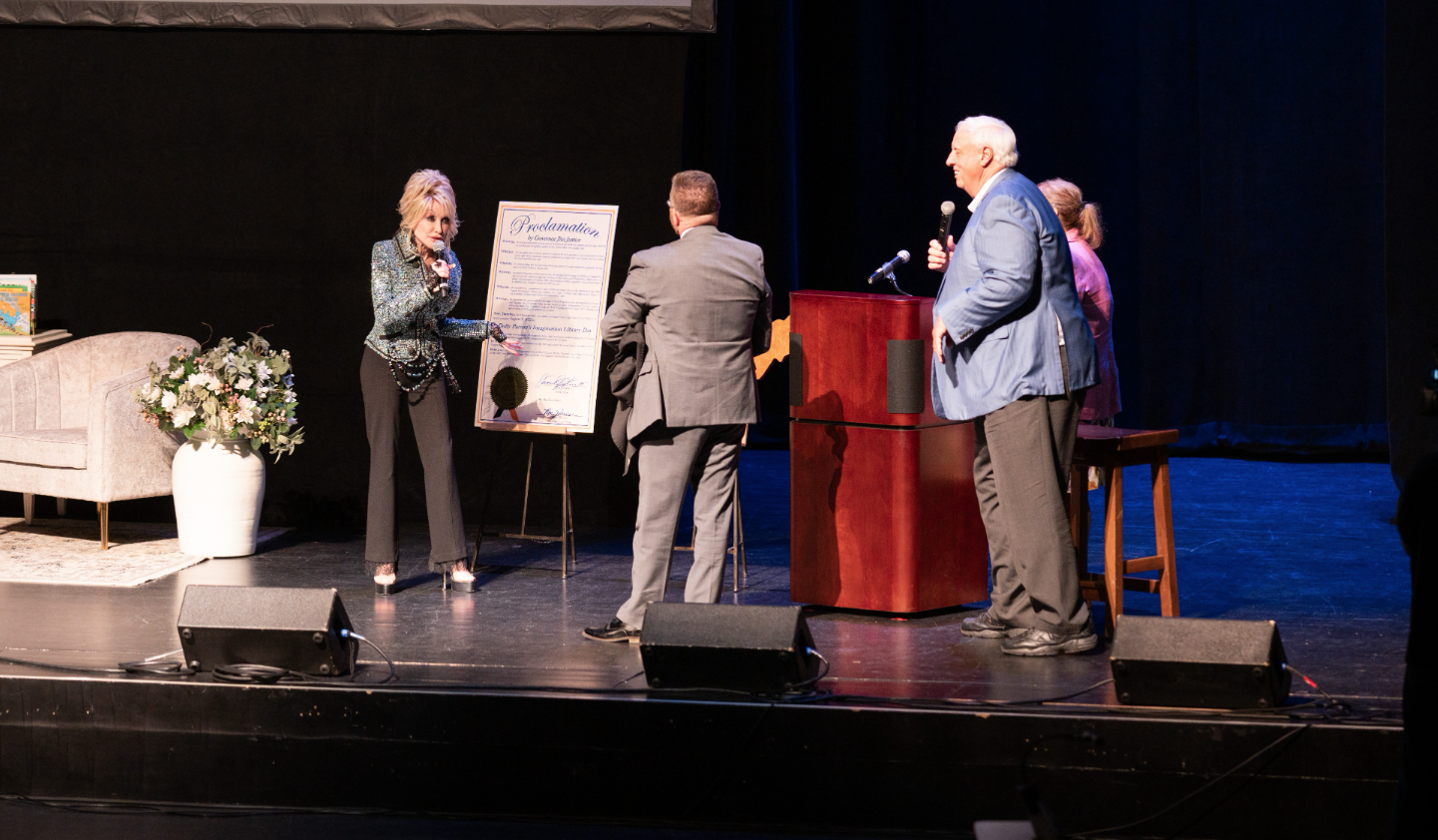 Dolly Parton, left, took part in an event Tuesday at the Clay Center for the Arts and Sciences recognizing her Imagination Library program. (Office of Gov. Jim Justice)

The gathering at the Clay Center for the Arts and Sciences centered on Parton’s Imagination Library, which provides children under the age of 5 with free books. The program is now available in all of West Virginia’s 55 counties through the West Virginia Department of Education and Marshall University’s June Harless Center.

According to Tarabeth Heineman, the executive director of the June Harless Center, West Virginia children have received more than 3.7 million books through the program since its launch in West Virginia in 2007. Around 94,000 children are enrolled in the program.

“Right now, 50% of all eligible children are enrolled and receiving Imagination Library books, which are delivered each month to their home and specialized with their names,” Heineman explained. “There’s no better way to make books exciting and to show children that someone is thinking of them.”

The Imagination Library began in 1995. During an interview with Marshall University President Brad Smith, Parton said she created the program with her father.

“He never had the chance to go to school. He was from a big, old family like us,” she said. “When he was young, they lived so far back, they had to actually go work on the farm in order to feed everybody else. The schoolhouse was miles away. At least, it felt like it, I’m sure.”

Parton said her father was embarrassed by not knowing how to read or write.

“I thought, ‘I have the opportunity to do something good here,” she added.

Parton continued, “My dad got to live long enough to see it come to fruition. He was so proud.”

According to Imagination Library, more than two million children in five counties receive books through the program.

“If they can learn to read early, then can be self-educated, if they need to be,” she said. “But you got to learn to read.”