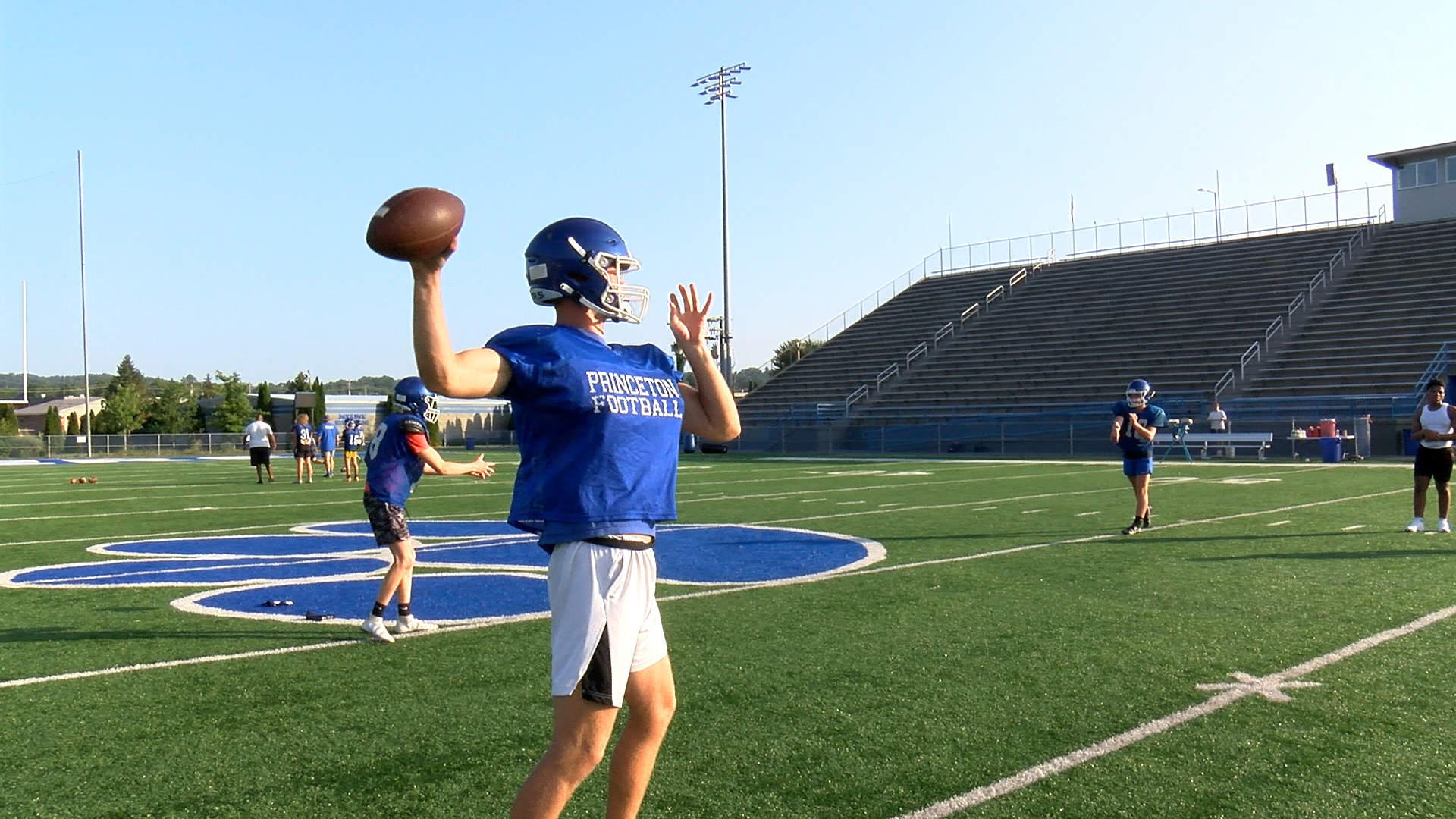 PRINCETON, W.Va. — After qualifying for the playoffs in 2020, Princeton jumped out to a 5-0 start last fall. That start included a win over county rival Bluefield in their second game. But injuries caught up with the Tigers in the second half of their schedule and they ended the year on a four-game losing streak. Princeton did qualify for the playoffs however for the second consecutive year.

“The biggest thing, and that’s the thing we continue to work on as a program, is just trying to develop depth,” said Princeton head coach Chris Pedigo. “I think as attrition set in last year, we had just a few guys that were injured but we are just trying to build quality depth. There were some guys that had to go play and they did their very best. But they weren’t quite ready. We feel like we are getting some depth with our skill.”

The Tigers have many reasons for optimism in training camp and the list starts with fourth-year starting quarterback Grant Cochran. Over the last two seasons, the 6-foot-6 signal caller has passed for 4,016 yards with 44 touchdowns and just 13 interceptions.

“Last year you saw him get into working his third and fourth reads. That’s something you didn’t see the first couple years. You see that now in 7-on-7 and just the progression of working his feet, working the field, knowing what the coverage is that he is looking at. That comes with experience.”

The line that will go to work in front of Cochran is led by junior and 2021 first team all-state selection Eli Campbell. A pair of starting spots remain up for grabs.

“We’ve got three returning starters. We feel like there’s five guys fighting for two spots. We’ll use these next couple weeks to evaluate.”

If the Tigers can once again advance to postseason play, it will mark the first string of three consecutive playoff berths since 1996. Pedigo is confident that an experienced senior class can reinforce the message of finishing every drill and every game.

“What happens when our backs are against the wall? I want to see when the opposition strikes us, how are we going to respond? We’re seasoned. There’s six seniors on this team that were playing and started half the season of their freshman year.”