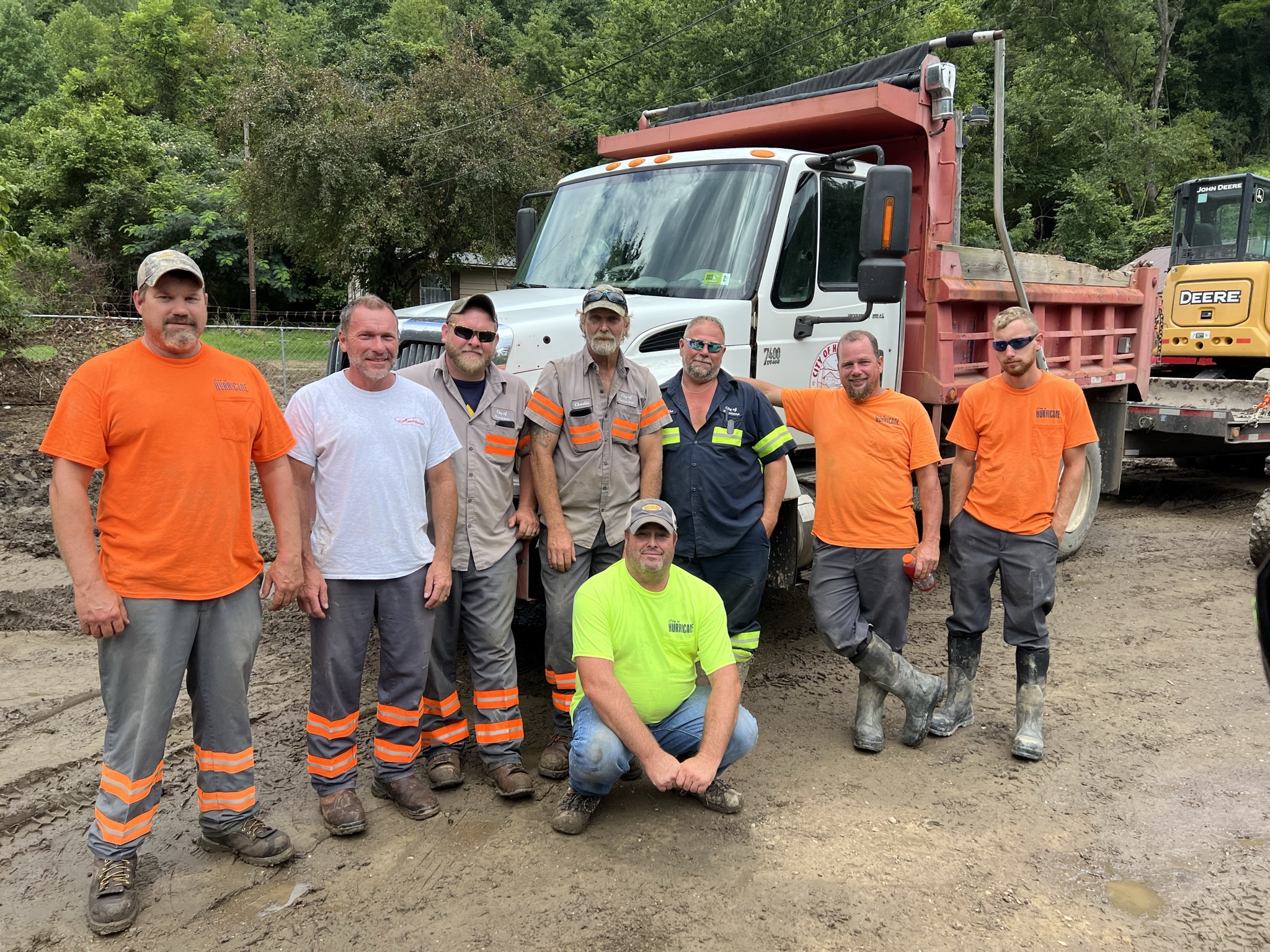 HURRICANE, W.Va. — A team of employees from the city of Hurricane are back in West Virginia after spending a week helping folks in Letcher County, Kentucky begin the long road to recovery.

Ronnie Woodall lead Hurricane’s Mobile Infrastructure Response Unit into the city of Whitesburg, Kentucky back on August 1. The crew from Putnam County brought heavy equipment and specialized gear to work on water lines in the flood zone which he said stretched for miles.

“Roads washed out, trailers were gone Some bridges had mobile homes stuck on the bridge deck, where they had torn them in two so they could move them to the side to open the bridge up and get help to these communities,” said Goodall.

His crew arrived in Whitesburg only days after the flood water had receded. They were among the first outside help to arrive and found the community in a state of shock.

“We noticed there were no response teams. We never saw church groups or the National Guard. We didn’t see much at all, it was just the town’s people who didn’t really know how to grasp what had happened or where to begin with the cleanup,” Woodall explained.

His crew started with opening up a road using an excavator. They opened the road to reach a lift station which would begin the process to put water service back in place. They also brought with them a water buffalo to provide potable water to the area residents, the first one which was deployed to the area. People came from miles around on four-wheelers and side-by-sides to get water.

“Once we built that road, all of the emphasis went onto trying to get water back to these people,” he said.

After two days in Whitesburg, they went to the town of Neon, Kentucky and spent two days shutting off broken water service lines where homes once stood. A day later they were in an unincorporated community called Coalson.

“You couldn’t find meters to turn off the water because of all the debris. We didn’t have anybody there with us who knew where any of the meters were. I don’t see how you expect the workers to be out there helping us when their own homes were flooded and some had even lost family members,” he added.

Crews choked the lines and worked to dig out water meters and valves hidden under feet of mud and debris. Crew members said to them it didn’t seem like they had done much, certainly not the level of help they had hoped to provide, but they got the recovery started.  The next crews could build on their work.

During the time in the area, the crew slept in the Whitesburg City Council Chambers. The building had been flooded, but the meeting spot for the town council was on the second floor and became a barracks for the team.

“We didn’t get to do that much like in our mind we should have done, but what we did do really helped a lot and hopefully they are continuing to do that now,” he said.

Woodall and his crew responded to Richwood in the 2016 flood in West Virginia. He said by comparison, Kentucky was far worse than even the worst of the Richwood disaster six years ago.

“This is for miles. We would drive 50 miles and everything was devastated. There are like five big counties and there’s devastation everywhere you look. There’s no comparison,” he said.