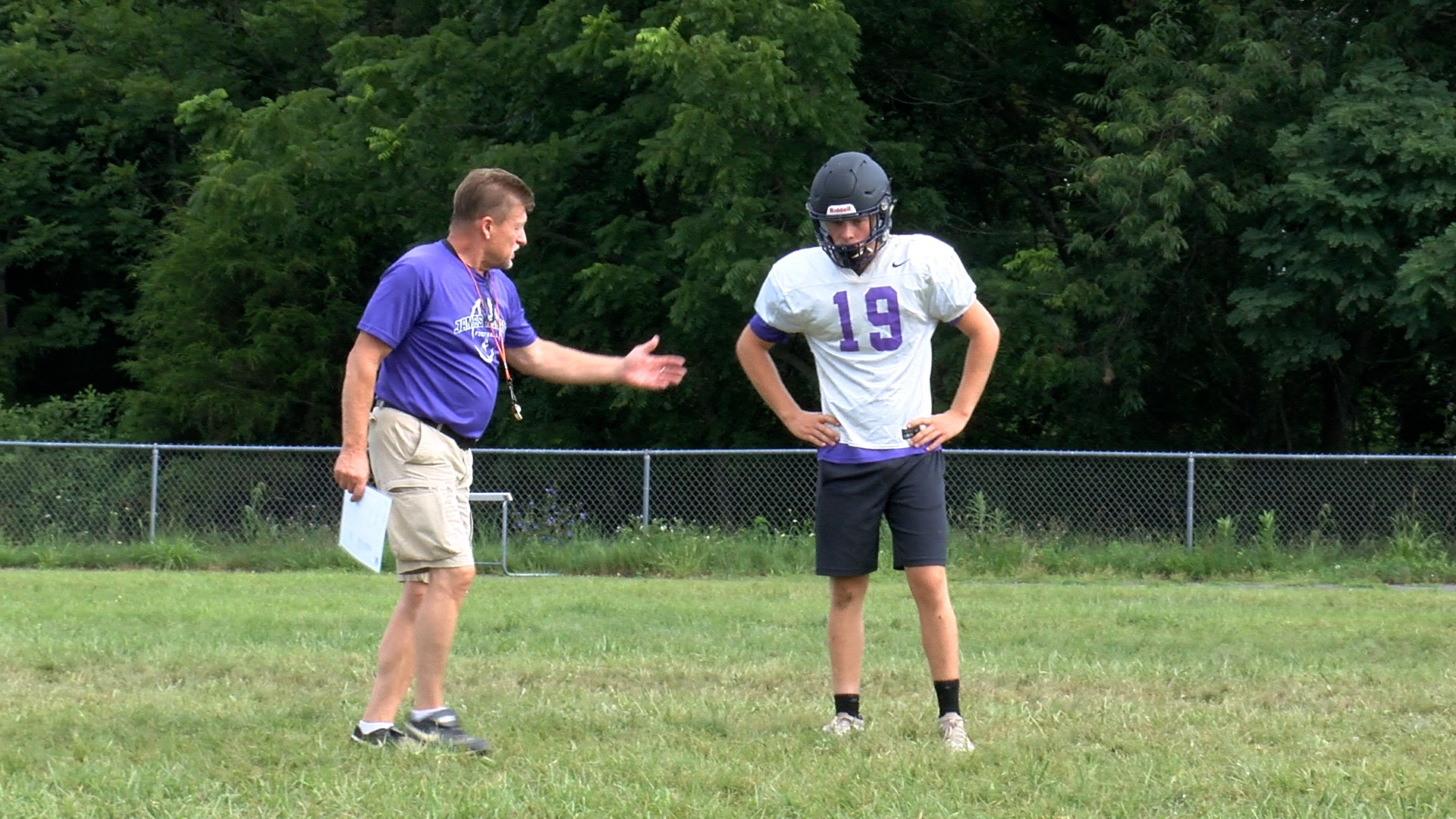 LINDSIDE, W.Va. — From 2013-2017, John Mustain led James Monroe High School to three playoff appearances and a record of 27-8 in his last three seasons. After three years away from the program, Mustain returned to Lindside in 2021. He guided the Mavericks to an 8-4 record and a spot in the Class A quarterfinals.

“I really don’t know what drew me back. I don’t really know what took me out to begin with,” Mustain said. “I felt at the time that I was ready to retire. The opportunity existed to come back so I just decided to go ahead and do it. It is something I really enjoy. The whole time I was retired, I still coached little league baseball and little league football in Pearisburg [Virginia].

“We might have exceeded [expectations] a little bit. But I felt like they had the talent and the capability to get that far. I feel that way again this year. Hopefully, we can take it a step or two further.”

In each of the Mavericks’ eight wins last fall, they allowed 16 points or less.

“They learned their positions very well and they learned their keys. We’ve got to get even better with that this year. Defensively, I was real happy with the way things went last year. We’ve got a lot of those kids back. I am hoping to see us take the next step on that as well.”

Mustain looks to build a more efficient offense and he hopes a line that features sophomore Brady Baker can lead the way.

“That’s going to be the tough part. We are going to have several kids on the line that are going to have to go both ways. We’ve got some younger kids that I feel like can come in and at least give them a spell throughout the game when needed. I really feel pretty good about our line on both sides of the ball.”

Despite the graduations of Grant Lively and Cam Thomas, many of the Mavericks’ top skill players from last year are back.

“I feel pretty good about our skill positions. It looks like Layton Dowdy will settle in as quarterback. He is really looking good. Hopefully that will continue to progress throughout the preseason.”

Six of James Monroe’s ten opponents qualified for postseason play in 2021, providing the Mavericks with a number of challenges in their return to the Class A playoffs.

“In years past, we might have a gimmie on our schedule. We don’t have that this year. Everybody on our schedule is going to be tough. You look at how many teams on the schedule made the playoffs last year. And a lot of them return a lot of key people.”