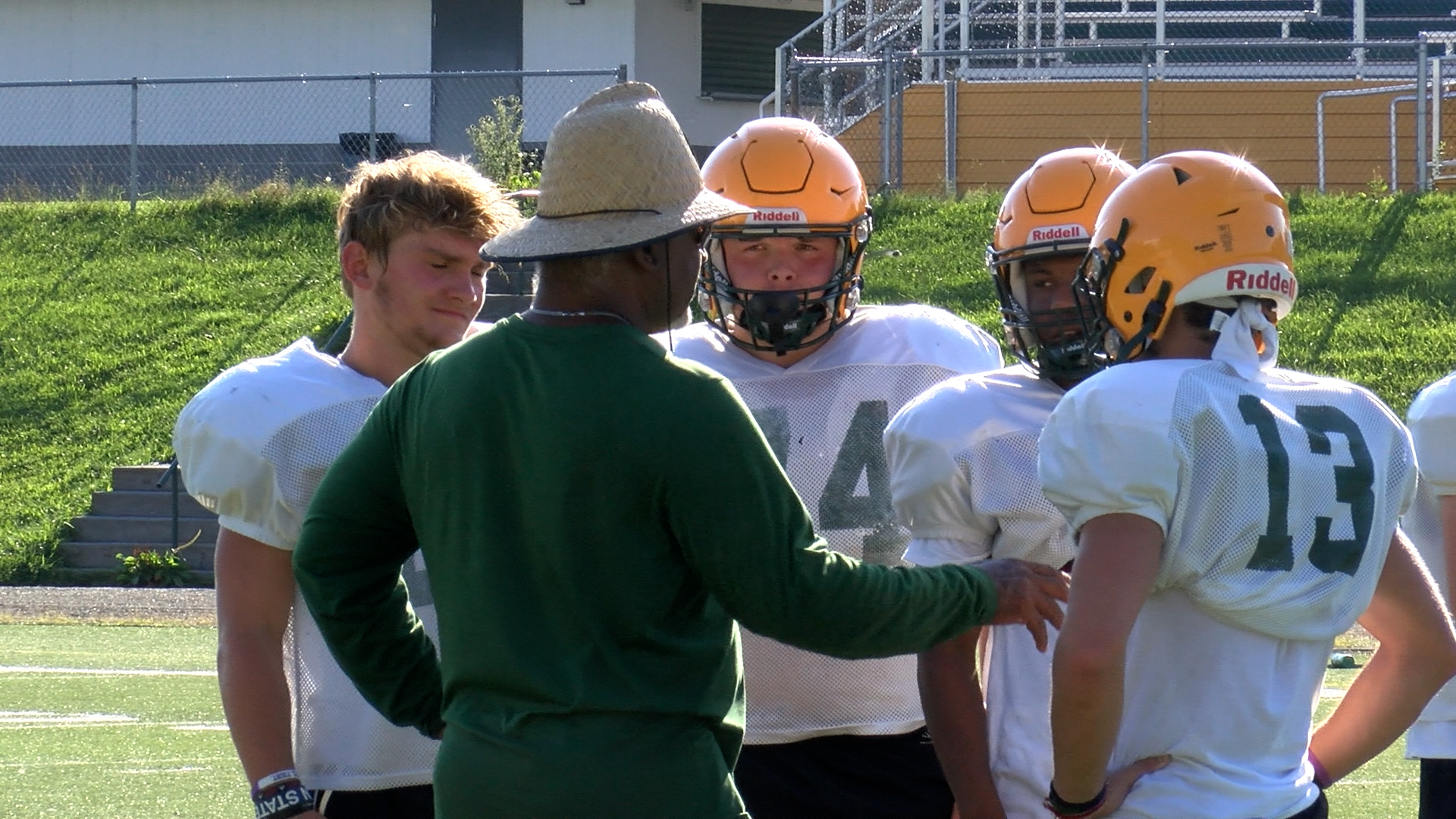 FAIRLEA, W.Va. — Greenbrier East won eight games and earned the No. 8 seed in the Class AAA playoffs in 2021. The Spartans garnered their fourth playoff appearance under head coach Ray Lee and they posted their highest win total since the 1998 season.

“We had a great season last year,” said Greenbrier East senior wide receiver/defensive back Lucas McCallister. “We are just trying to build on that this year and kind of copy the same type of thing we did last year and just keep moving forward. We’ll keep building on the bond and the season we had last year. It was a good run.”

“I am very satisfied with our season last year,” said Greenbrier East senior lineman Luke Carola. “I think we did really well. We put in the work and it paid off.”

Several of East’s top skill players have returned and that list includes first team all-state running back Ian Cline. As a sophomore, Cline scored 20 touchdowns and racked up 1,941 yards from scrimmage.

“For him to be the first sophomore in school history to make all-state, that was a big accomplishment, not just for our football team but for him,” Lee said.

Senior Lucas McCallister will join Cline in the backfield and will line up at a number of other spots on offense and special teams.

A pair of quarterbacks split time last year and the Spartans will likely utilize a similar platoon this year.

“We’ve got Gavin Bennett that is possibly going to step in and get a lot of playing time. He was a backup last year,” Lee said. “Monquelle [Davis], he will play a lot. He is pretty much just like Lucas.”

“We lost four of them on the offensive line,” Lee said. “So that is going to be an area we have to really focus on this year. During this camp time, that is what we are pretty much emphasizing our time with — is our offensive line.”

As Lee enters his eleventh season leading the Spartans, he is looking to post a fifth consecutive winning season.

“We started something basically ten years ago in 2012 and talking about building a culture. The culture is creating those habits and behaviors and expectations,” Lee said. “To see what has been built from 2012 up to this point, we want to make sure that they are still going to follow that same lead.”