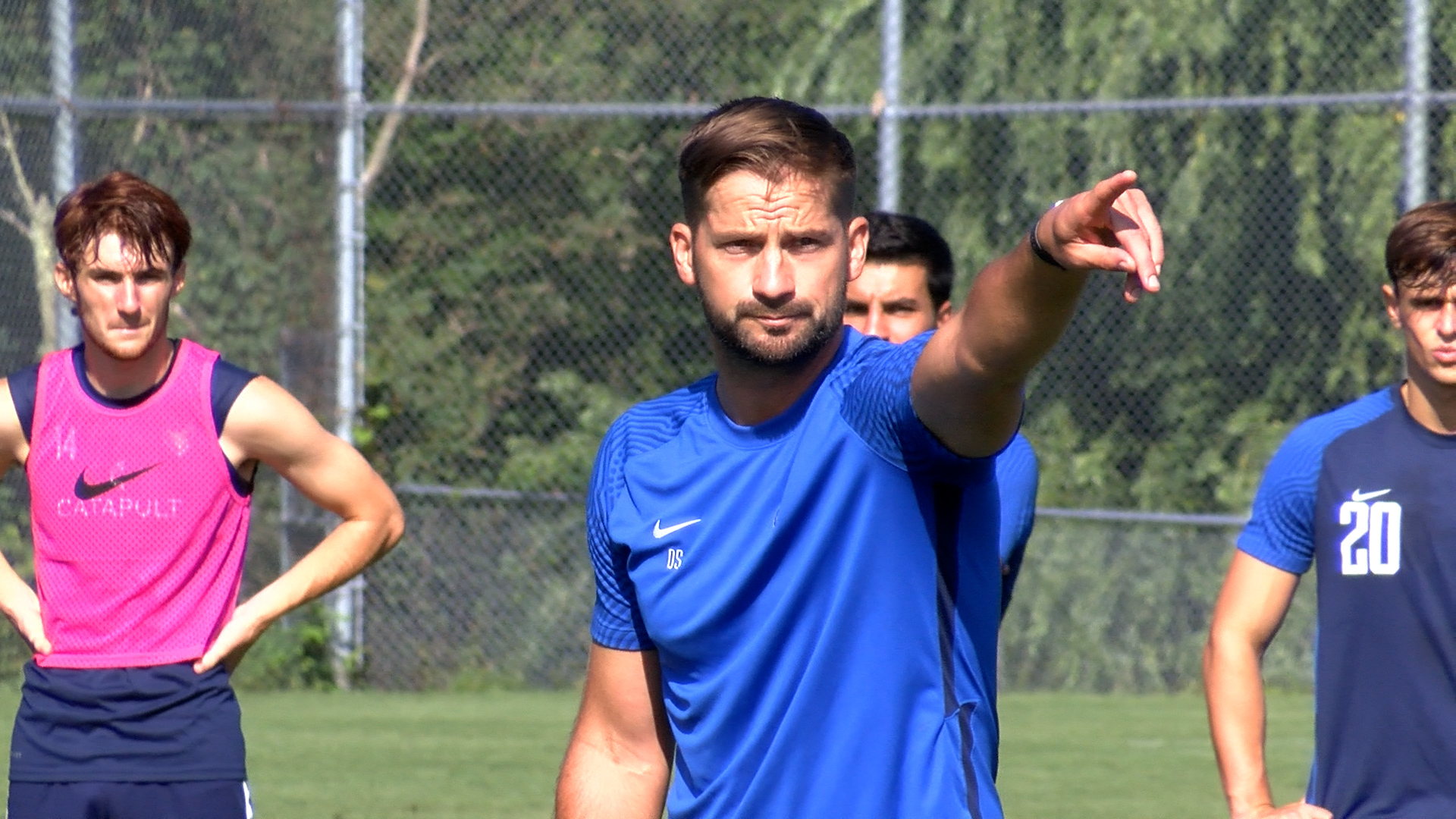 MORGANTOWN, W.Va. — One year and two seasons of competition allowed Dan Stratford to elevate his alma mater into a top contender in NCAA men’s soccer. After narrowly missing the NCAA Tournament in the COVID-shortened spring season of 2021, West Virginia advanced to the Elite Eight last fall before losing on penalty kicks at Georgetown. Now, the Mountaineers open 2022 ranked sixth in the preseason national coaches poll.

“The big difference now is that they can’t forget what got us there last year,” Stratford said. “It will be exactly the same again this season. We outworked a ton of teams last season. We wanted it more than a ton of teams last season. I think the experience I had at Charleston where we were often the number one team in the country and the head scalp for pretty much every team we played, we are going to have to deal with that a little bit this year as well.”

“We are not the challenger anymore. We are getting challenged,” said WVU sophomore defender Bjarne Thiesen. “Everybody will be highly motivated against us.”

West Virginia welcomes back seven of their top nine field players from last season in terms of minutes played and four of their top five scorers are back as well.

“As expected, we have just as much talent, perhaps even more than last year,” said Stratford. “As I said to them on the first day, this is a good group. We’ve got to figure out if we are going to be a great team. They are two very, very different things.”

The most notable position battle comes at goalkeeper. With the graduation of multi-year starter Steven Tekesky, four keepers are all in the mix to earn the starting spot.

“First and foremost, their job is to keep the ball out of the back of the net,” Stratford said. “If they add an element of distribution and our ability to play out and play through them and for them to help us possess and build the game, with the identity we want to have that is an important aspect. It is a strength that quite honestly, all the keepers possess.”

WVU will open the season on August 25th against Robert Morris. Road matchups at ranked rivals Pittsburgh and Penn State follow a week later. In Mid-September, the Mountaineers begin their first lap through their new home in the Sun Belt Conference.

“There’s the potential of playing four road games in our first eight against Top 25 opponents. If Portland are perhaps what they have been traditionally speaking, you’ve got Pittsburgh at Pittsburgh, Penn State at Penn State, we go to Portland and then we come back and go to Marshall. We have an incredibly challenging schedule in that regard.”