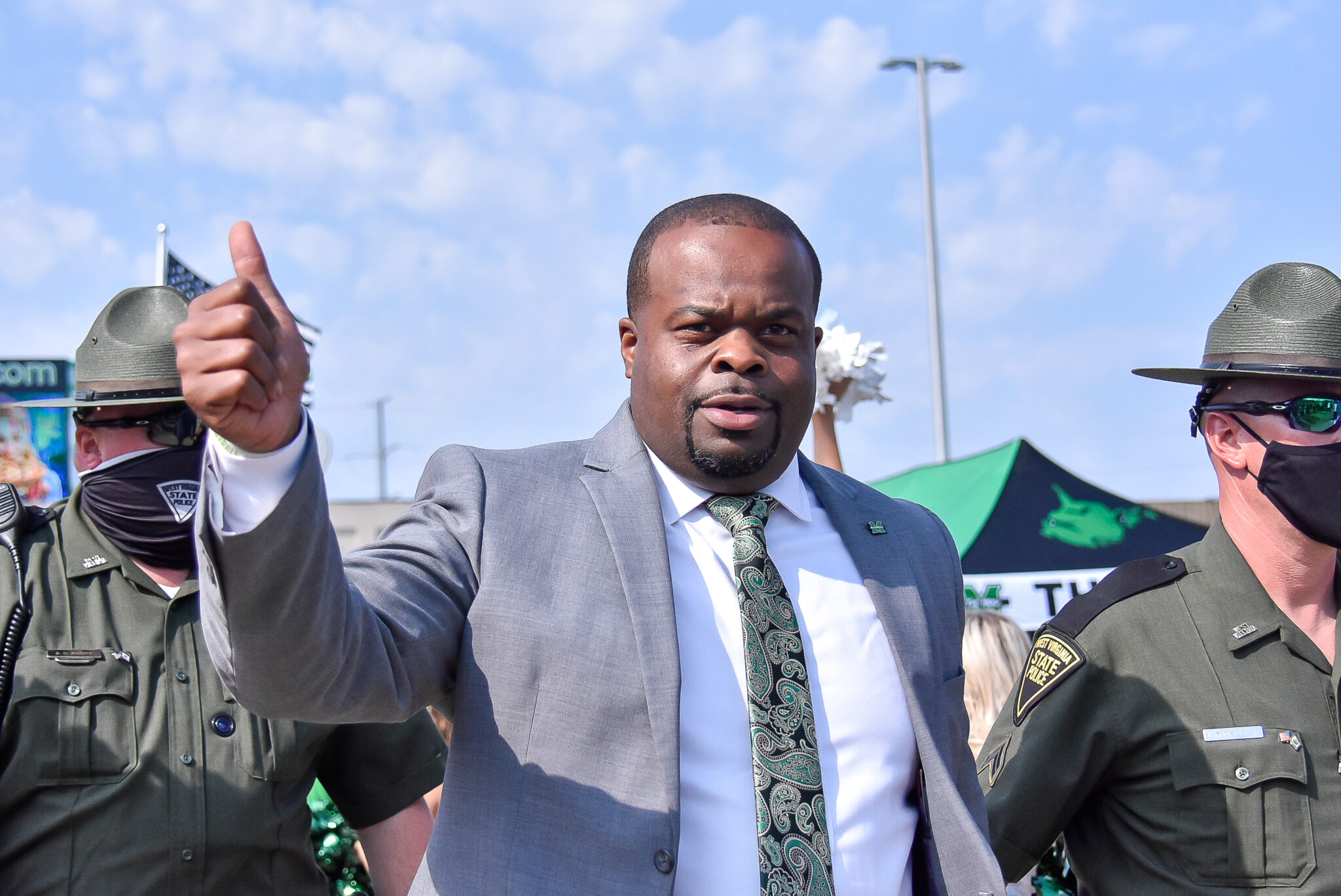 HUNTINGTON, W.Va. — If Marshall football fans were asked the likely choice to be the Herd’s starting quarterback going into fall practices, more often than not, Texas Tech transfer Henry Colombi would be the answer.

“We have not named a starting quarterback,” Huff said. “Am I naive enough to think that Henry Colombi’s experience is not going to give him a little bit of a leg up? Of course it does. I was ultra impressed with Cam Fancher this spring.”

Fancher was one of six quarterbacks taking part in Marshall’s spring practices. The other spring signal-callers included: True freshmen Chase Harrison and Peter Zamora and Cade Cunningham, Ty Tarpley and Seth Smith. Smith has since decided to transfer and Tarpley is not on Marshall’s current roster.

Colombi is one of two new quarterbacks on the roster, joined by true freshman Cole Pennington, the son of legendary Marshall quarterback Chad Pennington.

Fancher is the only signal-caller with playing experience in a Thundering Herd uniform. He’s played in two games, completing 3-of-6 passes for 46 yards. He’s also rushed five times for 18 yards.

Colombi left Texas Tech after the 2021 season, one in which he played seven games and threw for 1,291 yards with five touchdowns and five interceptions. Marshall is the third school for which Colombi has suited up, as he began his career at Utah State before moving on to Texas Tech.

“I’ve never seen Henry do anything while wearing a Marshall helmet prior to last Friday, so I don’t know if he’s going to be a great quarterback or not,” Huff said. “We’re going to learn together and we’ve got a month to do it.”

Huff and Trickett are looking at intangibles when picking a starting quarterback.

Huff brought in extra assistance this week to evaluate his team and coaches in the opening days of fall practice.

“Sometimes as coaches you can’t see the forest for the trees,” Huff said. “Sometimes a fresh set of eyes can show you something that you may not see. We’ve got a lot of good relationships with a lot of guys who love this place so it’s good to get them here.”

Beer sales at other sports?

Big news came out of Tuesday’s Marshall Board of Governor’s Athletics Committee Meeting.

Athletic Director Christian Spears reported that Marshall’s athletic department is moving forward with plans to sell beer at the Cam Henderson Center, Dot Hicks Field and the planned baseball stadium to come in the future.

Spears said the department has applied for a permit with the City of Huntington’s zoning board.

Beer is currently sold at the Joan C. Edwards Stadium and the Hoops Family Field.

On a related note, Spears said athletics is engaged in discussions with Country Boy Brewing out of Lexington, Kentucky on a possible proprietary beverage and packaging possibly called ‘Herd Country Brew.’

Marshall now in the NIL Game

The “Thunder Trust” will be managed by Tyler J. Hutchinson, a Huntington native and former football player for Yale University.

Hutchinson will oversee the NIL program, which is not permitted to be managed directly by the athletics department.

She served as an assistant coach at St. Joe last season, working under Alyssa Hammond, who didn’t return to the Irish this year.